The European Quidditch Cup (EQC) has been postponed due to the COVID-19 pandemic for the third time. The last announcement said that the EQC would happen in spring 2021, but now it’s postponed to summer 2021.

Quidditch Europe staff decided to postpone the event again because hosting it in the spring would not be safe to attend for Muggle quidditch players, volunteers, and spectators.

We understand if you are disappointed, as this is yet another postponement of a major international tournament. Quidditch Europe is working hard towards making it possible to host an event in 2021. However, due to the ever[-]changing situation across Europe and new measures and restrictions being announced almost daily, it makes it very hard to make any definitive plans for the upcoming year. We have high hopes that the European Quidditch Cup 2021 will be held in summer of 2021 and will keep you informed on the developments.

The European Quidditch Cup was originally supposed to happen in spring 2020, with Division 1 in Ghent, Belgium, in May and Division 2 in Brescia, Italy, in April. Both divisions were postponed the first time to fall 2020 and later to spring 2021. Division 2 should still happen in Brescia. There was an open bid for a new location for Division 1, and the new location has not been announced prior to the latest postponement. 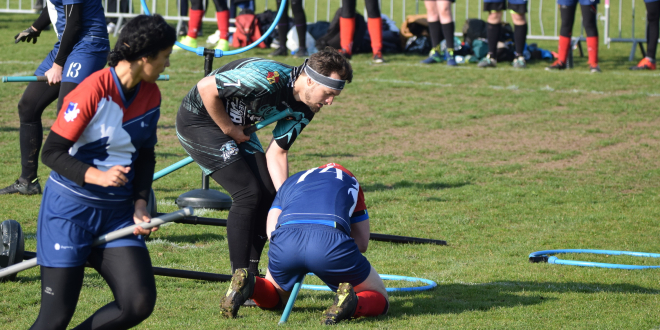 The International Quidditch Association (IQA) European Games are scheduled for summer 2021, which could interfere with the dates for the EQC. Quidditch Europe staff and the IQA Events Department are working together to be sure that the dates won’t clash and that players will have enough time between the events.