There are a lot of reasons to dislike Minister of Magic Cornelius Fudge and call him an ineffective leader. However, it may not be that Fudge denied Voldemort’s return in Harry Potter and the Order of the Phoenix because he was an inadequate leader or a leader who denied the truth in order to stay in power. Trauma theory presents arguments that some of Fudge’s motivations to deny Voldemort’s return come from a very human place. 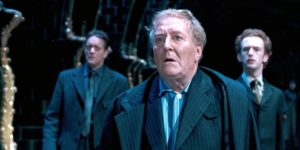 The first reason Fudge would not want to admit Voldemort had returned is that no one wants to be the bearer of bad news. Art historian and cultural theorist Kaja Silverman asserts in her book Male Subjectivity at the Margins that a traumatic event can interrupt society’s dominant fiction. The dominant fiction is the popular perception of a society’s way of life and goals at that moment. For example, the American Dream is a dominant fiction to have a nice car, a house with a white picket fence, and a backyard to host neighborhood barbeques. After Voldemort disappeared the night James and Lily died, wizarding society certainly seemed to have a similar idyllic dominant fiction to the American Dream. The fact Percy Weasley spent his time before the World Cup working on a report about cauldron bottom thickness regulations shows that the magical society seemed pretty calm. Why would Fudge want to obliterate the calm dominant fiction of a post-Voldemort world? As Lupin stated, “[A]ccepting that Voldemort’s back would mean trouble like the Ministry hasn’t had to cope with for nearly fourteen years” (OotP 94).

As Minister of Magic, Fudge had the power to shape the narrative to ensure the dominant fiction was not interrupted. Trauma scholar Kalí Tal notes in Worlds of Hurt: Reading the Literatures of Trauma, “Representation of traumatic experiences is ultimately a tool in the hands of those who shape public opinion and national myth” (19). Thus, the Minister relied on the press to turn Harry’s experiences at Voldemort’s resurrection into delusions of a disturbed teenage boy. 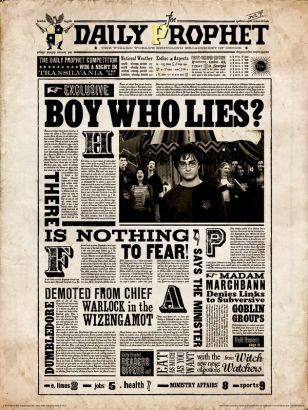 The techniques Fudge and the Daily Prophet used to maintain the dominant fiction are what scholar Kirby Farrell calls social adaptation and relearning. These processes involve the person who both directly and indirectly experienced the traumatic event to reframe or reprocess how the event happened within their own mind and memory. This is done to reduce guilt over what happened or to make it easier for the person to process the event to move on from it. Fudge used social adaption and relearning when he said Barty Crouch, Jr.’s statements before being given the Dementor’s Kiss could not be truthful because the man was a “raving lunatic.” Cedric Diggory’s death was a tragic accident during the Triwizard tournament, an event with a previous history of participant deaths. Harry wanted attention, found the names of those who had been tried as Death Eaters, and declared they had witnessed the Dark Lord’s return. Dumbledore was losing his marbles in his old age. The Azkaban breakout in Order of the Phoenix was done with the help of Sirius Black. As long as none of those aforementioned events were linked to Voldemort, the world could function as it had for nearly 15 years. 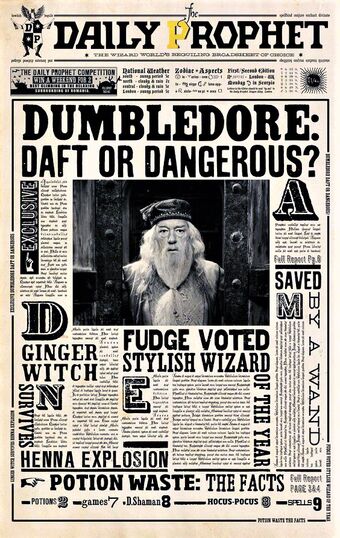 Maintaining the status quo meant Fudge could stay in power. Fudge knew there were smarter wizards who inspired more loyalty than himself (such as Dumbledore), and people would want someone else to lead magical Britain in the aftermath of Voldemort’s return. Granted, Fudge also had little incentive to want to disrupt the dominant narrative since all the indications are there that the people Harry accuses of being Death Eaters were lining the Minister’s pockets.

So in the end, Fudge’s refusal of Voldemort’s return lies in the fact that he was a bumbling man who liked to be in power. But trauma theory helps show that denying the Dark Lord’s return may have been more nuanced than simply a power move. Rather, it was a move that kept most people living in the idyllic dominant fiction where one of the most pressing issues for the international departments were cauldron bottom thickness.

Want to learn more about trauma theory and representations of trauma in literature? Find Kirby Farrell’s Post-Traumatic Culture: Injury and Interpretation in the Nineties here:

Buy on Bookshop Buy on Amazon

Buy on Bookshop Buy on Amazon

Buy on Bookshop Buy on Amazon
Want more posts like this one? MuggleNet is 99% volunteer-run, and we need your help. With your monthly pledge of $1, you can interact with creators, suggest ideas for future posts, and enter exclusive swag giveaways!
Support us on Patreon