Take a Peek Behind the Scenes of “Fantastic Beasts: The Wonder of Nature” Exhibition

The Fantastic Beasts: The Wonder of Nature exhibition at the Natural History Museum in London is in full swing. If you’ve attended it, you know that it’s spectacular. What’s even more amazing is how everything was put together. During the exclusive preview of the exhibition, which MuggleNet had the opportunity to attend, exhibition lead Louis Buckley and head of conservation Lorraine Cornish explained just how tricky it can be to arrange such a magical affair.

Challenges of Creating the Exhibition

Of all the displays there were to see, three stood out to Buckley and Cornish as the most challenging to arrange, and they really had to think outside the box at times.

The skin of an Indian rock python is usually kept rolled up, but for the exhibition, the conservationists had to come up with a new technique, using magnets to display it in its full form. This new way of displaying is so unique, it will be talked about in a scientific paper next year!

The oarfish specimen proved to be difficult to display since it has a very fragile skeleton with a length of approximately 13 feet (4 m). The team ended up carrying it outside to the front of the building to maneuver it into the right place. 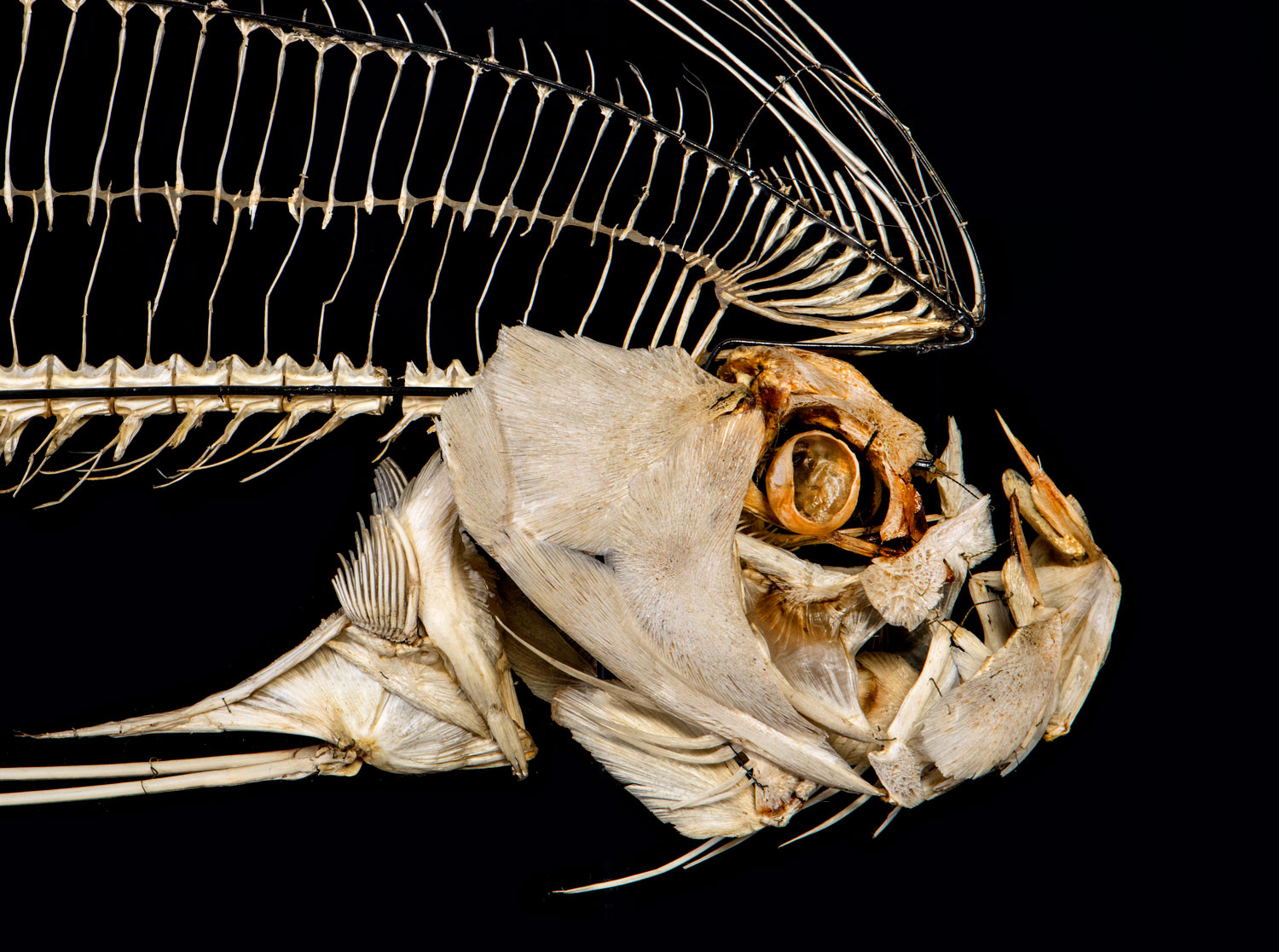 Buckley delighted in the fact that they could display the massive oarfish skeleton:

[The oarfish] is the largest bony fish in the world – it grows up to eight [meters] – but is very rarely seen, and you can easily see how it might have inspired sightings of sea serpents. We are also displaying beautiful artwork from the Fantastic Beasts and Where to Find Them book by illustrator Olivia Lomenech Gill, which was based on the giant oarfish, so there’s a lovely merging of the mythical and the real.

Another specimen that was challenging to display due to its size was the peacock spider. With a body smaller than a grain of rice, Cornish explained it was one of the most difficult displays to arrange. 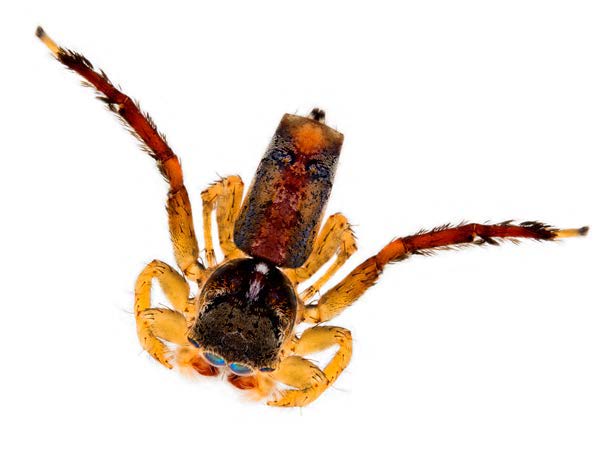 Showing off beasts that only exist on paper or as animation on-screen can also prove difficult. The museum’s close relationship with Warner Bros. allowed them to borrow props to display alongside the real-world specimens and work with the animation team from the Fantastic Beasts films to get some unique visual effects for the exhibition.

Some of the unique models you’ll get to see are the head of the Hungarian Horntail, Newt’s coat and suitcase, his lunascope and Erumpent musk bottle, the teapot from the Occamy scene, and the dragon head from Lupin’s classroom. Visitors can also have a look at three wands with unicorn hair cores belonging to Lupin, Draco, and Ron. To top it off, a stunning newly created model of a Mooncalf is also on display. 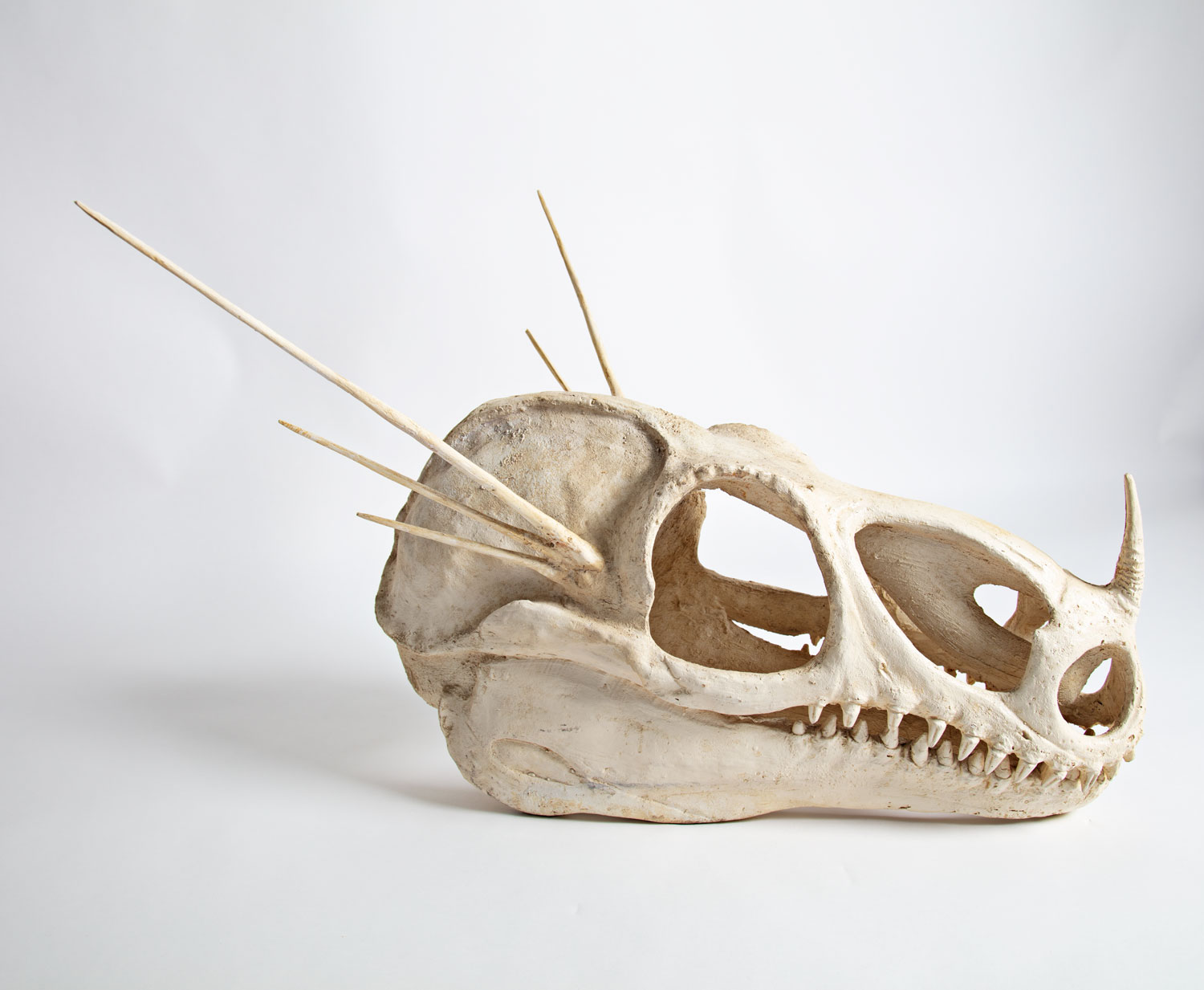 Dragon skull as seen in “Prisoner of Azkaban”

Buckley explained that it was very tempting to add to the existing canon, but they worked with the literary agency that represents J.K. Rowling to ensure that everything stayed within the established Wizarding World canon.

Both Cornish and Buckley had a plethora of new stories to share regarding what they learned throughout the research process for this exhibition. For Buckley, learning about the bonehead wasps that collect bodies of dead animals to camouflage their nests, and learning about animals that camouflage in general, stood out to him. He pointed out that camouflage is a mystery to scientists since we don’t know how creatures manage to do that. Cornish was fascinated by the marine iguana, which can adjust its body size due to scarcity of food, and scientists are still not sure how exactly it accomplishes that. Both were also very intrigued by the oarfish and deep-sea creatures in general since we still know very little about them.

Buckley and Cornish have a great love for real-world and fantastic beasts alike. Buckley mentioned that he would love to have an Occamny living inside one of his teapots, while Cornish would delight in making friends with the elusive and shy Demiguise.

If you’re ready to take a walk on the wild side, you can grab your tickets for the exhibition here.