Take a Mini-Tour of the “Fantastic Beasts: The Wonder of Nature” Exhibition

The Fantastic Beasts: The Wonder of Nature exhibition, featuring 12 magical creatures, has officially opened at the Natural History Museum in London. You’ll be taken on a fantastic journey to learn more about the amazing animals from the wizarding world and the magical facts about their-real world cousins. There’s a lot to see, so let’s take a little tour of the exhibition, shall we?

The fan-favorite Niffler from the Fantastic Beasts films could obviously not be missed in such an exhibition, and visitors get to enjoy an animation of the platypus-inspired beast as it moves around its cave of treasures. Real-world animals that share the Niffler’s affinity for hoarding items are the nesting Adélie penguins. They view pebbles as highly prized items, collecting as many as possible, and then pile them up to build their nest. Sometimes they go as far as stealing from their neighbors, but they run the risk of a sharp peck or a flipper-bash if they are caught.

The Demiguise display features a moving handbag, and if you take a closer look, you’ll be able to spot Dougal, Newt’s Demiguise. They are peaceful, herbivorous creatures that can make themselves invisible. Real-world animals like chameleons, stick and leaf insects, butterflies, and jaguars also have the ability to disguise themselves through camouflage. 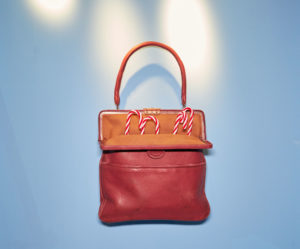 Demiguise bag prop from “Fantastic Beasts and Where to Find Them”

The Erumpent and the subsequent mating scene is probably one of the funniest moments from the first Fantastic Beasts film, and visitors can enjoy an animation of the Erumpent performing its mating dance. Mating displays are fairly common with tropical birds of all kinds as well as the peacock spider. The male peacock spider tries to impress a mate by raising its brightly colored abdomen and waving its long legs. 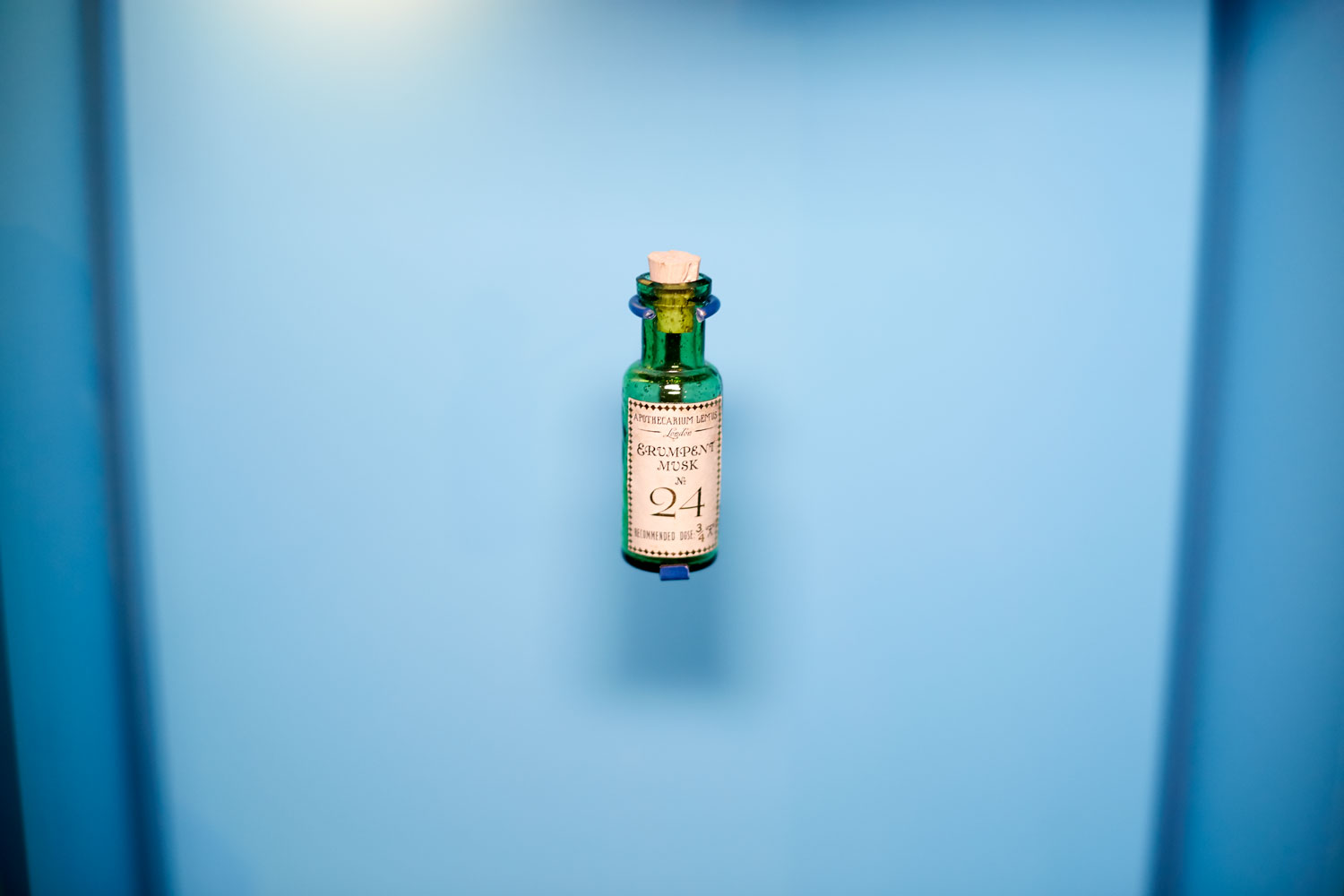 One of the more absurd magical abilities we see in the wizarding world is creatures like the Occamy adapting its size to the space it finds itself in. Real-world porcupine fish can inflate their bodies and expand their spikes when sensing danger, while the marine iguana can shrink its body by up to 20% of its regular length. These lizards feed on algae and seaweed only, and they shrink to reduce the amount of food they need to survive. Once more food is available, they can expand to their original size. 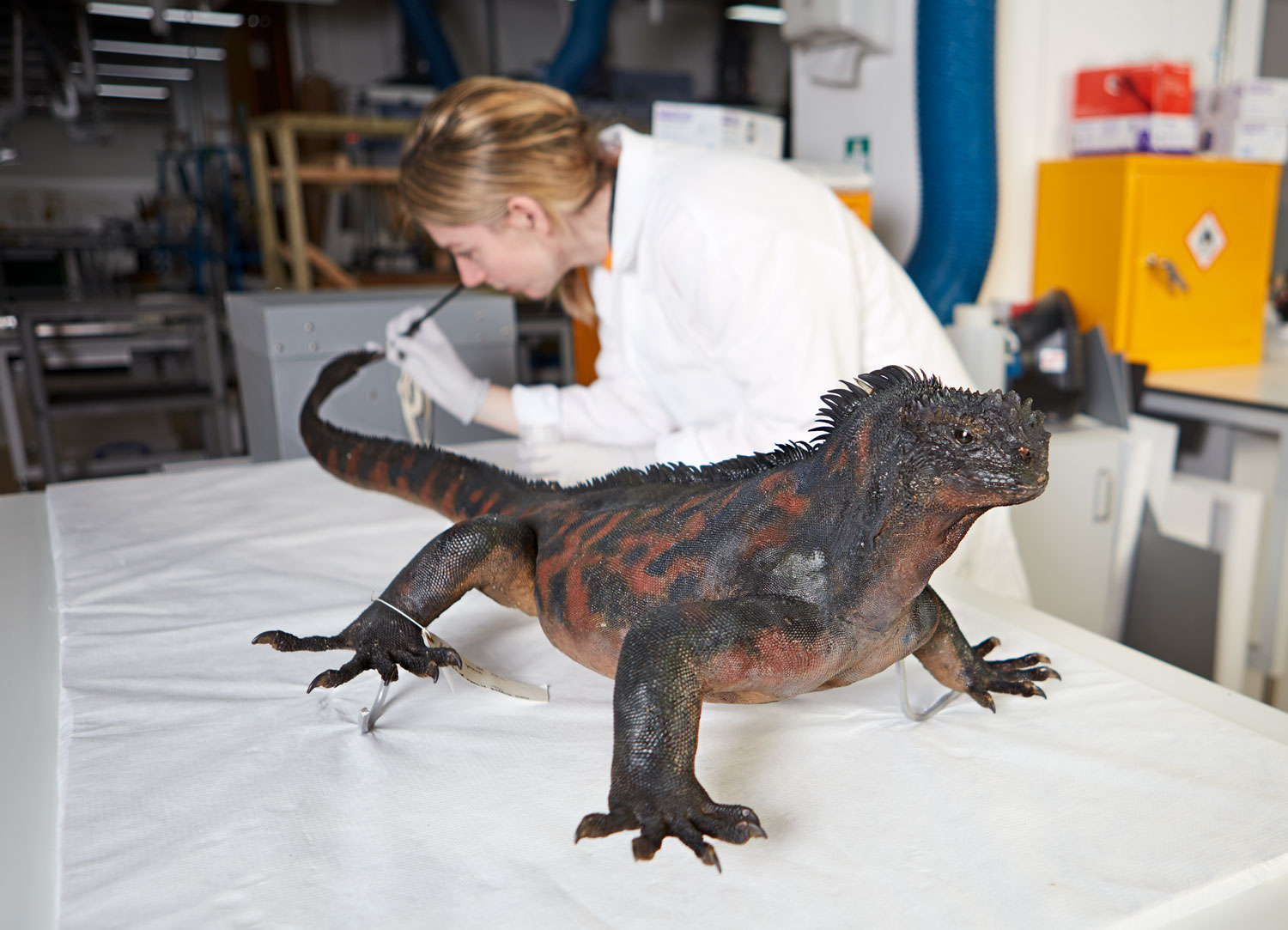 Marine iguana being prepared for the “Fantastic Beasts: The Wonder of Nature” exhibition

During the Fantastic Beasts films, we meet Pickett the Bowtruckle, a loyal friend to Newt. Bowtruckles are known tree protectors and often live in trees with the best wand wood. Real-world whistling thorn acacia trees protect themselves with hundreds of sharp spines. The base of these spines also provides a home for ants, which fiercely defend the tree from anything trying to eat its leaves. Scientists have shown that the ants’ bites and venom can even fend off giraffes and elephants. This is the first time these ants are displayed at a museum. 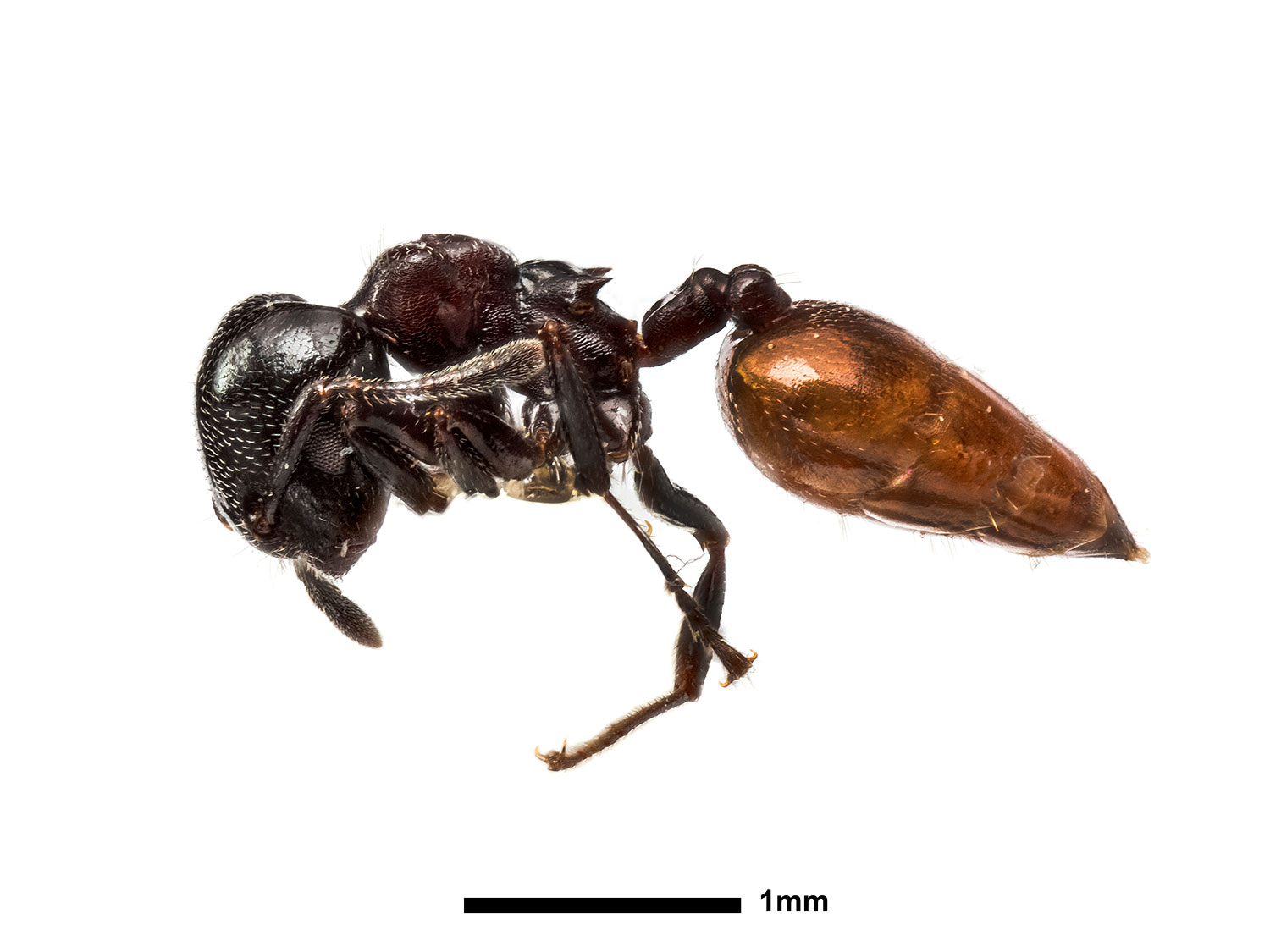 Mooncalves are one of the many magical creatures inside Newt’s suitcase, and you can view a stunning model of a Mooncalf at the exhibition. They are described as having smooth, pale gray skin and narrow legs with large hooves and big, bulgy eyes. The mooncalf is very shy and only comes out of its burrow during a full moon. Similarly, okapis are well adapted to avoiding predators, including leopards and humans. Okapis’ zebra-like markings help camouflage them among dense, shadowy forests. 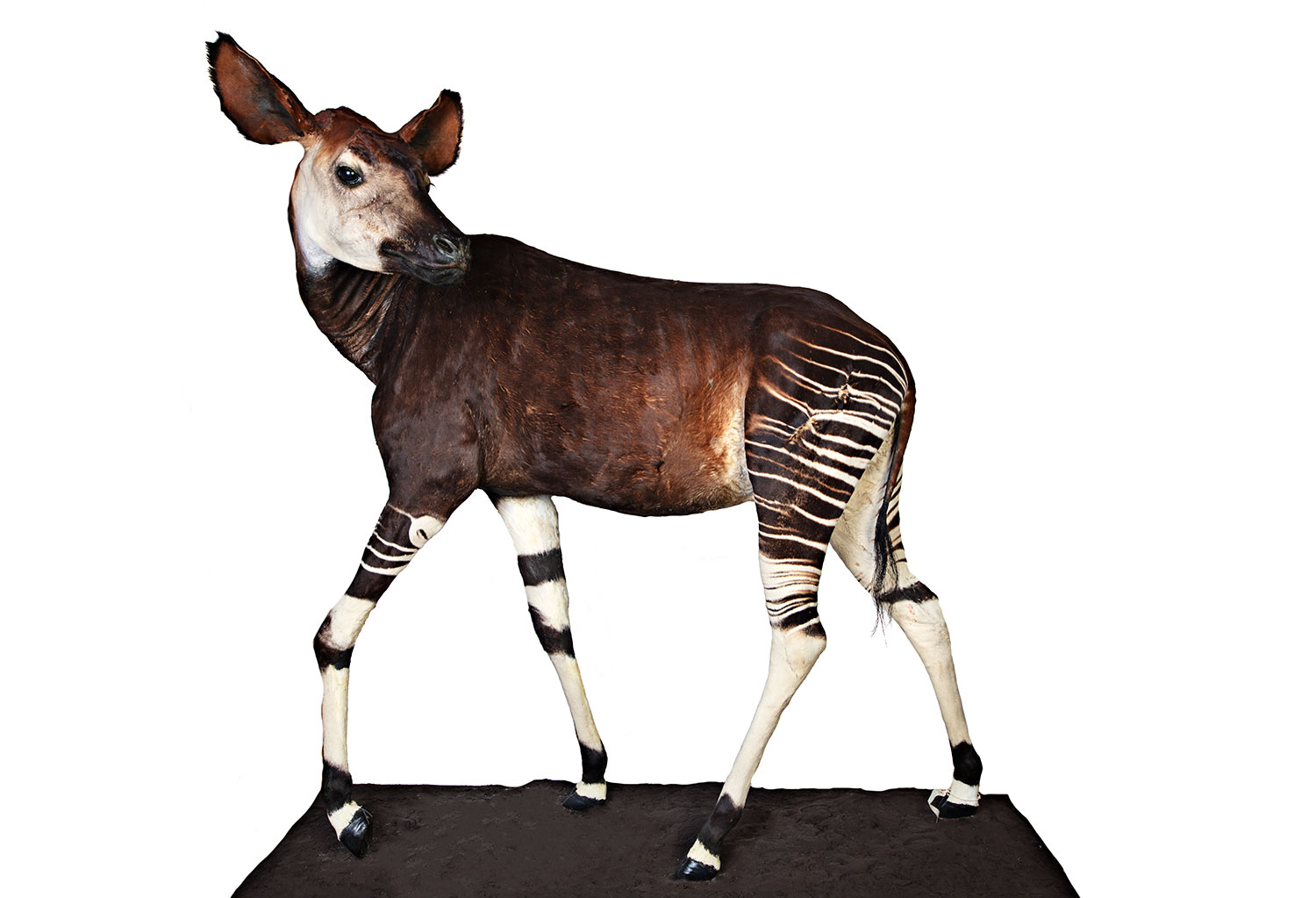 Lastly, you’ll learn how wizards and Muggles alike can coexist with dangerous creatures. While wizards would be best advised to not provoke a Hungarian Horntail, Muggles need to be careful of various beasts as well. Animals that are perceived as dangerous have often been hunted to extinction, like the Caspian tiger. Nowadays, people are educated about these types of creatures and how living alongside beasts like tigers is not only possible but a privilege. 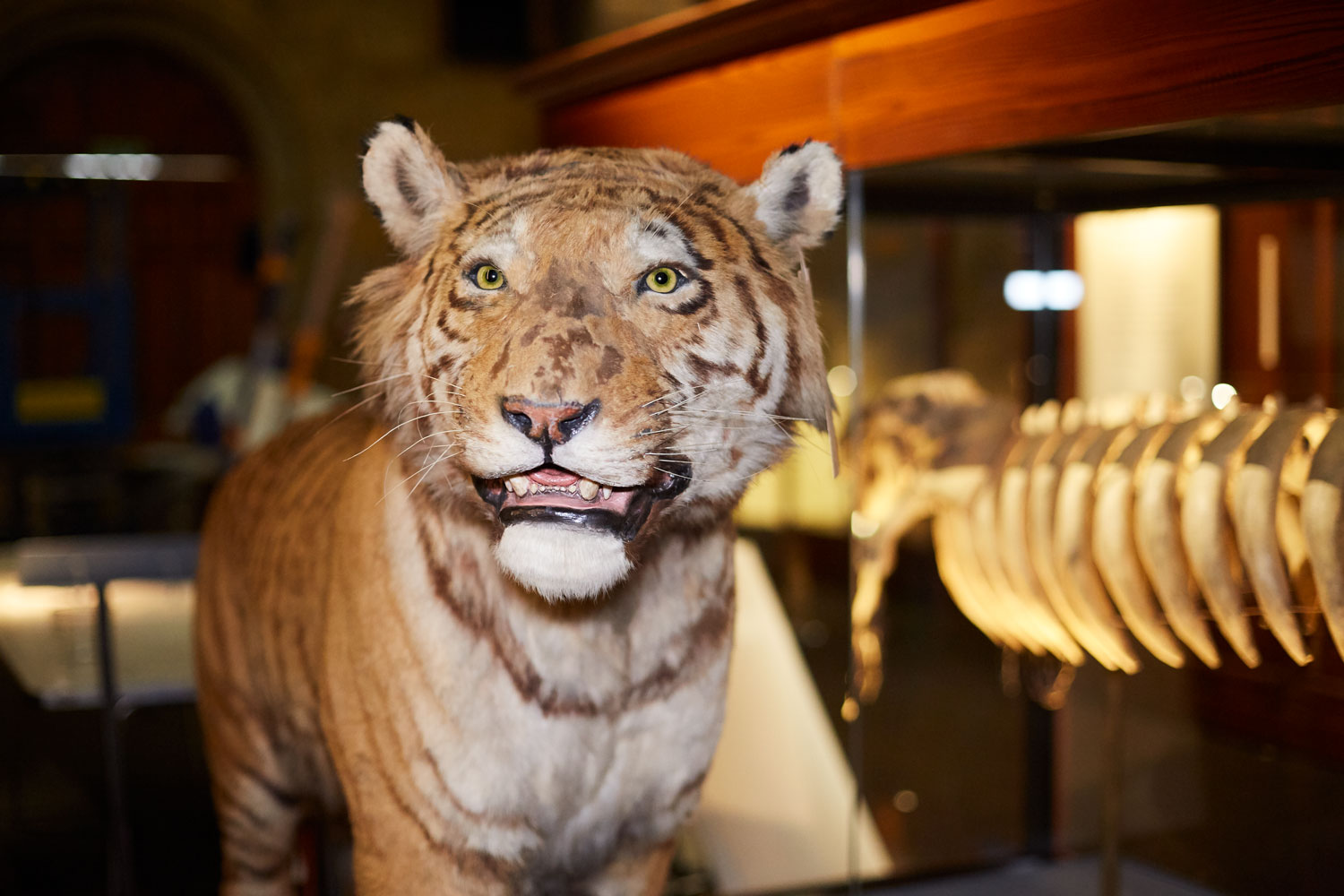 If you are interested in learning more about the exhibition and the beasts featured in it, please visit the Google Arts & Culture website. It allows users from around the world to take a virtual stroll through parts of the exhibition and see over 100 specimens and objects that have been united at the museum.