Despite lockdown restrictions around the world, many Harry Potter fans have still managed to create their own Hogwarts at home.

Luton’s Rachel Wood, an employee at Warner Bros. Studio Tour London – The Making of Harry Potter, decided to give her home a Hogwarts makeover. She’s been doing this for the past three years, reports BirminghamLive, choosing a new theme every time. This year, she’s chosen to celebrate Slytherin. 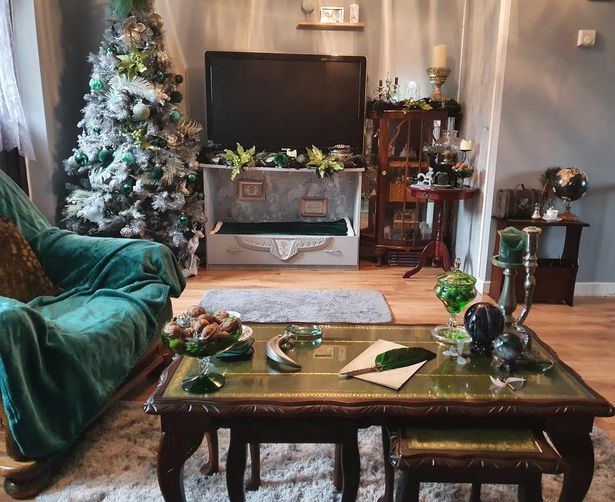 Others have followed her example. Take mother of 22 Sue Radford, who accessorized her holiday display with a toy Hogwarts Express train, and Jess Hester, who created a Potter tree for her family’s display.

Stores have been getting in on it too. The London flagship location of toy store Hamleys has been closed since lockdown began in March, but that didn’t keep it from creating a magical window display for passersby. The display, which advertises items from the Noble Collection, depicts a Hogsmeade storefront and the creatures inside.

Texas’s “Diagon Alley,” a seasonal favorite created by the Pace family in Austin, has extended its run this year. Traditionally, the Halloween-themed display is only visible during October, but due to low turnout because of the pandemic, the Paces have elected to keep it up until the end of December. The display was built to raise money for charity. This year, the theme has been altered from Halloween to the Yule Ball. 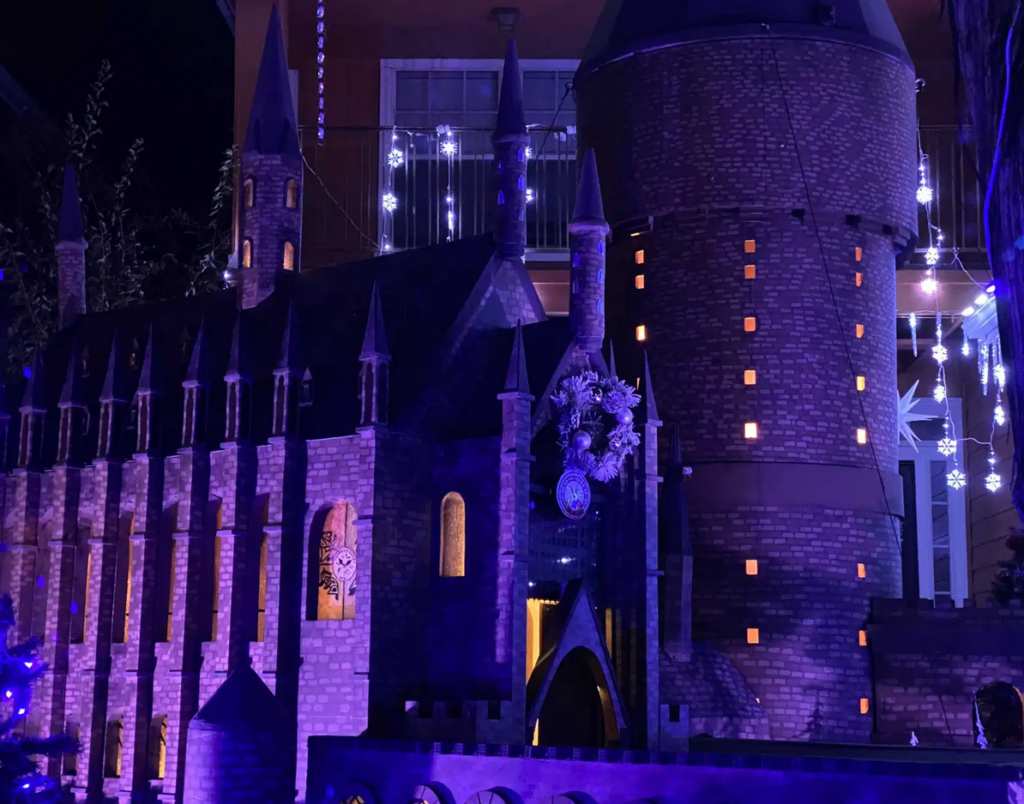 Enterprising Hogwarts fans have turned to DIY to create their decorations. TikTok star @jeannx812 has been posting tutorials since the beginning of the season, each one depicting a new crafting idea to make your home more magical. These include a Potter tree, a Golden Snitch, and floating candles.

What is your favorite Potter holiday tradition? Do you simply watch the movies or turn your home into the Leaky Cauldron? Let us know in the comments!