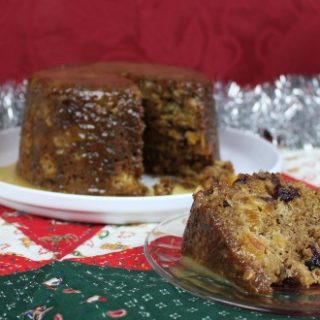 Rita Mock-PikeChristmas pudding dates all the way back to Hogwarts’s founding, and perhaps even earlier! Many families have their own secret recipes for this traditional holiday dish, also known as plum pudding, so we can assume that the castle kitchen makes a very special one for the students and staff.
Print Recipe Pin Recipe
Prep Time 15 mins
Cook Time 4 hrs
Total Time 4 hrs 15 mins
Course Desserts
Cuisine British
Servings 10 servings