COVID-19 is the curse that devastated the theater industry as a whole the world over this year. Incredibly, things are looking up now that some venues are tentatively reopening, but let’s not jinx it. We are still at the stage where we have to put safety first (sorry, Weasley twins). We are on Potterwait rather than Potterwatch for a few more months in light of the latest updates on suspensions of Harry Potter and the Cursed Child productions.

According to the latest official news, the two-part stage play’s San Francisco performances have been confirmed to resume no sooner than May 30, 2021. If you hold tickets for a show at the Curran Theatre, visit the official website to learn about your options and to read the team’s statement:

We fully understand that this is disappointing, so in response, we have opened up new performances in [f]all 2021 in order to accommodate current and future ticket holders. Current ticket holders will be contacted directly with the option to exchange their tickets [for] these new dates.

For now, we would like to recognize our staff, artists and producers for their ongoing support. And especially you, for your continued commitment to the theatre community during this extremely difficult period.

The play is also suspended on Broadway until next year. More about when exactly it is planned to reopen for the public is yet to come.

San Francisco performances of Harry Potter and the Cursed Child are now suspended through May 30, 2021. Return timing…

Posted by Harry Potter and the Cursed Child on Monday, 23 November 2020

The Broadway cast’s Rose Granger-Weasley, Nadia Brown, weighed in on what it has been like to see the dark windows of the Lyric Theatre, her own kind of Hogwarts:

I really wanted to go to grad school before I booked it. I joke around that Hogwarts is my grad school. This first year, I really felt like a freshman in the class of Broadway.

Sadly, just as the Tony-winning production was nearing its anniversary, the theater had to close its doors, but not forever, Brown hopes:

I can’t wait to go back. I dream about it, like, once a week: walking back into the theater. 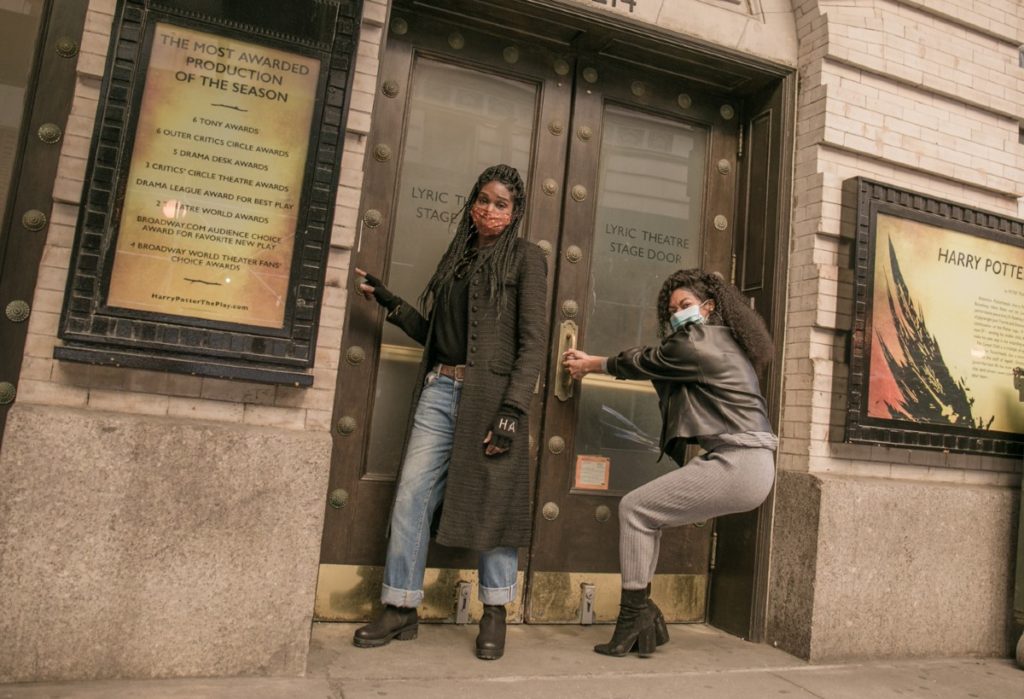 We can relate to that! Brown’s onstage mother, Jenny Jules (Hermione Granger), is also itching to return to what she calls a “dream job”:

I think every actor, if they’re honest, wants to perform on Broadway. It’s kind of boastful moaning when you’re in a really amazing job, you’re doing the job of your dreams, and you’re still going, ‘Oh my God, I’m so exhausted. I wish I could have a day off. Eight shows a week. Oh my God.’ I don’t think I’m ever going to moan about being too tired doing a show ever again.

Brown and Jules have not seen each other since the production got suspended in March, but their bond has not wavered. They are ready to get back to Hogwarts with the courage and persistence of Gryffindors, in Jules’s words:

It’s devastating to see the marquees [with the] lights down. It’s like a still-life painting. But there is this determination that I believe we will be back. We’ve all grown in this weird time that we’ve been separated, and I believe it is for the better. I know that when we all get together, we will all look each other in the eye and just go, ‘We’ve got a job to do.’ Because if one member of the audience walks back into that theater, takes their seat and is brave enough to do that, then we all have to be brave enough to put on the best show that we have inside our bodies.

The London production of the play remains suspended until February 21, 2021. We are keeping an eye on all these dates with fingers crossed and wands at the ready.