What do you think are the most common Harry Potter merch items? Is it Harry’s round glasses, or is it perhaps a Gryffindor robe? Some of us want something a little less obvious to add to our shelves, for example, President Seraphina Picquery’s wand, which was recently added to the collection at Universal Orlando Resort. The selection is expanding again now that the theme park can boast two new and rather rare collector’s items. The Wizarding World of Harry Potter now offers two new wands: one that once was that of Gregorovitch, the wandmaker, and the other that Peter Pettigrew used after joining Lord Voldemort. 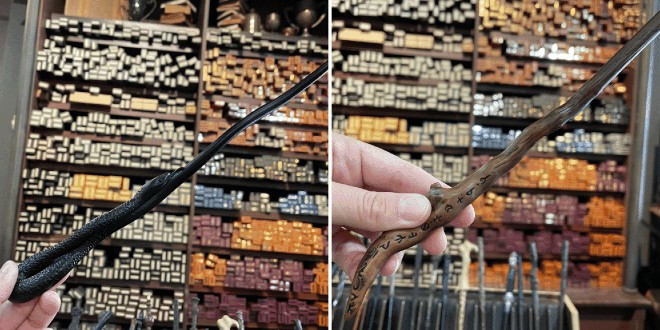 Like the other items in the vast wand collection available to purchase, Gregorovitch’s and Pettigrew’s wands can be spotted in the movie adaptations. In the case of these two designs, they only popped up in Harry Potter and the Deathly Hallows – Part 1 and Part 2, respectively, so you can say they are pretty rare sights. You can find the wands in Ollivander’s shop, the Islands of Adventure Trading Company, and the Universal Studios Store. They are $55 each, only available as interactive wands, and packaged in elegant and simple black boxes. 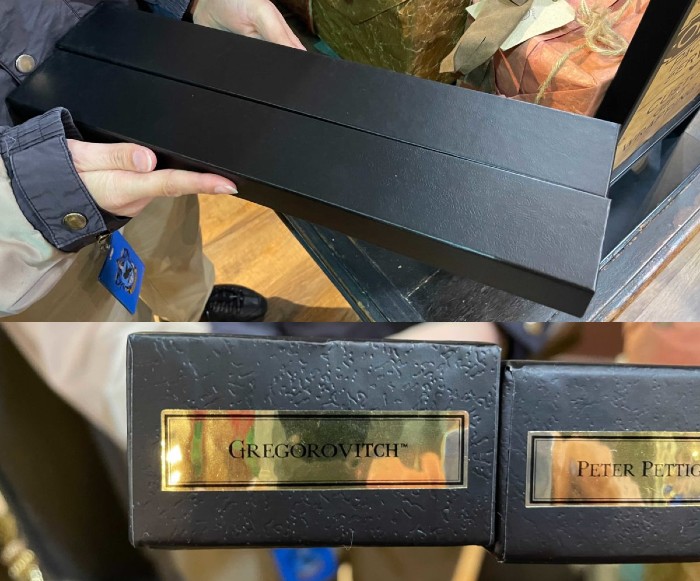 It’s difficult to spot in the movie, but Gregorovitch’s wand is pretty special in its looks, not just for its rarity. It resembles a smooth tree branch with runes carved into the handle. Can you translate what it says? If so, please leave it in the comments below to enlighten us! The renowned Eastern wandmaker would have used this wand to hone his craft before he took possession of the famed Elder Wand. 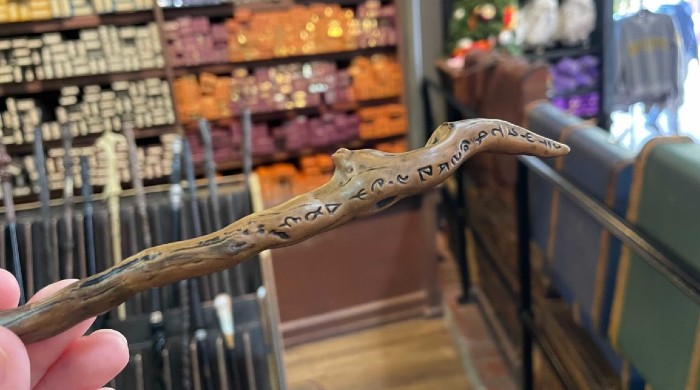 Peter Pettigrew also wielded two wands. He probably bought his first one at Ollivanders, like any other 11-year-old child before starting at Hogwarts. This new and rather scary-looking black wand was his second one. While this was also crafted by Ollivander, it was made to order while the wandmaker was in captivity sometime during Harry Potter and the Deathly Hallows. Pettigrew’s second wand is snake-shaped and bears the shape of an infinity symbol. That’s quite contrary to his arc as a character: He was a rat as an Animagus and in the figurative sense, after all, and his betraying nature speaks of anything but continuity. It does look pretty darn cool, though. 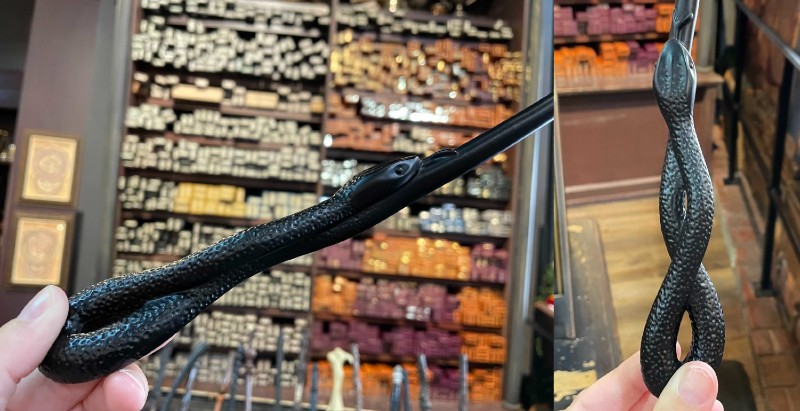 Are you going to pick up either of these rare wands on your next Harry Potter merch haul? Don’t forget to tell us which one you prefer.