This year’s Disney Investor Day promised plenty of surprise announcements and shocking reveals, and it sure delivered – with over ten new productions per Disney franchise, there was lots to unpack and get excited about for every type of Disney fan. Among them was the long-awaited release year of a brand-new Willow series, starring Warwick Davis (Professor Flitwick in the Harry Potter film series). It was officially announced that a show, based on the 1988 dark fantasy drama film of the same name, will be released in 2022. 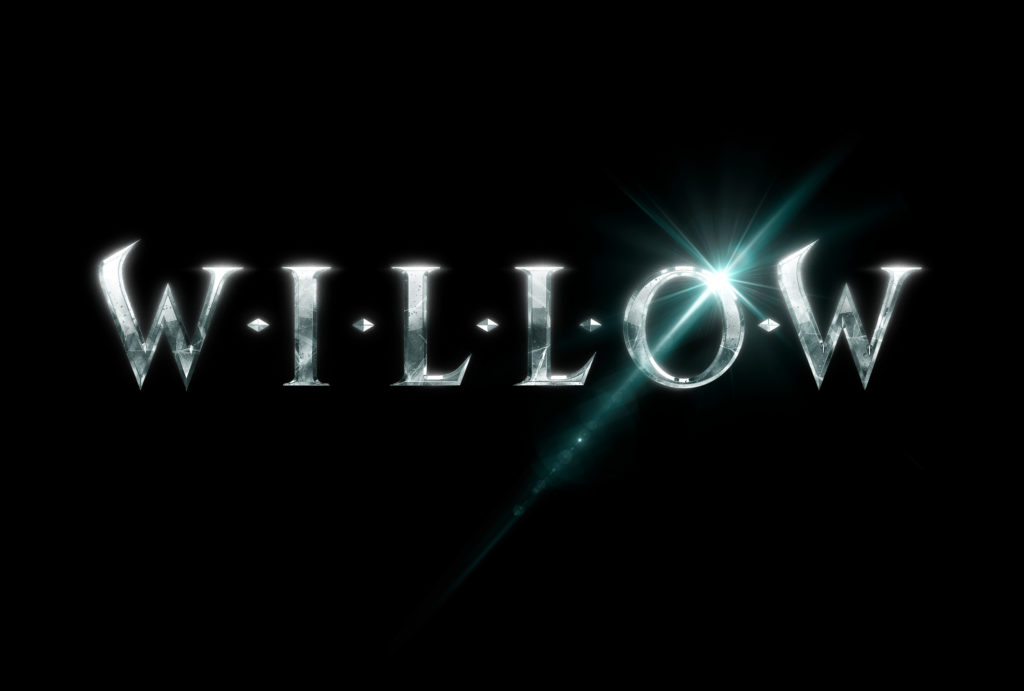 Along with the release date, the show’s logo was also unveiled. The shining silver letters pay tribute to the original film’s logo.

Developed by legendary creator George Lucas (Star Wars, Indiana Jones, Jurassic Park) and directed by Oscar-winning filmmaker Ron Howard (Apollo 13, Steve Jobs, Solo: A Star Wars Story), the Willow film centers on the struggles of Willow Ufgood, a young Nelwyn farmer who must protect the baby Elora Danan from an evil queen, whom she is prophesied to one day overthrow. The Disney+ show is set years after the original film, serving as a sequel to it. Lucasfilm will be producing with Jonathan Kasdan (Solo) and Wendy Mericle (Arrow) as showrunners.

The series’s pilot will be directed by Jon M. Chu, who also directed Crazy Rich Asians and the upcoming film adaptation of the musical In the Heights. Speaking to The Hollywood Reporter, Chu brimmed with excitement about leading the project:

Growing up in the ’80s, ‘Willow’ has had a profound effect on me. The story of the bravest heroes in the least likely places allowed me, an Asian-American kid growing up in a Chinese restaurant looking to go to Hollywood, to believe in the power of our own will, determination and of course, inner magic. So the fact that I get to work with my heroes from Kathleen Kennedy to Ron Howard is bigger than a dream come true. It’s a bucket list moment for me. Jon Kasdan and Wendy Mericle have added such groundbreaking new characters and delightful surprises to this timeless story that I can’t wait for the world to come along on this epic journey with us.

Additionally, Warwick Davis, who portrayed the protagonist in the original film, also shared his feelings about returning to portray the character:

So many fans have asked me over the years if ‘Willow’ will make a return, and now I’m thrilled to tell them that he will indeed. Many have told me they grew up with ‘Willow’ and that the film has influenced how they view heroism in our own world. If Willow Ufgood can represent the heroic potential in all of us, then he is a character I am extremely honored to reprise.

Willow‘s return marks more than three decades since the film first premiered. With many cast and creative team members returning to the fantastical world, expectations and hopes run high for the show. We’ll be eagerly counting down the excruciating two-year wait until it arrives on Disney+!