LEGO has released the soundtrack accompanying its latest 4,249-piece Harry Potter wall art set, Harry Potter Hogwarts Crests, online for all to listen to. All products in the LEGO Art line include one of these soundtracks narrating the story behind it: how it was created, behind-the-scenes access, and the inspiration behind it.

This soundtrack features LEGO designer Kitt Kossmann alongside some of the creative magicians behind the Harry Potter film series. Miraphora Mina and Eduardo Lima, graphic designers and founders of MinaLima, appear on the soundtrack, as well as creative director Alan Gilmore and head prop maker Pierre Bohanna.

Not only does the soundtrack explain the creation of the set, but it’s also an opportunity to talk about everything Harry Potter. The star cast members discuss their experiences of working in the Wizarding World and share their thoughts on the four Houses of Hogwarts.

The set itself was released this month and – at least from LEGO itself – is currently only available for backorder in the United States, although LEGO fans in Britain and most of Europe can still pick one up. Each individual set costs $119.99 and includes instructions to build all four House crests. However, only one crest can be made at a time, so make sure to pick the right one before starting to build! If you manage to purchase four sets, they can be put together to create a giant Hogwarts crest. 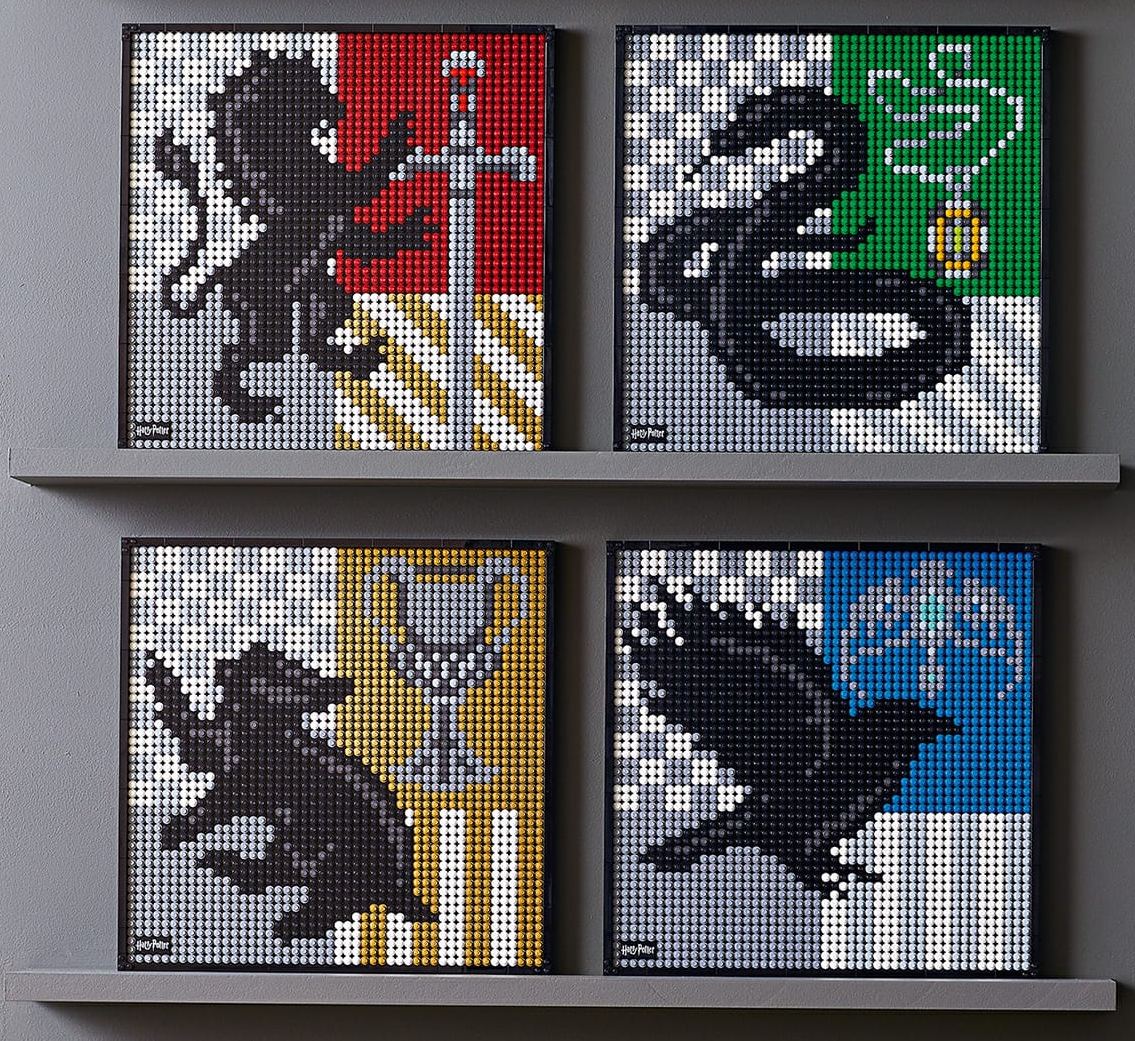 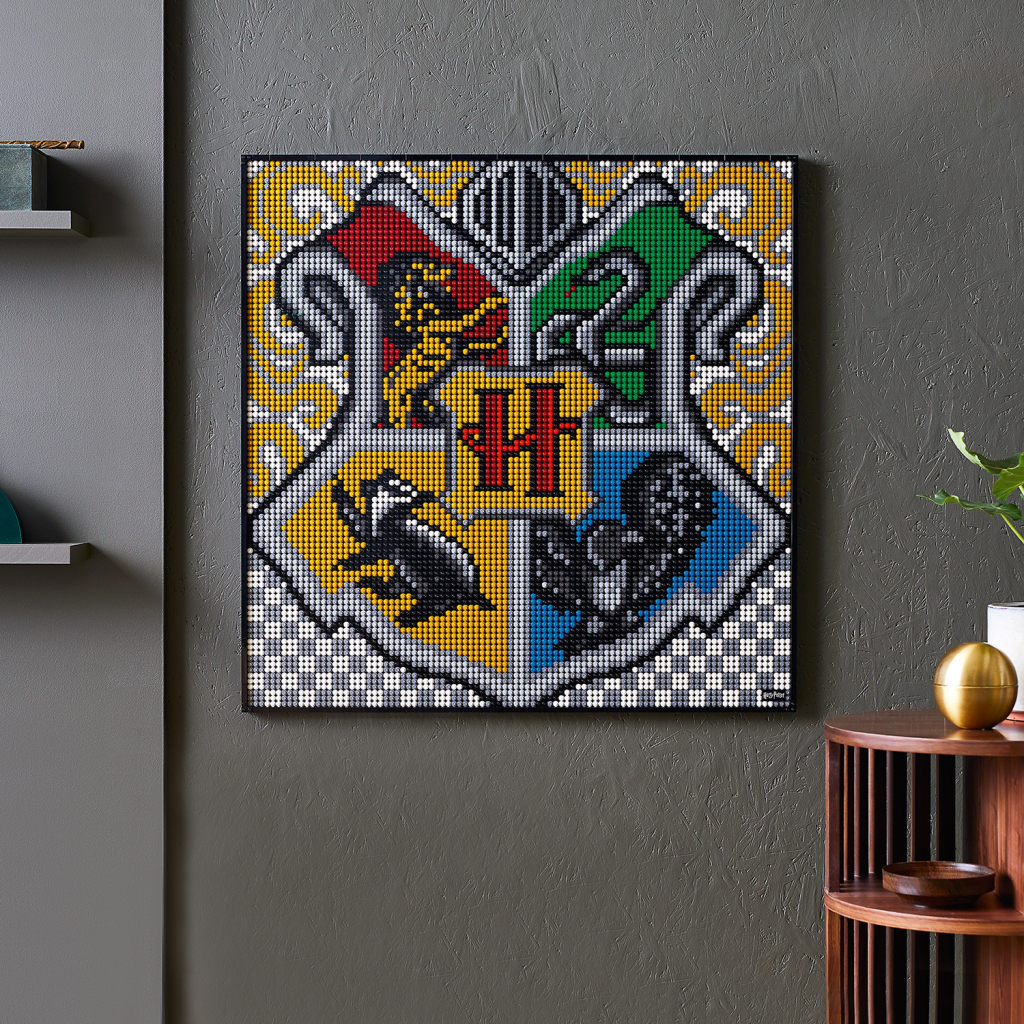 A completed Hogwarts crest, made from four of LEGO’s new Harry Potter Hogwarts Crests wall art sets, is hung on a wall.

On top of creating a magical mosaic, this set is designed to relieve stress, escape day-to-day life, and become a creative hobby for adults and children alike. It comes with a unique hanging element and a brick-built frame to display your final creation, as well as many other useful tools to make it easier for you to show your House pride. Currently, there is also a promotional gift on all Harry Potter LEGO sets (including this one), so if you buy it now, you will get a free Monster Book of Monsters LEGO set.

Which crest will you be building first? Share your creations with us on Instagram or Twitter; we’d love to see this set being brought to life!