Journalist and massive Harry Potter fan Lizo Mzimba recently appeared on a podcast called Celebrity Catch Up: Life After That Thing I Did, where he talked about his tenure on the long-running children’s news program Newsround. In the episode, Mzimba reminisced on his well-known coverage of the rise of Harry Potter, including the time Rupert Grint was banned from a message board for supposedly impersonating himself.

For nearly 50 years, the BBC has aired and continues to air the children’s news program Newsround. Having started back in 1972, Newsround has been credited as one of the world’s first television news magazines aimed at children and has become a staple of British children’s television. Lizo Mzimba was a reporter on Newsround from 1998 to 2008 and is known for his love of the book series and his reports on the Harry Potter franchise. 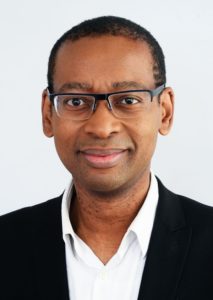 Celebrity Catch Up is a podcast hosted by former BBC News reporter Genevieve Hassan that focuses on beloved music and television from the 1980s to the 2000s. Hassan recently invited Mzimba, with whom she worked at Newsround, to join her on an episode released on August 19, 2020. While the interview is worth a listen in its entirety due to Mzimba’s affable personality, the most pertinent part of the interview for Potter fans is when he delved into his coverage of the then-nascent Harry Potter phenomenon.

Starting at 14:36, while discussing his ten-year tenure on Newsround, Hassan brought up Mzimba’s history of covering the Harry Potter film series. Mzimba recalled the start of his Potter reportage being around the release of Harry Potter and the Prisoner of Azkaban in the United Kingdom, when the series was slowly gaining momentum. Being a huge Potter fan at that point, he reminisced about his first interview with J.K. Rowling, which he peppered with many questions that only a true fan would have.

Likely the funniest part of this clip came from Rupert Grint’s interactions with Newsround. Once the book series was set to be adapted into a film series, Newsround ran a story about Warner Bros. holding auditions for Harry Potter and the Sorcerer’s Stone. Rupert and the rest of the cast were within the Newsround age range at the time, so most of them were familiar with the show, which is how Rupert came to learn about the auditions. Rupert’s relationship with Newsround would end up tumultuous – Mzimba recalled a hilarious story where Grint himself was banned from the show’s message board for supposedly impersonating himself.

Sitcom-level misunderstandings are something that the Wizarding World needs more of. It’s not every day that you get banned from a message board for supposedly impersonating yourself, a funny and charming anecdote that Rupert is likely to reminisce fondly over. Hopefully, it becomes part of Potter fandom in a similar fashion to the way that story where Charlie Chaplin lost his own look-alike contest became part of Hollywood legend. 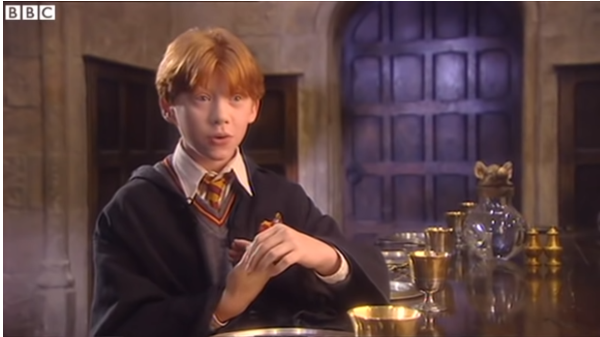 In an interview, Rupert Grint revealed that he learned of auditions for “Harry Potter and the Sorcerer’s Stone” through a report on “Newsround.”

Can you believe that the Harry Potter franchise is nearly 25 years old?! With such a long history in the cultural zeitgeist, many fans have grown up with the series and likely have created many wonderful memories alongside the books and films. Do you recall any fun memories from the early years of the fandom?