Matthew Lewis, whom we’ve all come to love as Neville Longbottom in the Harry Potter films, has taken on the role of a dashing suitor in the PBS reboot of All Creatures Great and Small.

Lewis plays Hugh Hulton, a wealthy landowner and rival of a local veterinarian for the affections of Helen Alderson, a farmer’s daughter who helps manage the farm and take care of her younger sister. Helen is played by Rachel Shenton (Switched at Birth, The Silent Child), and the rival veterinarian, James Herriot, is played by newcomer Nicholas Ralph.

This seven-episode series is based on James Alfred Wight’s books inspired by his adventures as a young veterinarian in 1930s Yorkshire, England. A reboot of the original series from the 1970s, All Creatures Great and Small was a surprise hit when it premiered in Britain last fall and has been renewed for a second season. 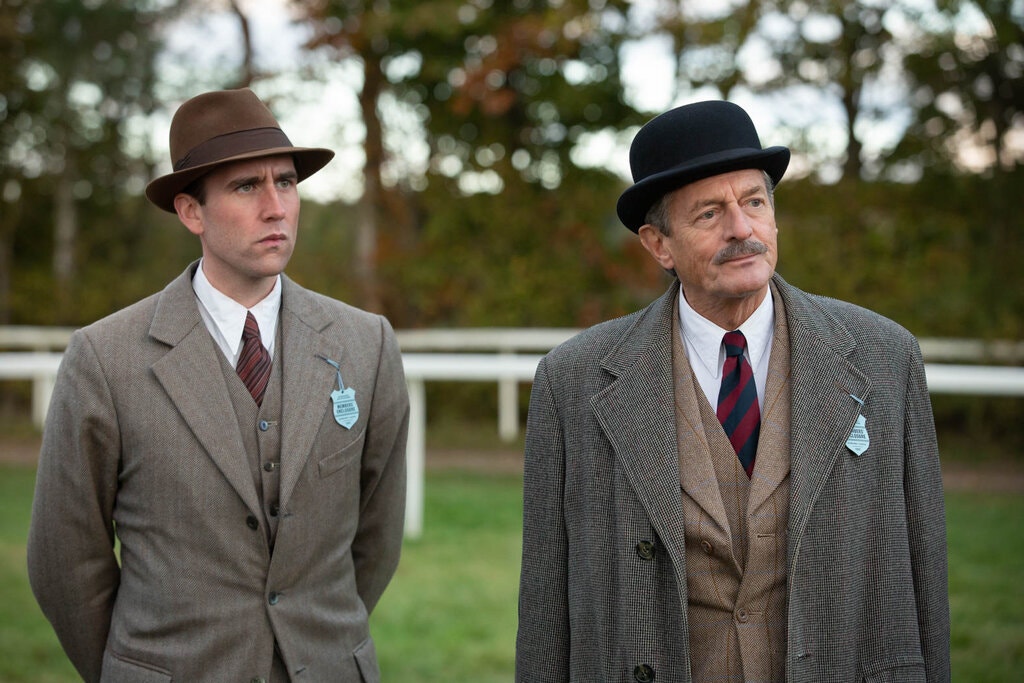 Lewis has kept himself busy since the Harry Potter films concluded. He’s played the self-centered fitness fanatic in Me Before You and has even become a dad in Baby Done. Lewis admits to the New York Times that he was a little hesitant to take on such a romantic lead role.

The original series is a bit of an institution in Yorkshire, and my dad really wanted me to do it, but this guy is supposed to be very dark and handsome, and it has to be believable that Helen’s in love with him. I was like, ‘I don’t know about this. When I shave, everyone will see I look like I’m about 12.’

Brian Percival, the series director, felt certain Lewis had the experience, confidence, and Yorkshire accent needed for his role as Hugh.

I like to cast actors who can relate in some real and tangible way to the characters they are playing. Hugh needs to have an air of natural confidence that is born of privilege, and Matthew achieved that incredibly well.

Lewis has said it’s easier for him to play roles that are not similar to his own life so too much of him as a person doesn’t come through into the character. Even as Lewis continues to build up to heartthrob status, his brother says he still plans pub quizzes for his family on holidays and is fiercely competitive.

It’s great to see Wizarding World stars take on new and exciting roles. Have you watched All Creatures Great and Small? What do you think of the series?