Even though there have been countless tournaments, there haven’t been many quidditch conventions, and none of them has taken place entirely in a virtual space. That’s about to change. The first virtual Muggle quidditch convention, QuidCon 2021, will be held March 5–7. It’s for anyone – from players to volunteers and from referees to directors of tournaments. They only have to buy a ticket, which is pay-what-it’s-worth. That means that any participant can pay however much they want and however much they can afford. The minimum price is $1.00.

The event is organized mostly by Major League Quidditch, which finished its MLQ Virtual on December 16. US Quidditch (USQ) and Quidditch Canada are also involved as coproducers of QuidCon. They all are currently working on a program that should be announced soon. 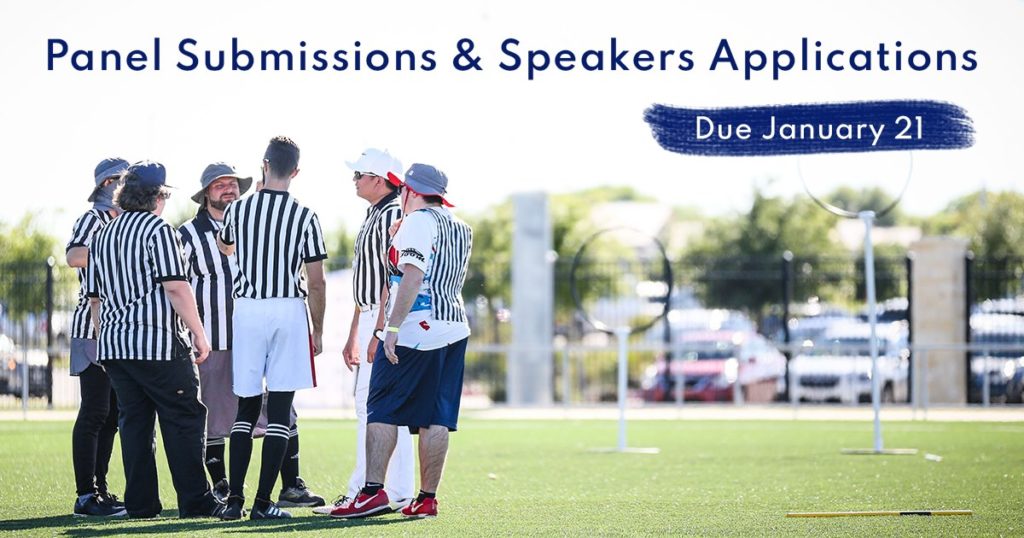 QuidCon is looking for speakers now. Anyone who wants to host a panel has until January 21 to fill out a form on the QuidCon website, and panelists will know if they have been selected the following week. Suggested topics include event management, strategy and tactics, volunteering, social issues and concerns, team management, marketing, and fun activities. Speakers can choose between three formats: a webinar with a presentation, a panel with audience discussion, or a workshop. It is also possible to propose a topic without volunteering to speak about it.