Sir Kenneth Branagh, the actor who played Gilderoy Lockhart in Harry Potter and the Chamber of Secrets, has signed on to play British Prime Minister Boris Johnson in a new TV drama series titled This Sceptred Isle. Expected to premiere in autumn 2022 on Sky Atlantic, the five-part drama will focus on the first wave of the global pandemic and its impact on the prime minister, the government, and the people of the United Kingdom, using firsthand accounts to blend together a narrative. Featuring perspectives from scientists, health-care professionals, and government officials, the series will document the UK’s means of combating and containing the virus.

Michael Winterbottom, known for directing the BAFTA award-winning docudrama In This World, will direct and cowrite alongside Kieron Quirke, whose most recent work includes the BBC sitcom Defending the Guilty. Winterbottom spoke on the country’s unification during the initial wave of the pandemic and how he intends to capture that uncertain time:

The first wave of the Covid-19 pandemic will be remembered forever [as] a time when the country came together to battle an invisible enemy, a time when people were more aware than ever of the importance of community. Our series weaves together countless true stories – from Boris Johnson in Number 10 to front line [sic] workers around the country – chronicling the efforts of scientists, doctors, care home workers and policy makers to protect us from the virus.

While the drama series will focus on the government’s actions to contain the virus, earlier reports on The Sceptred Isle confirmed an emphasis on Johnson. The drama series will feature Johnson’s appointment to PM, his experience with the virus, and the birth of his son during the pandemic. The first wave of COVID-19 was a challenging period for the British PM, as it was for all of us, and this will likely be a challenging role for Branagh to tackle. 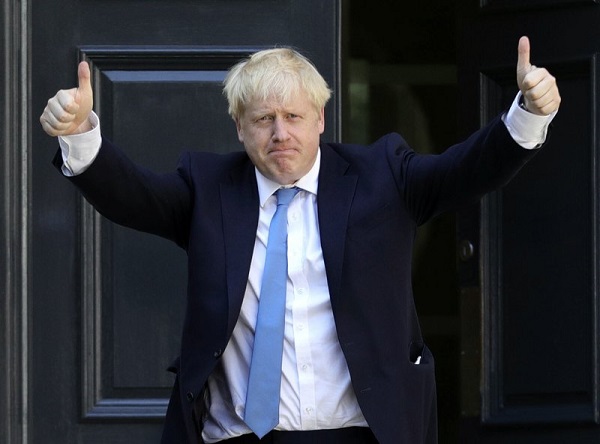 Branagh was last seen on camera in Christopher Nolan’s Tenet, where he played a Russian business magnate. Branagh’s last directorial effort was the film adaptation of Eoin Colfer’s Artemis Fowl, which premiered on Disney+ last June. Recently, Branagh finalized distribution for Belfast, a film he wrote and directed, which he considers his “most personal film.”

Be sure to tune in to Sky Atlantic in autumn 2022 to see Kenneth Branagh play Boris Johnson.

Are you excited to see Branagh play the British PM? Would you watch a drama series chronicling the first wave of COVID-19? Let us know your thoughts.