The Palm Springs International Film Festival has announced that Gary Oldman (Sirius Black) will be the recipient of the Chairman’s Award for his leading performance in Mank, a movie about the groundbreaking screenwriter Herman J. Mankiewicz. Mankiewicz’s story about cowriting Citizen Kane with then first-time screenwriter Orson Welles rings bittersweet to Oldman, who empathized with the plight of movie theaters and theaters in the age of a pandemic.

Oldman previously won an Oscar and a Desert Palm Achievement Award for his performance as Winston Churchill in Darkest Hour. Renowned chairman of the festival Harold Matzner spoke about the decision:

Gary Oldman gives another mesmerizing performance as Herman J. Mankiewicz in David Fincher’s ‘Mank.’ […] We are delighted to recognize one of this generation’s greatest actors, Gary Oldman, with this year’s Chairman’s Award. 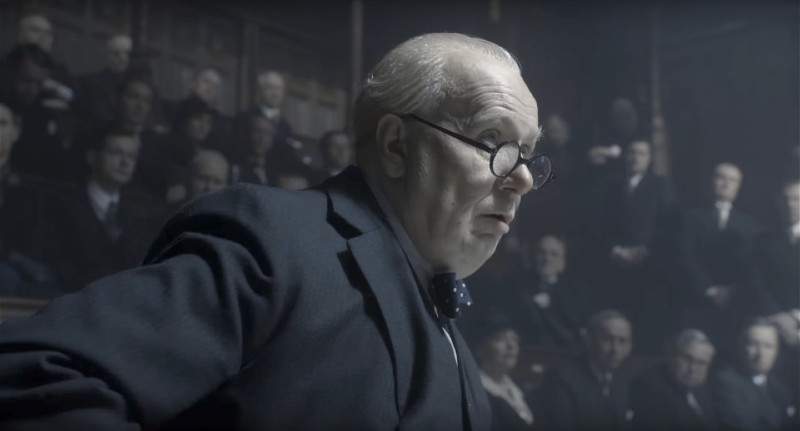 Mank is a stunning and unique film shot in black-and-white and sound edited in order to mimic the early talkies of Old Hollywood, particularly Citizen Kane, which is widely said to be the greatest film ever made. However, Mank‘s distribution is anything but old-fashioned. Talking to ITV, Oldman praised the advantages of streaming on Netflix:

With the new streaming system, I think it takes the pressure off that thing of the opening weekend – “your movie’s got to make this much or you sink” – because they don’t have to open it the same way. […] You don’t have to have that big opening weekend. And I don’t know what it is, maybe it’s two, three, four minutes [that] counts as a view, so if someone connects, views the movie, and [turns] it off, after a certain amount of time, it counts as a view, so it’s a whole different thing.

That is not to say Oldman isn’t saddened that most people will only get to see Mank on the small screen. The actor himself only caught it in a movie theater when it was released for a very limited run last year. Imagine going to see a film with Gary Oldman and him sitting a few rows down. It may be a rarer than rare occurrence in the future as communal entertainment is in crisis and small-screen viewing is the norm for a whole new generation. Oldman said “thank heaven” for streaming companies for keeping industry workers employed, but he agreed with directors like Christopher Nolan campaigning for government funding to keep movie theaters standing.

I would encourage ‘let’s try and keep these movie houses open.’ And some really beautiful movie houses have hit the bulldozer. I remember them, going to the cinema as a kid, some of these wonderful Art Deco palaces that, sadly, have gone. 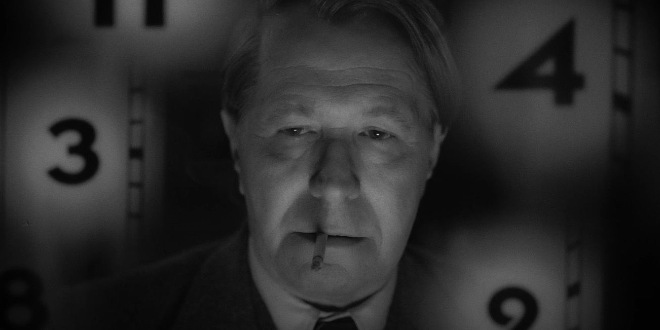 Since the awards season has been pushed back in 2021 with no clear plans on whether we can look forward to live events or streamed versions of the ceremonies that punctuate the film year, Gary Oldman’s performance in Mank is a big contender to get a nod. Oldman is in the process of shooting Slow Horses for Apple TV+ and detailed the way film production works under strict social distancing regulations, which can be stressful but “works remarkably well.” He wouldn’t bet on live award shows happening this year, and he is worried about theater, however:

What is going to happen to the theater? A lot of those places, those old Victorian playhouses, I mean, you’re elbow-to-elbow. I mean, there is no way you can social distance in a Victorian theater. In my car on my way to work, different routes that you take, you go down Shaftsbury Avenue and you see all these theaters that are dark, and my mind just goes to ‘it’s not just actors.’ You’ve got to look after a building. If we ever open up the theaters again, you don’t just open up the doors and let the people in. There’s plumbing, maintenance, then you’ve got the ushers, you’ve got the box office people… The knock-on effect of this in so many areas has been completely devastating. People are really, really hurt, and it’s a real shame.

Let’s hope the day comes sooner rather than later when you’re elbow-to-elbow with Gary Oldman in a movie theater or a theater. Until then, give Mank a view on Netflix.