It has been two decades in the making, but it was worth the wait. Empire magazine’s special issue celebrating the 20th anniversary of Harry Potter and the Sorcerer’s Stone and The Lord of the Rings: The Fellowship of the Ring is out now, and it is a fantasy film fan’s dream come true. Although they have been the faces of the respective blockbuster franchises, this is the first time that Daniel Radcliffe and Elijah Wood sat down for a joint interview to discuss their experiences in the lead roles as Harry Potter and Frodo Baggins. 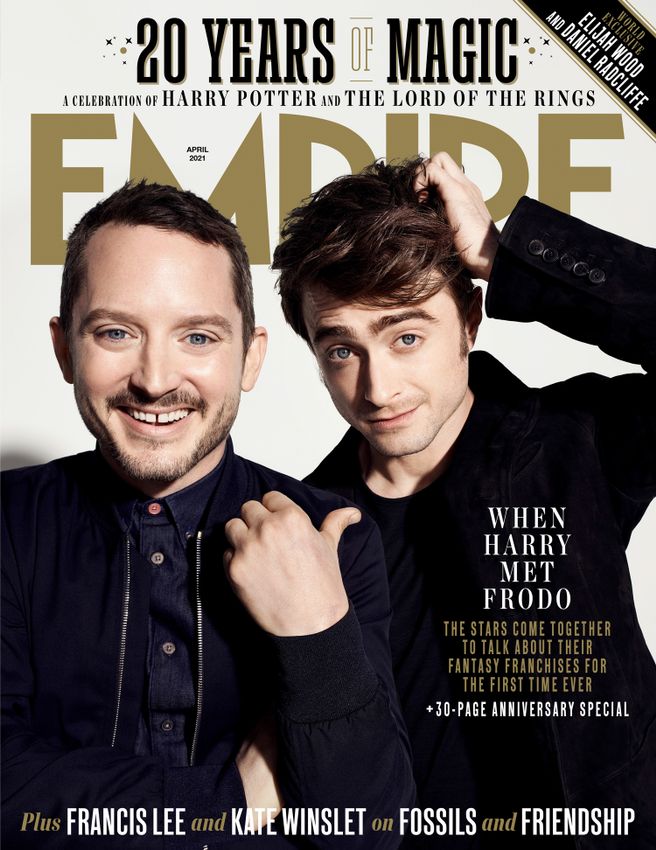 Wood met Radcliffe prior to this first-ever joint interview. It was on the set of Harry Potter and the Prisoner of Azkaban while they were shooting “the Lupin stuff,” Radcliffe remembered. “Because we were kid-kids and you were young men, you seemed like the cooler older brothers,” he said, contrary to the fact that the franchises were somewhat pitted against each other by the media at the time. They did not feel the rivalry, but they have not failed to notice that Potter and Rings are often lumped together. “I feel there’s a large portion of the population that, if you asked them, ‘Was Ian McKellen in Harry Potter?’ would say, ‘Yes,’ just because it feels like a thing that should have happened,” Radcliffe admits before addressing the fact that he and Wood have been mistaken for each other “hundreds of times.” They have each handled this with a dash of humor. Radcliffe remembered one instance:

I was on a red carpet in Japan, and a photo of you was thrust at me. My first instinct was to say, ‘Oh, I’m not… So I can’t…’ but I thought the language barrier would be too much. So the quickest way to deal with it was just to write, ‘I am not Elijah Wood, [signed] Daniel Radcliffe,’ and then hope somebody translated that for him later.

Wood responded with his own side of this coin of mistaken identity:

I have on multiple occasions been applauded for my bravery on stage in Equus [laughs]. Once I was in an elevator in Vancouver and it was just me and this other person, and I could feel them looking at me intently. Just before the doors opened into the lobby, he finally got up the courage, pointed at me and said, ‘Harry Potter!’ I said, ‘No!’ and I walked away. 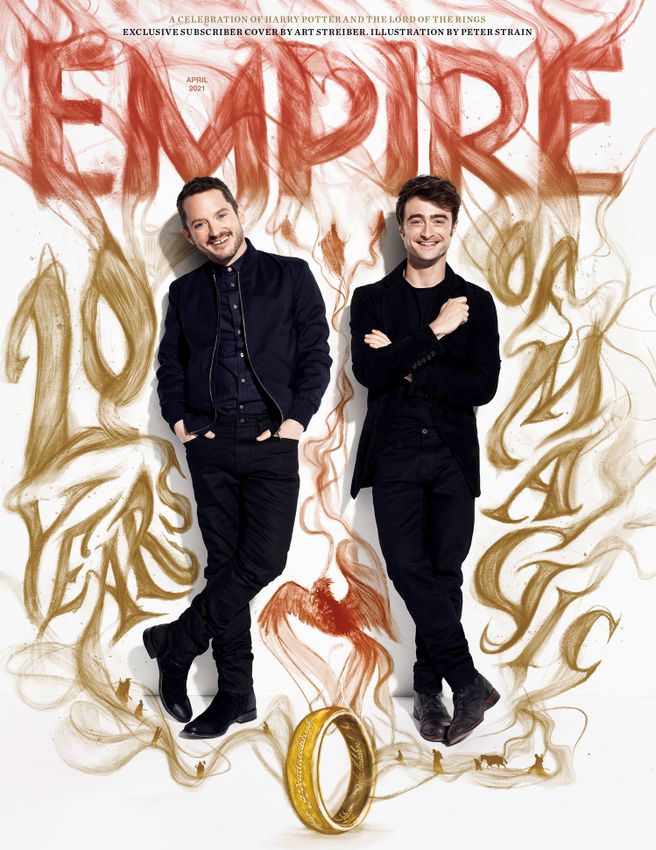 Aside from arguable physical similarities, the actors undeniably share career pathways. They bonded over starting acting as children. As regards their careers after Potter and Rings, they agreed that the liberating success and the financial security have allowed them to go for roles they enjoy ever since.

Radcliffe also inquired about Wood’s memories of doing publicity for Rings in the United States right after 9/11. The Potter cast was flown on a private jet as a result, while Wood remembered being actually in the air on a plane to Los Angeles and seeing the tragedy before being stranded in Cincinnati mid-tour. However, this led to finding another wonderful connection between the two magical franchises that give comfort to so many. Radcliffe said The Lord of the Rings has put his good friend and former stunt double David Holmes through tough times. “I know Potter is like that for some people, too,” he said. “It’s great being involved with something that is so meaningful to people.” Wood agreed, adding, “I’m constantly hearing stories of personal connection: people meeting best friends or people they ultimately married as a result of it.” 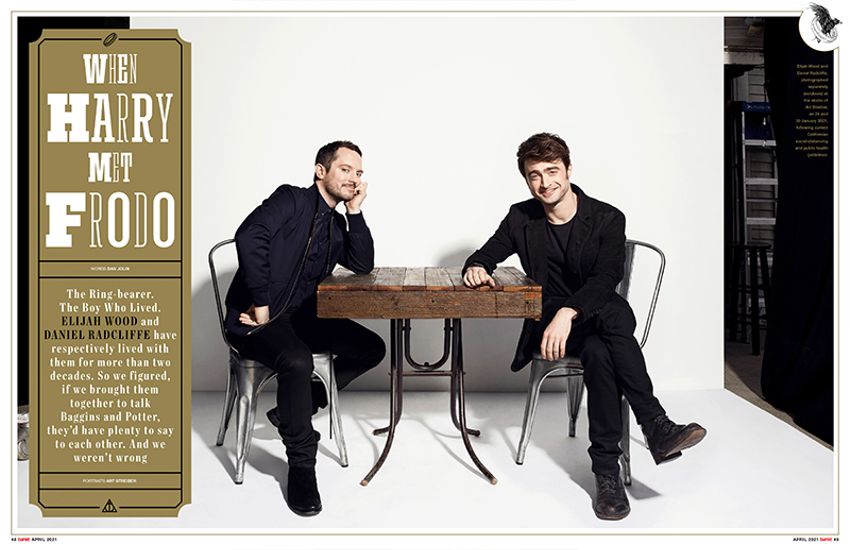 With Amazon’s The Lord of the Rings television series in the making, and Cursed Child and the Fantastic Beasts movies carrying on the Potter legacy, the actors applauded those who continue to expand the worlds, albeit neither of them plans on returning to their roles anytime soon. The interview did, however, hint at the possibility of a joint project given that Wood doubles as a producer and Radcliffe is writing his first screenplay. Don’t get our hopes up. We now really need this!

For now, we can just enjoy this long-awaited collision of fandoms. Order your copy of Empire‘s anniversary issue, which also features an interview with producer David Heyman, today.