Jim Broadbent to Lead the Cast of “The Unlikely Pilgrimage of Harold Fry,” Based on Best-Selling Novel

Rachel Joyce’s heartwarming novel The Unlikely Pilgrimage of Harold Fry was an instant best seller: It made the New York Times Best Seller list in 2012 with more than five million copies worldwide, was long-listed for the Man Booker Prize, and earned Joyce the UK National Book Award for New Writer of the Year. Now, Deadline has announced that the novel can add one more boast to its name: It will be adapted into a film with Oscar, BAFTA, and Golden Globe winner Jim Broadbent (Horace Slughorn in the Harry Potter franchise) leading the cast as the title character, Harold.

The Unlikely Pilgrimage of Harold Fry follows Harold on his 627-mile journey across the United Kingdom to visit his friend Queenie Hennessy before she dies in a hospice in Berwick-upon-Tweed. Along the way, Harold reflects on his troubled childhood with his parents, his estranged relationship with his son, David, his failed marriage with his wife, Maureen, and the problems of the people he meets. In the process, Harold learns to be kind, forgive himself, come to terms with his unspoken grief, and reconcile with his family. 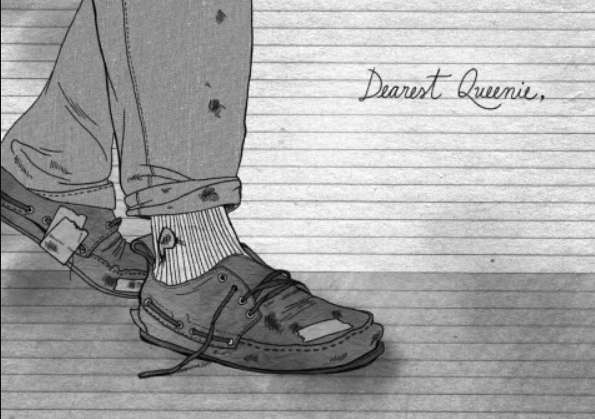 Making the story come to life on the big screen is director and BAFTA winner Hettie Macdonald (Normal People). Macdonald is supported by the three producers who originate the project: BAFTA winner Kevin Loader (The Personal History of David Copperfield, The Death of Stalin), Juliet Dowling, and Marilyn Milgrom. Macdonald spoke to Variety about why she joined the film:

Rachel’s beautiful story is made for cinema: a raw and emotional portrait of a man battling long-buried feelings of grief and guilt in a vast landscape. I find Harold’s journey across England and his belief that he can make a difference extraordinarily moving and inspiring. I am enormously excited to be working with Jim Broadbent, who I know will use his warmth, range and sensitivity to create an on[-]screen Harold who will lodge deep in the hearts of everyone who sees it.

Embankment Films will also serve as executive producers, taking charge of the marketing of the film ahead of Berlin’s European Film Market. Film producer and company founder Tim Haslam commented on his company’s involvement:

Harold Fry invites audiences to make their own pilgrimage and is just what the world could use right now: it is richly humorous, poignant, sometimes painful – always revealing, empowering and transformative. What better time to reflect on our lives and to take positives from the world around us.

As for author Rachel Joyce, this is not the first time that she has collaborated with Jim Broadbent on The Unlikely Pilgrimage of Harold Fry – he narrated its audiobook as well. Nonetheless, she could hardly contain her excitement about a film adaptation of her best-selling novel.

This story is a deeply personal one that has been with me for many years and has resonated with readers, both young and old. Re-imagining it with Hettie has lifted it to a new level, and I know she will make a film that will be beautiful, universal and truthful. It was a ‘small’ book that took the world by storm. We want the film to do the same.

The film will begin shooting principal photography in the third quarter of the year across various locations in the United Kingdom.