Speed Dating in the Wizarding World: The Most Eligible Bachelors/ettes This Valentine’s Day

In aid to raise money for Ghouls Against Pajamas, the Ministry of Magic Events Department put on a Saint Valentine’s Speed Dating Evening where you can date a list of famous and infamous members of the magical community all in the name of charity.

Naturally, The Quibbler was invited, and we sent our most single staff writer to pop along and get the goss on who is the most eligible bachelor or bachelorette in the wizarding world.

The event was located at Madam Puddifoot’s Tea Shop. Madam Puddifoot herself had decorated the space in the usual pink explosion of hearts, balloons, and glitter charms. The only difference I noticed from my Hogwarts days was that the tables had been set up in long rows. We soon learned that those on the left side of the table did the moving at each sound of the buzzer; those on the right side stayed put. I was on the left, and I had five minutes to “date” or get to know the person opposite me and decide if he or she was the love of my life or similar. Luckily, I am an impatient person, and this time limit sounded good to me. Plenty of time to judge someone on their hopes, dreams, fears, loves, and moral compass. I soon realized I wished I had more time with some people and less with others – as you will find out below.

Pros: Smart, funny – tells a great joke about a hag, a healer, and a Mimbulus mimbletonia. Also very handsome.

Cons: Is not really available to date – is only attending this event as Fleur is on the events team at the Ministry.

Pros: Great hair. Seems to be a dominant personality, which is a plus if you like that sort of thing. Also had a pet Niffler as a kid.

Cons: A bit serious, felt like I was at one of his speeches. Sneaking suspicion this was a campaign booster event for him.

Pros: Weird and wonderful, I honestly laughed the most with Xeno. His turn of phrase and droll wit are delightful.

Cons: Was not trying to be witty, is actually deadly serious about his conversations, which dimmed the mood a tad.

Pros: Fun, intelligent, and likes dogs. This was one of the dates I wished lasted a lot longer. Sirius has a way about him that makes one both scared and excited at the same time.

Cons: Talked too much about Snape and admitted he finds it hard to trust, which is not surprising given the whole “betrayed by his best friend” thing. 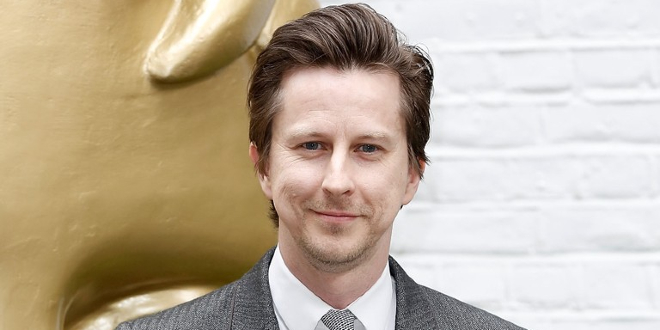 Pros: Wow. Stan is barely recognizable from what I remember at school. A suave debonair gentleman sat in front of me and talked animatedly of his new role.

Cons: Is still not quite “all there” from being Imperiused by the Death Eaters – this new “role” is (in his mind) Minister of Magic.

Pros: Very pretty and has a great sense of fashion.

Cons: Was drunk and sneered at me for being Muggle-born. I thought we were over this, guys.

Pros: So much fun. Possibly the best date as she roped me into an ongoing prank war with George.

Cons: Also is not actually available to date. Is only here as she owes Fleur a favor and lost a bet with Ron over who could eat the most Canary Creams in under a minute.

Pros: Is a reporter’s dream date and was surprisingly open to questions.

Cons: Also not available to date and is doing this as he was part of the Ginny-Ron bet. He’s a good husband.

Pros: Hilarious, kind, and very inspiring. Jacob told me all about his bakery and encouraged me to go after my dreams. Also gave me a voucher to try his new Boston bun recipe.

Cons: None. However, got the feeling his heart was elsewhere.

Pros: Beautiful and oh so lovely, I had never felt so listened to. It was almost like she could read my mind.

Cons: Update – she could read my mind. She is a Legilimens. I am very embarrassed by my trains of thought during our date now.

Pros: Whoa, Minerva knows how to have a good time. We went to the Three Broomsticks afterward and talked for hours.

Cons: Asked me why I never handed in a piece of Transfiguration homework in sixth year.

Cons: As I sat down, she immediately stated, “This isn’t going to work, dear,” then spent the next four minutes and 45 seconds in silence, staring around the room until the buzzer rang.

Pros: If you were after a powerful woman who takes no prisoners, then look no further. She is intimidating, impressive, and a very smooth talker.

Though skeptical at first, I eventually found this to be a splendid night, and at the very least, it gave me insights into who would be worth a date so you don’t have to figure it out for yourself. I actually have a handful of dates organized in the coming days, so sit tight, and if you want to hear more dating stories from the wizarding world, let me know.