A large collection of highly valuable antiques was recently uncovered in Derbyshire, England. The assortment of furniture and fine art paintings has been estimated to fetch between £50,000 and £100,000 at auction. Discovered among the treasures was an ornate lectern made out of wood salvaged from the building used for exterior shots of Malfoy Manor in Harry Potter and the Deathly Hallows – Part 1.

A lectern made out of wood salvaged from Hardwick Hall, the filming location of Malfoy Manor, was discovered in a collection of antiques.

The antiques were found at Over Burrows, a rural cottage located near Ashbourne, Derbyshire. The owner of Over Burrows managed to come into possession of a very peculiar lectern with an interesting history. According to Hansons Auctioneers, the lectern was made out of wood recovered from Hardwick Hall, the cinematic representation of Malfoy Manor. Head of Fine Arts at Hansons Auctioneers Adrian Rathbone hopes that the magical artifact will attract many Potter fans to the auction taking place in April:

This collection of contents is magnificent, and the Harry Potter-related find is just one good example. I’m sure there are many Potter fans around the world [who] would like to own an item connected to the fictional Malfoy Manor.

During the filming of Deathly Hallows – Part 1 in 2010, Hardwick Hall, located near Chesterfield, Derbyshire, was selected to bring the Malfoy residence to life because of its large windows and multitowered skyline. The Elizabethan country house was primarily used for exterior footage, which was captured with the use of helicopters and can be seen in a few sweeping aerial shots in the first and third acts of Deathly Hallows – Part 1. Filmmakers also took photographs inside Hardwick Hall as a reference for interior shots in the studio. While their attention to detail is worth your admiration, it was very difficult to discern any of those details when all the indoor scenes lacked sufficient light.

Malfoy Manor was featured prominently in “Harry Potter and the Deathly Hallows – Part 1.” 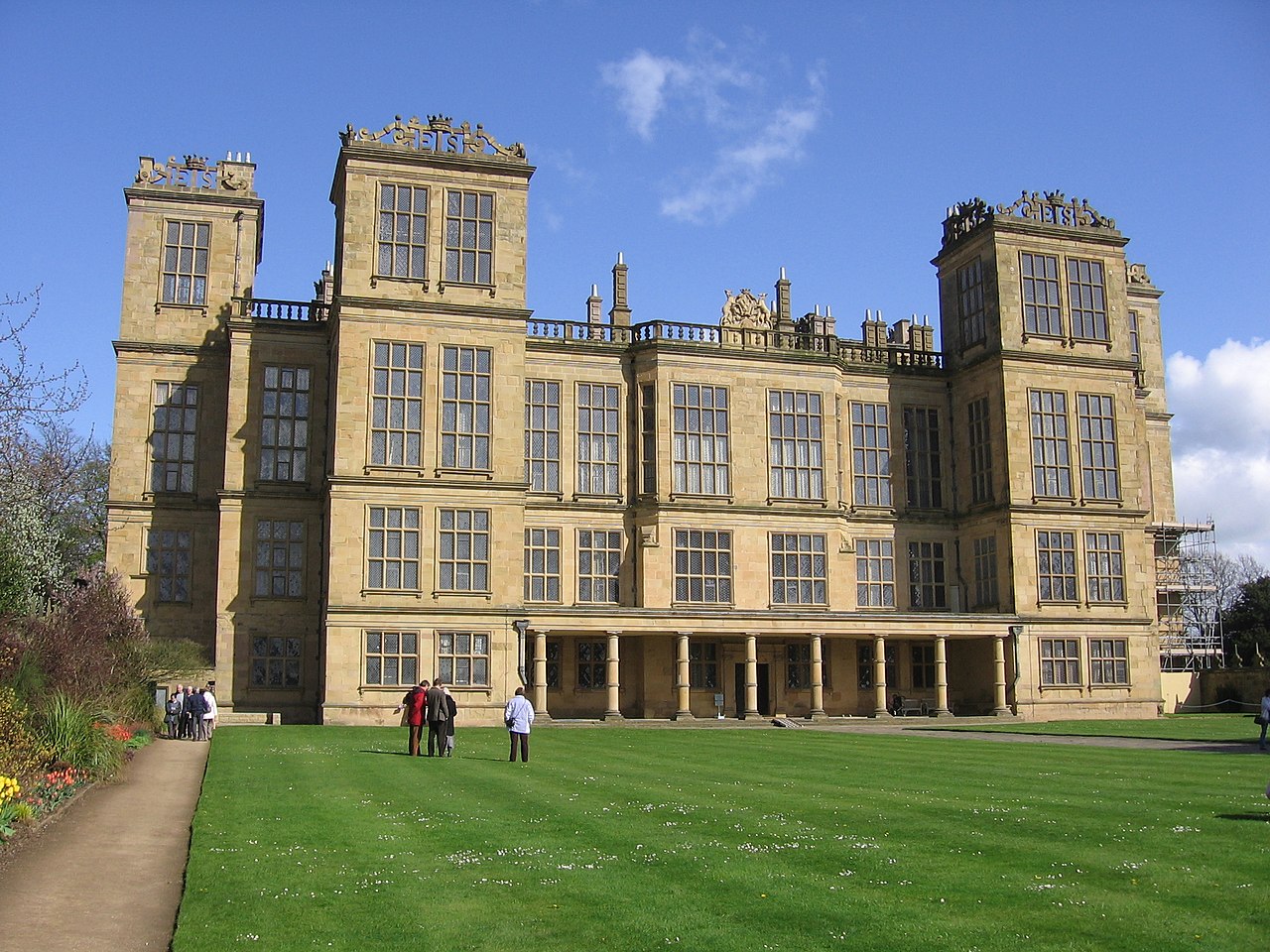 Hardwick Hall was used for the exterior shots of Malfoy Manor in “Harry Potter and the Deathly Hallows – Part 1.”

In 2019, Hardwick Hall was listed as one of the top 15 most-visited Harry Potter locations by Uber, with more than 298,000 visitors.

The collection also includes furniture such as a mirrored back bookcase, a dining room table with chairs, and original artwork from the 18th and 19th centuries. If you would like to get your hands on any of these items or the beautiful lectern, be sure to head over to Hansons Auctioneers at Bishton Hall, Wolseley Bridge, Staffordshire, on April 8, 2021. Unfortunately, the auctioneers have not provided any additional information regarding the lectern. Considering the fact that Hardwick Hall is constantly undergoing maintenance, it’s not difficult to believe that wood from the site was reclaimed and transformed into this gorgeous piece of furniture. The full catalog is expected to go up on March 30, so we’ll hopefully learn its story very soon.

Have you ever wanted to own an authentic prop from the Harry Potter films? Or perhaps something small from one of the many shooting locations? Do you happen to own something with a proper connection to the films? Please let us know in the comments or tag us on Instagram if you want to show us any prized Potter possessions.