The best part of any fandom is its fan fiction, and holy hippogriffs did the Harry Potter franchise birth some truly awesome works of art. My favorite fan-made additions to the Potterverse are the queer ships, which fill out a major deficiency in the source material. The richness of some of these fics has the potential to rival even the original text – ranging from angsty slow burns that hit you right in the feels to fluffy one-shots that are sure to leave you giggling like a 13-year-old.

Sit down, because I need to ramble about my favorite queer ships like it’s one of the most important things in the world. Because it is. 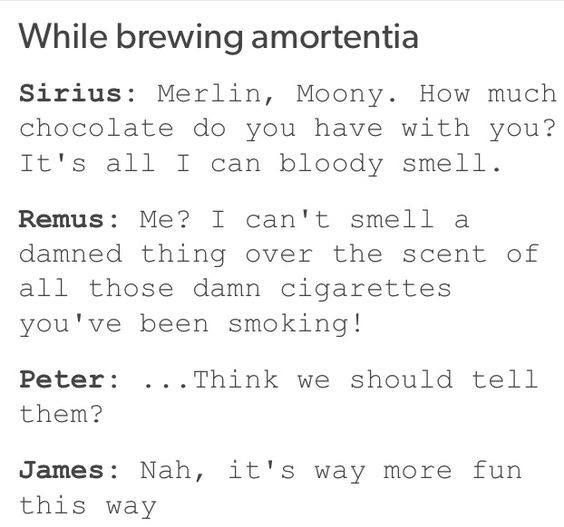 I. Am. Obsessed. This is partly because I love these two idiots an unhealthy amount and partly because I am a sucker, unlike many, for the friends-to-lovers trope. There isn’t much about these two Marauders’ personal lives before the war in the books, which leaves much to the imagination and becomes a perfect breeding ground for some incredible stories. Give me a fic with Wolfstar raising Harry after the events of Godric’s Hollow and I’ll be a total emotional mess. 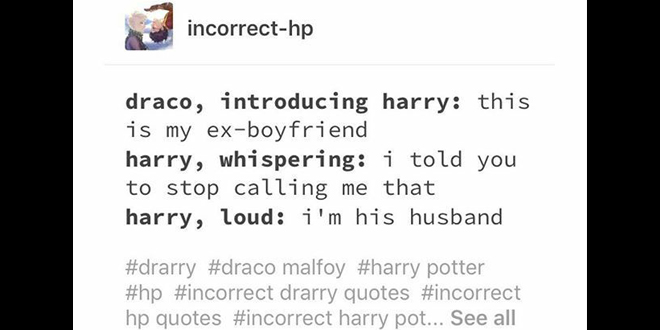 Drarry was my first exposure to fan-made content. Before that, I believed that the books were to be treated like the Bible and that one shouldn’t deviate from them at any cost (boring!). But who doesn’t love some good old enemies-to-lovers angst? It’s especially good when featured alongside a satisfying redemption arc for Draco that we all craved but were never given. It does not help that even canonically, the two are obsessed with each other. I love Hinny, I do, but the companionship between drama queen Draco and sass king Harry is an absolute delight.

Luna is one of my favorite characters, because she is unapologetically herself, no matter how weird that self is. Of all the characters that we come across, it’s Ginny who not only appreciates Luna’s absurdity but also respects it. I’ve always thought that a Ravenclaw and a Gryffindor would make a great pair – what better example for that than Linny? I love this ship because it is made up of two self-assured queens, both having their own distinguished personalities without any of that toxic codependency. 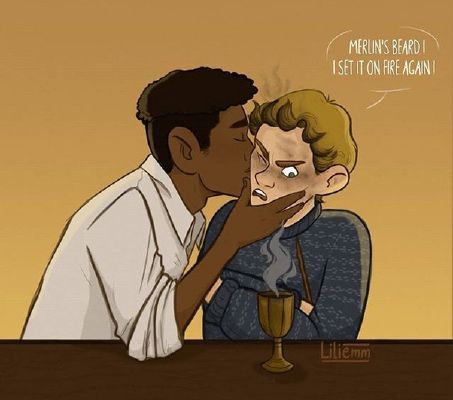 I don’t ardently ship Deamus, but every time I come across a headcanon, it warms my heart. They are a perfect respite from the adventure and drama of Harry’s story, giving a peek into the lives of these background Gryffindors. There isn’t much information on the whereabouts of these two after the Battle of Hogwarts, so the fandom took it upon themselves to help them find love in each other. Honestly, knowing how observant our boy Potter is, Deamus could easily have been canon all along. 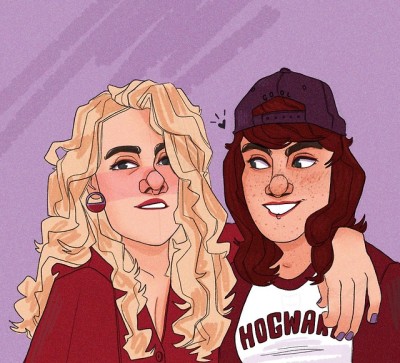 This is where the true beauty of fan-made content shines through. Marlene and Dorcas were mentioned once without anything to insinuate any kind of familiarity amongst themselves apart from being members of the original Order, and yet they have become the fandom’s favorite lesbian icons. The utter lack of canon content to be boxed into makes these fics particularly enjoyable since the character interpretations are wildly varied with every new fic. Also, they often feature background Wolfstar and Jily, which is the surest way of getting me hooked. 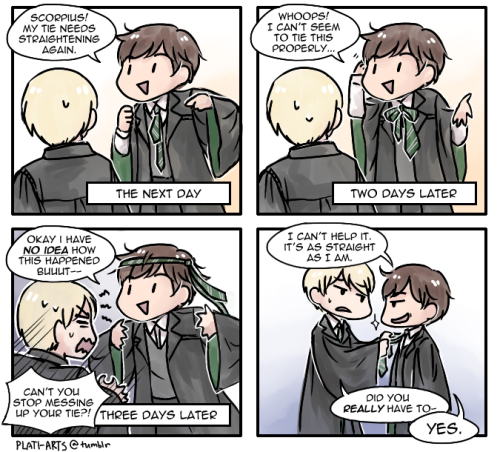 I have to be honest – I don’t like Harry Potter and the Cursed Child. But if there is anything that I enjoyed about it, it was sweet little cinnamon roll Scorpius Malfoy and the Scorbus undertones. My Slytherin identity already makes me biased toward these boys, but how can you not love how soft they are with each other? Contrary to the chaotic energy of Drarry, Scorbus is more of a balanced combination, with Albus jumping off the walls (much like his father) while Scorpius embodies the perfect grounding force to keep him going off the rails (much unlike his father).

I don’t give a damn that none of these ships are canon. The fact that someone loves this world and its characters enough to choose them as vessels to express themselves is beautiful to me. Apart from all the feels, these fics have broadened my perspective, deepened my empathy, helped me recognize my own internalized biases, and taught me how to be a better ally.

Let’s not waste our energy on ship wars when there is so much love and creativity to go around. After all, love is love.