UPDATED: Rare Signed “Harry Potter” First Editions and “The Field” Movie Poster Are Up for Auction

Rare items are going under the hammer that may be of interest to fans of Harry Potter. This includes the books and the movies alike. Fonsie Mealy Auctioneers has offered not one but two signed first-edition copies for bid. Moreover, film buffs can look forward to bidding for a rare poster of the 1990 Irish drama The Field, which starred Richard Harris (Albus Dumbledore in Harry Potter and the Sorcerer’s Stone and Harry Potter and the Chamber of Secrets) and Sir John Hurt (Garrick Ollivander).

There are collectible items in every fandom, some widely available, some quite rare, and some that grow extremely rare with time. Harry Potter is no different. Owing to the persistent popularity of the book series, the most expensive type of items are either first-edition books or signed copies. When an item has both of these characteristics, it is no wonder it hits auctions rather than eBay.

If you are looking for something special, you can head on over to Fonsie Mealy Auctioneers’ website to get in contact for some rare treasures. A deluxe first edition of Harry Potter and the Philosopher’s Stone is available now priced at €4,000–5,000. Published by Bloomsbury in 1997, the copy is bound in bright red cloth with gilt lettering. Included with it are a custom-made red slipcase, the author’s signature on the title page, and a signed typed letter from the author’s personal assistant regarding the book and the signature. 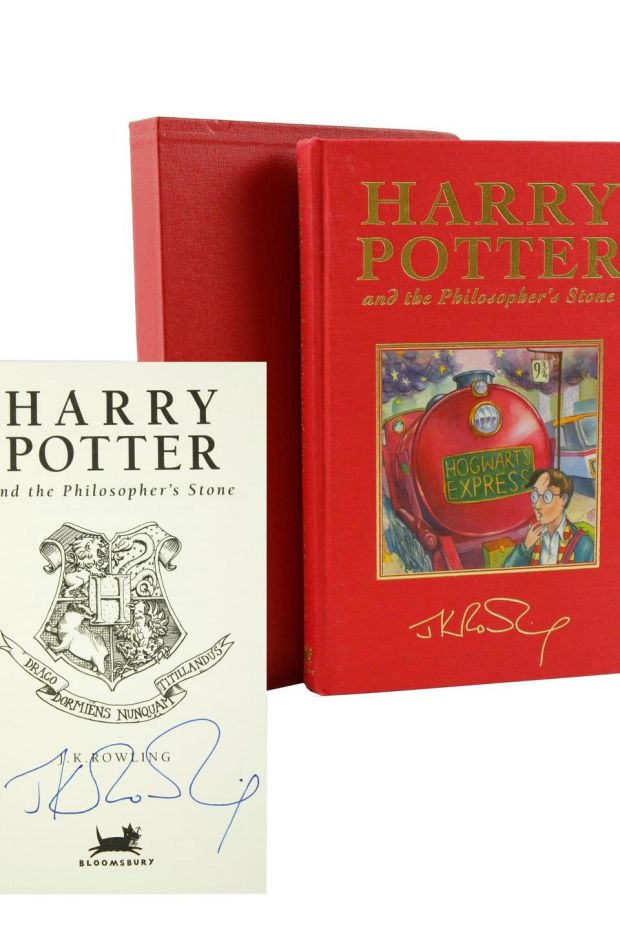 Also available for bid is a first-edition copy of Harry Potter and the Chamber of Secrets published by Bloomsbury in 1998. This is signed not only by the author on the title page but also by illustrator Cliff Wright on the back cover. This item is priced at €3,000–4,000, and it comes in a custom green cloth slipcase. 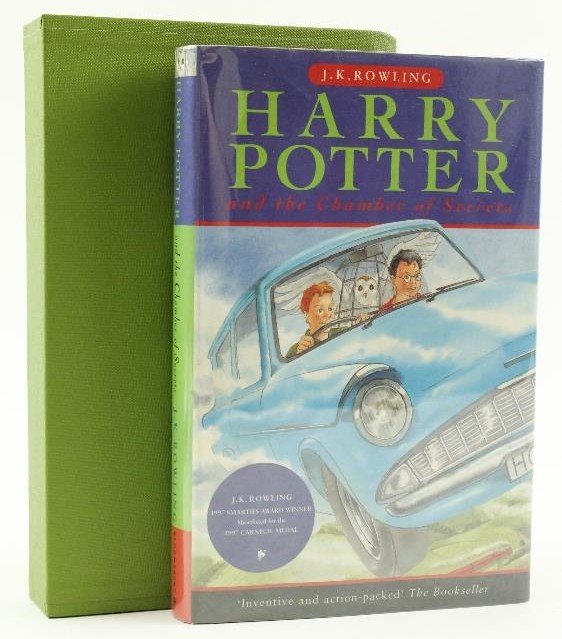 Two of the legendary Richard Harris’s last appearances on-screen were in the first two films in the Harry Potter franchise, where he portrayed Albus Dumbledore. A decade before his wizarding career, Harris got his second Academy Award nomination for giving an outstanding performance as Bull McCabe in The Field. An original movie poster priced at €60–80 is also going under the hammer. While the poster only shows Harris, the movie also stars John Hurt, who portrayed Ollivander. So there are two wizarding legends in one film. 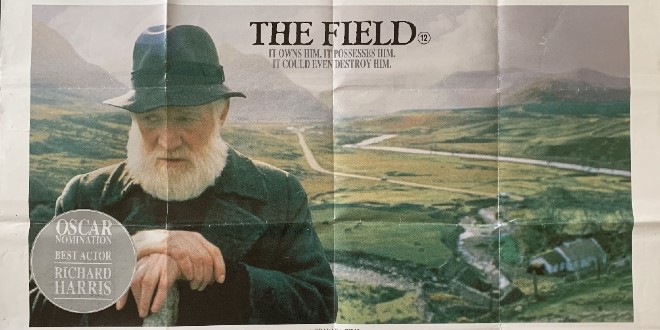 Are you a collector? Do you have any rare Harry Potter treasures of your own? Don’t forget to comment below if you do.