Why Arthur Weasley Is the Man of My Dreams

We have all had our fair share of toxic crushes, whether it be Draco Malfoy or Damon Salvatore (from The Vampire Diaries). We just can’t get enough of these emotionally unavailable guys. In our defense, the incredibly attractive actors who portray these characters are much to blame, and the popular media can share the rest for romanticizing these wayward men. But while we were fixated on these utter train wrecks, we missed the real gems that have always been around. It only took me going over the Harry Potter books about seven times (and a little bit of growing up) to realize that the man of my dreams has been there all along – Arthur Weasley – and here’s why.

1. He is an awesome husband and an even better father.

If this wasn’t already obvious to you, you’ve been reading the wrong books. Arthur is a doting father, and he truly enjoys his children’s little mischiefs. But when Molly needs him, he’s always by her side. He respects his wife and the role that she plays in the household while also allowing space for his children to grow into their own selves. When Harry and Hermione come along, he welcomes them into the family without hesitation – even going to the lengths of getting them extra tickets to the Quidditch World Cup. Arthur is a family man and a damned good one at that. 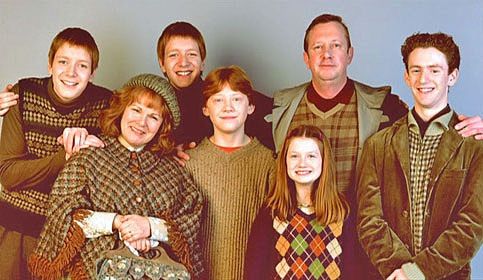 2. He has no taste for baloney.

He may not be economically well off or have much social status to boast of, but Arthur Weasley has no tolerance for BS. During his brief visit to the Dursleys before the Quidditch World Cup, he simply could not stand Vernon and Petunia’s indifference toward Harry’s early departure and insisted they say goodbye to their nephew. He often stands up to bullies much bigger than himself, no matter if it’s Lucius Malfoy or Barty Crouch Sr. Arthur values respect and justice above all and always tries to do the right thing to his best capacity.

The Weasleys are one of the oldest pure-blood families, so there is no question about his superficial worth as a wizard. Yet instead of misusing his privilege like the rest of the pure-bloods, Arthur chooses to stick by his principles. This firmness often gets in the way of his career advancement – even bringing ridicule on himself from his own son as he sides with Dumbledore after the events of Harry Potter and the Goblet of Fire. Arthur Weasley may not be affluent, but he is rich in character.

4. He would never be caught dead mansplaining.

Arthur’s curiosity and fascination with Muggle culture is evidence of his open-mindedness and willingness to learn about different perspectives. He demonstrates his tendency to respect another’s intelligence when he continually chooses to have faith in Harry’s intelligence and agency over his own life. The trust he builds in Harry’s heart because of this is why he is the one that Harry approaches with his suspicions regarding Draco Malfoy. Even then, although Arthur isn’t fully convinced, he hears Harry out and investigates the matter. Arthur listens without judgment or the need to assert himself.

It’s kind of odd to be fangirling about a man and mention his wife, but hear me out. Molly Weasley isn’t a woman who is easy to please, nor would Molly Prewett have been. Molly’s sly recollection of their “nighttime strolls” back at Hogwarts leaves much to the imagination about their courtship and teenage romance. If this dorky weirdo managed to grab the attention of an absolute queen, I’d say the man’s got substance. What’s good enough for Molly Prewett is good enough for me. 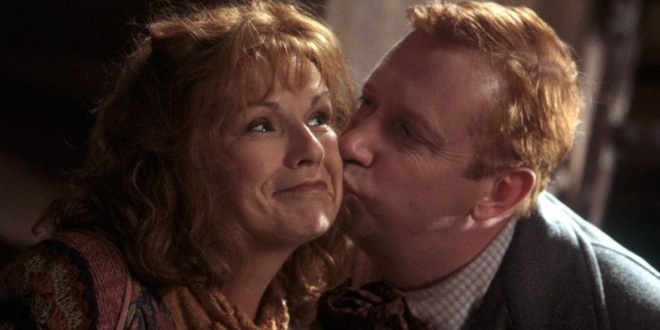 People like Arthur Weasley aren’t loud and exciting, but they are sure to be the ones who would stick by your side no matter what.