From Hermione Granger to Professor McGonagall, the Harry Potter books are filled with powerful women leading the charge. Naturally, we would want to see more women have a seat at the table in the Muggle world. This is why we always love to see Harry Potter alumni work for female empowerment.

Helena Bonham Carter (Bellatrix Lestrange) joins narrator of the British Harry Potter audiobooks Stephen Fry and musician Annie Lennox to campaign ahead of International Women’s Day on March 8. The campaign is called March4Women, and it is a movement aiming for more women in leadership roles in the United Kingdom, especially with emergency aid, COVID-19, and climate change. This includes leadership in international climate change events such as the Group of Seven and the 2021 United Nations Climate Change Conference. 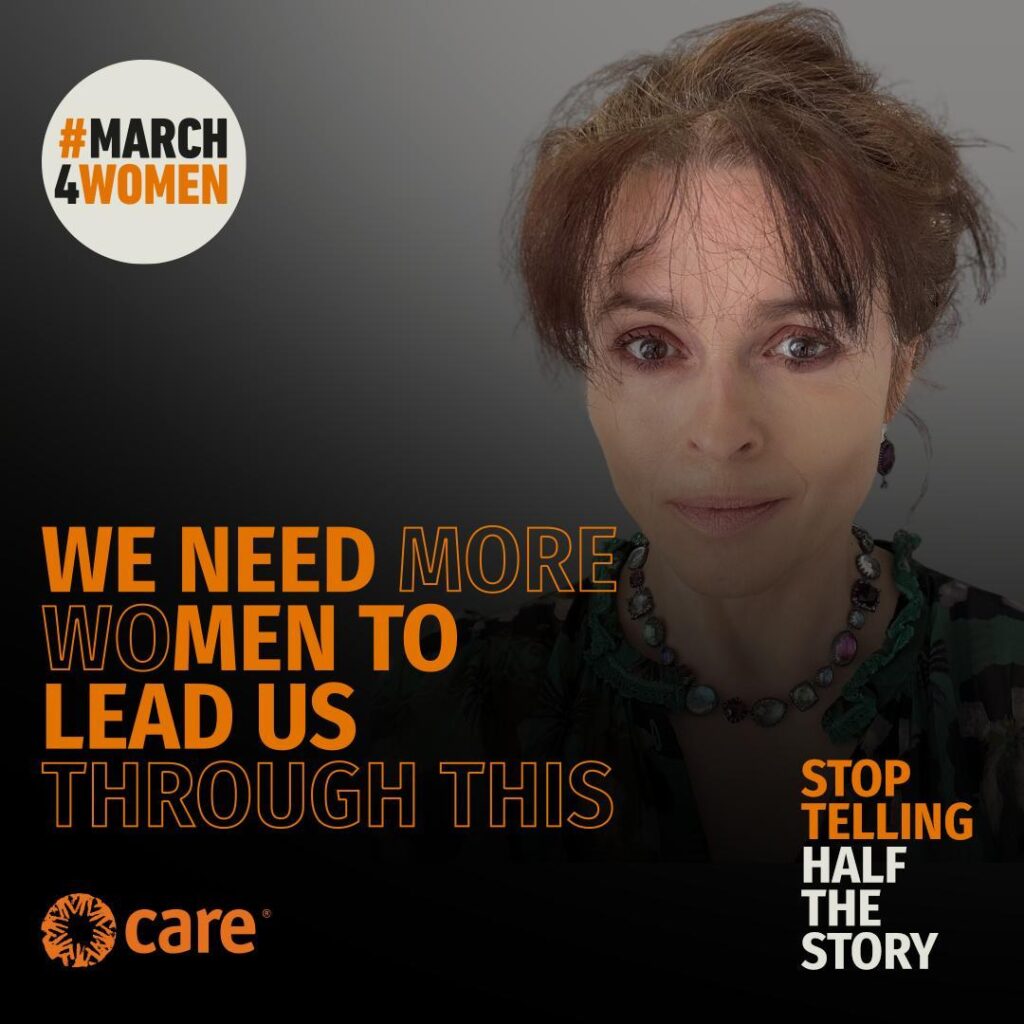 Helena Bonham Carter is featured on a March4Women campaign poster stating, “We need more women to lead us through this.”

While this event is typically held in the streets with a rally or march, the event this year will be all online due to COVID-19 restrictions. The online event encourages supporters to share images on social media to participate in the event. 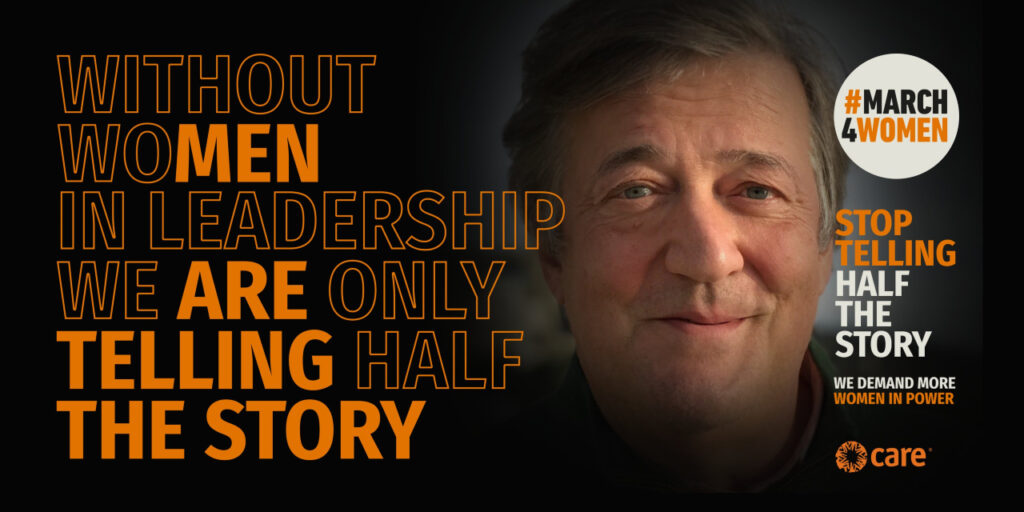 Stephen Fry is featured on a March4Women campaign poster stating, “Without women in leadership, we are only telling half the story.”

Pankhurst, who is a senior advisor on gender equality for Care International, argued that most decisions in crises are led by men.

For too long, the world has been run by only half of humanity, with women kept at the margins. Covid-19 has highlighted the dangers of policies developed only with a male lens. Yet globally, we are also facing humanitarian and climate crises, with problems compounded each time it’s only men making the decisions. This March4Women campaign, we are demanding diversity of leadership, now.

In times of crisis, the most brutal and unjust facets of gender inequality surface, and we must work together to stamp them out. For that to happen, women must have a central role in how we respond.

For more information on the event and how you can help raise awareness, visit the March4Women campaign website or the hashtag #StopTellingHalfTheStory on social media.

See the highlights of last year’s March4Women below.