Last year was a big year for Rupert Grint – he filmed the second season of the very creepy M. Night Shyamalan series Servant for Apple TV+ all while becoming a father. Dax Shepard sat down with Grint on his podcast, Armchair Expert, to talk about fame in the Harry Potter series, having a child during a pandemic, and a brush with a different disease, H1N1. 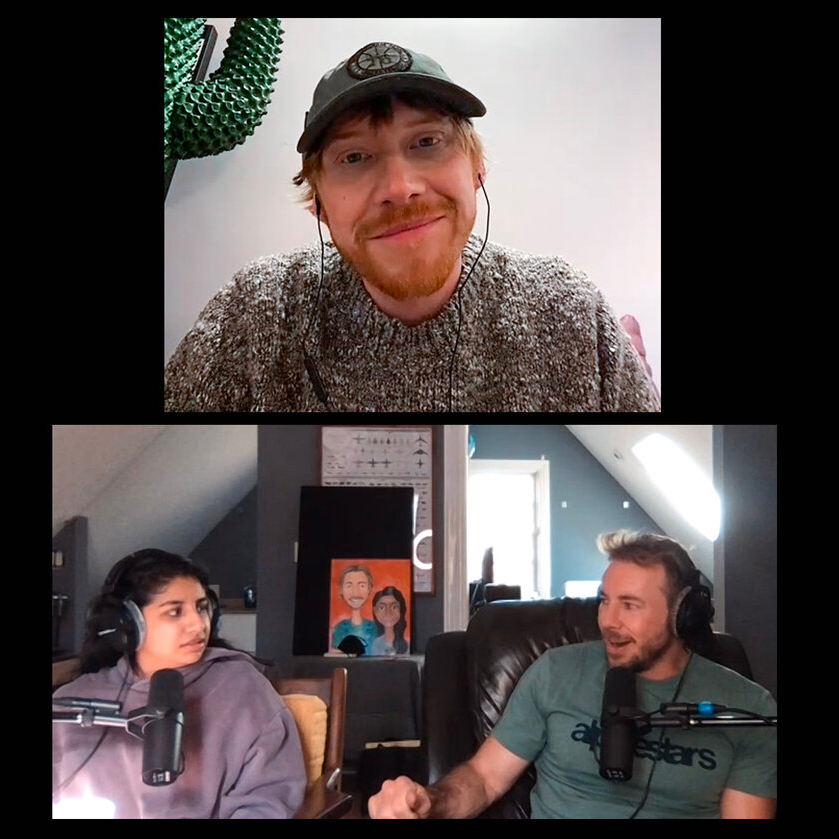 For many child stars such as Justin Timberlake, Christina Aguilera, and Britney Spears, there can be a period of rebranding to regain their own identity as an adult. For someone who played the same character for ten years, Grint says he doesn’t exactly feel the need to do this because he doesn’t feel like his identity was lost.

Grint, however, did feel that ten years in the same place made him feel antsy for something new.

It was a great experience. It was such a nice family atmosphere. It was always the same crew we grew up with. So it was a great place to be. But sometimes it definitely felt like I want to do something else, see what else is out there.

Harry Potter was such a huge phenomenon, with a magical universe that captivated the world. With seven books and eight movies, it is unlike anything that we will experience again in our lifetimes. When asked about how daunting this must have been as a young actor, Grint says that he didn’t really feel any of the sensationalism on set, but he did feel it gradually over the years at premieres.

There were definitely times at premieres and gradually getting used to the [number] of people using your anonymity and never really being invisible anymore. Just that gradual change was… Yeah, I think it was definitely hard to get your head around because I’m a shy, private person and suddenly to be put in that world was overwhelming, for sure. And also the responsibility as well, because, as you say, fans of the books, they hold these characters to such high regard.

Switching gears, Shepard asked Grint about his daughter, Wednesday, and having a child born amid the frequent lockdowns due to COVID-19. Grint said that it has been a blessing.

Weird having her during a pandemic. I think it has been a blessing in disguise. We’ve had all this time to lock ourselves in and work out, no outside interference. We’ve really bonded. Yeah, I’m loving it. It’s great.

It has crossed Grint’s mind that he may be susceptible to certain diseases after he had contracted H1N1 (swine flu) while filming Harry Potter and the Half-Blood Prince. Grint recalled it as being the worst he had ever felt.

I went down. And there was a weird one where I was hallucinating. I went outside in the middle of the night once, chasing a fox, I think. It was insane. It was the worst I’ve ever felt for two weeks.

You can watch Servant on Apple TV+. You can listen to the full interview with Shepard and Grint on the Armchair Expert podcast.

Having grown up with Harry since I was twelve years old, it is such a treat to be a part of the best book club any Harry Potter fan could ask for. I graduated in 2016 with a Creative Writing degree and since then have been freelance writing on the side. Outside of the literary world, I love the outdoors, hiking, and binge-watching Parks and Rec for the billionth time.