Wittiest Wizard: Why “It Unscrews the Other Way” Is the Clear Champion

When Professor McGonagall comes to mind, most people think of a stern Transfiguration professor with a cat Animagus form. However, I hope the Wittiest Wizard Quote Bracket helps us realize that Minerva McGonagall is full of sass and many witty comebacks. One sassy quotation for the ages is when she told Peeves, “It unscrews the other way” (OotP 678). 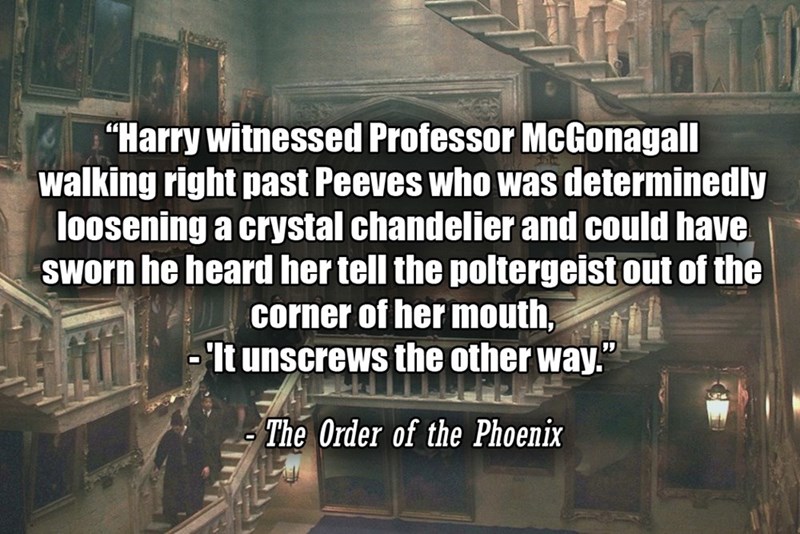 While it may not be the first phrase that comes to mind when identifying witty or sassy statements in the Harry Potter series, “it unscrews the other way” needs to be given more appreciation. It is an underdog quotation, and we should always support underdogs in these sorts of endeavors. After all, at the beginning of the series, Harry is an underdog. There are a lot of other quotations that will get attention because there are memes galore about them. We should honor Harry’s legacy and pick this statement.

Additionally, there can never be too much Minerva McGonagall appreciation on the internet. Professor McGonagall was a professor, a Head of House (for what seems to be the rowdiest House), and the deputy headmistress. Then when Voldemort returned, she rejoined the Order of the Phoenix and was a formidable fighter whether she was battling against Umbridge’s minions trying to remove Hagrid from Hogwarts or against Voldemort’s minions attempting to take over Hogwarts. The films did not do McGonagall’s character justice in showing how much she accomplished and how witty McGonagall was throughout the series. Leaving out moments like these removes McGonagall’s multifaceted personality, keeping her as a stern professor. At this moment, McGonagall is metaphorically letting her hair down and indulging in the pranking activity so associated with Gryffindor House’s behavior.

The context of the statement is part of the reason it is amazing as well. Peeves was unscrewing a crystal chandelier to cause mayhem at Fred and George’s request, and for once, McGonagall was all for it. Before that moment, McGonagall never approved of Peeves’s antics, from inkwells to water balloons. But this beautiful moment made McGonagall and Peeves co-conspirators against Umbridge, which is a beautiful thing. 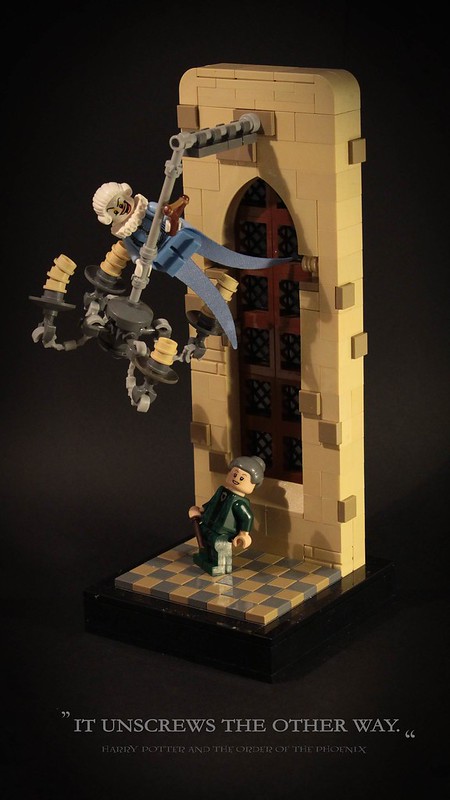 But the statement itself is excellent because it is so subversive. Professor McGonagall was a consummate professional and either kept her personal opinions to herself or very professionally told off colleagues, such as the way she handled Harry’s first Divination class. But McGonagall was willing to forsake propriety to tell the resident troublemaker how to execute mayhem properly. But the fact she mumbled it takes the cake. It seems only Harry heard the Transfiguration professor talk to Peeves, which gives McGonagall plausible deniability if confronted about it. You know neither Peeves nor Harry would rat out McGonagall to Umbridge because they both hated the pink professor. 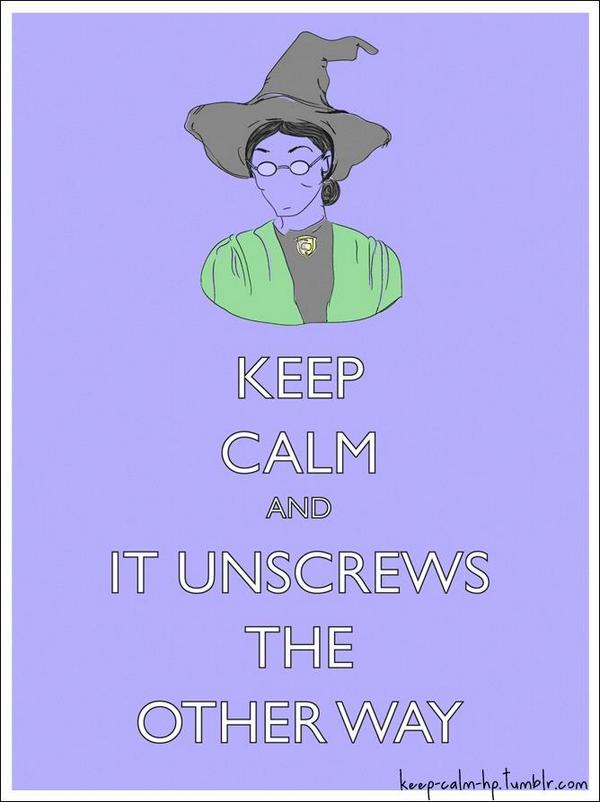 In truth, that’s the biggest reason why this is one of the sassiest quotations in the series. Umbridge was a terrible professor and a horrible person who was given power in the school. The staff could not do much against her if they wanted to continue to work at Hogwarts. Yet the professors were able to find ways to defy the High Inquisitor.

Vote for “It unscrews the other way” in the Wittiest Wizard Quote Bracket.