A paperback copy of Harry Potter and the Prisoner of Azkaban signed by eight of the actors from the film adaptation of the book was sold at auction in Cornwall earlier today, April 22.

The book was auctioned off by David Lay Auctions, based in Penzance, for £1,150. This was above its estimated value of “between £500 and £800,” according to local news website Cornwall Live. 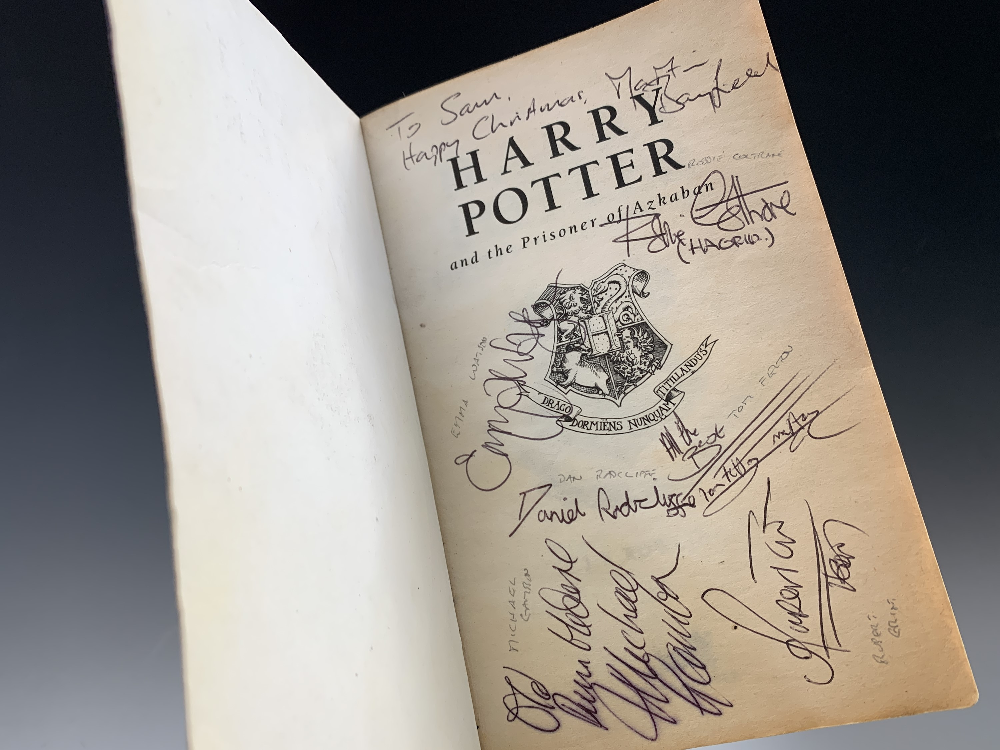 A copy of “Harry Potter and the Prisoner of Azkaban” signed by eight of the film’s actors is pictured as displayed by David Lay Auctions.

David Lay Auctions added this note about the book’s provenance:

While not a rare Harry Potter book in itself (and described as having some toning and water damage), the addition of so many signatures from the film’s actors to this copy undoubtedly made it a collector’s item that many fans of the series would love to own.

Would you purchase a signed book? Would you part with a beloved copy for the money? Tell us in the comments below!