The last year has been difficult for everybody, and this includes the theater industry. While it looks like Broadway may be reopening soon, its shows, which include Harry Potter and the Cursed Child, have struggled through these hard times.

Cursed Child has productions in London, New York, Melbourne, and San Francisco. Since COVID-19 hit, all of these have temporarily suspended their performances, with Melbourne currently being the only show that’s been able to reopen its doors.

The immense struggle the theater industry is currently facing is highlighted in the reports that several Broadway shows, including the production companies behind Hadestown, Girl from the North Country, and Caroline, or Change, were able to secure large payments through their insurance policies.

However, despite having insurance, not all shows have been provided with this lifeline during the pandemic, and this includes the Tony Award-winning play Harry Potter and the Cursed Child. 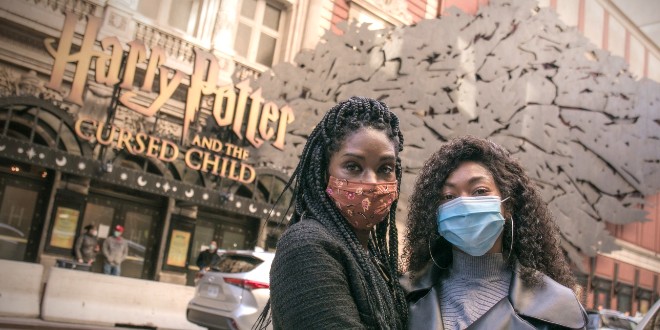 Producers of Cursed Child have filed a lawsuit against their insurer, Lloyd’s of London, for refusing to cover the losses due to COVID-19. According to the show’s attorneys, the insurance company “interpreted their policies in an overly restrictive manner, wrongfully denied coverage, and refused to pay [the producers] for any portion of their losses.”

Lloyd’s of London responded, claiming that the play’s performances were canceled “due to the outbreak of COVID-19,” and that because COVID-19 is a communicable disease, it is excluded from the insurance policy.

Lawyers for Harry Potter and the Cursed Child have argued against this; the insurance policy’s definition of a communicable disease only identifies four other illnesses, as well as “any other influenza variant deemed a pandemic or epidemic by the World Health Organisation.” The lawyers have argued that COVID-19 is distinguishable from influenza because COVID-19 and the flu are caused by different viruses, and therefore, COVID-19 should not be classed as a communicable disease.

Theatrical general manager Peter Bogyo discussed that while shows like Cursed Child might have money sitting in the bank, its failure to secure an insurance payout means it risks being put at a competitive disadvantage when Broadway finally reopens.

Without advances to fall back on, producers [and] productions whose shows don’t build advance ticket sales, and with little to no reserves to remount, are going to live and die by their weekly operating budgets.

Reopening shows on Broadway will be neither cheap nor easy. Rehearsals will have to take place before shows can restart, and the audiences themselves are likely to be much smaller at first; 65% of Broadway’s audience is made up of tourists who may not return for a while, and a recent poll found that only 28% of adults in the United States said they would feel comfortable returning to a movie theater.

Marc Routh, a Broadway producer, discussed the many factors that will determine the success or failure of returning shows.

Social distancing requirements, the degree to which the public is vaccinated, the level of both domestic and international tourism, and the general zeitgeist.

It’s likely to be a long road to recovery for Broadway’s shows, but with hard work, unity, and a touch of magic, we hope that one day we will look back on these difficult times and be able to utter the words “all was well.”