Muggle thieves and criminals don’t tend to have the same flourish as the wizards locked up in Azkaban. While magical folks like Voldemort and Bellatrix have a rap sheet as long as Dumbledore’s beard, this Muggle thief is doing time for stealing a refurbished car.

Richard Matthews from Kent, England, has been charged and sentenced for stealing a Ford Anglia. But this special Ford Anglia isn’t a run-of-the-mill model. The car was stolen back in October 2019 from collector Steven Wickenden. Matthews was arrested in November 2019, shortly after the theft, and the car has yet to be found. He’s since been sentenced to one year and ten months of jail time. 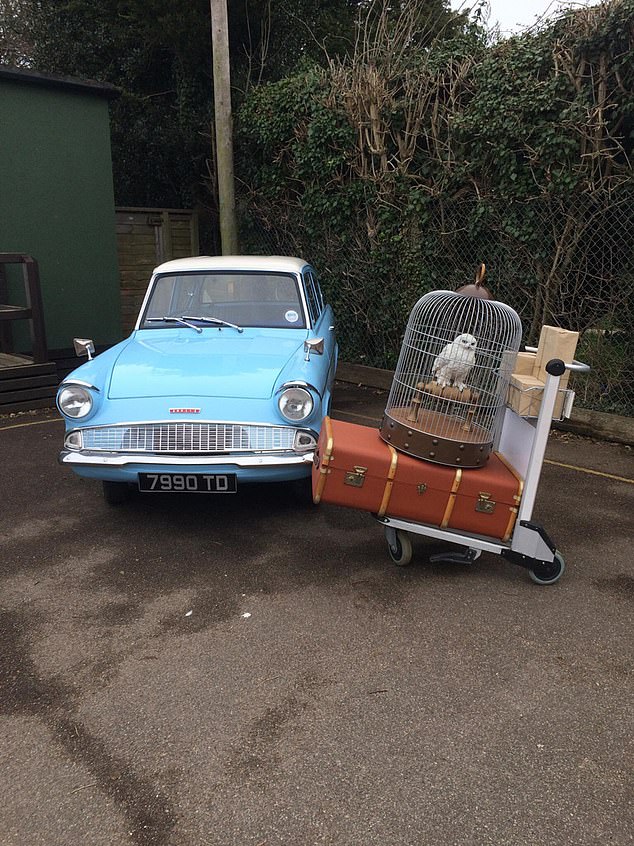 Matthews even confessed to his crimes when he was caught but refuses to reveal the location where he stashed the Ford Anglia, which is almost worse than actually stealing it. Wickenden certainly thinks so. He had this to say about the situation:

It’s disgusting. This is a slap on the wrist when he deserved a harsher sentence. I have been offered to meet him and [sic] which I’m hoping to do. I would ask him where it is but also explain the mental toll it has had. I put so much time and effort into doing it up, but sadly, we only had a few months with it before it was stolen.

Wickenden put £17,000 (over US$23,000) into restoring the 1965 Ford Anglia. It was loaded with special features that made the car a little more magical. A caged faux snowy owl sat in the back seat to pay homage to Harry’s loyal pet, Hedwig. The doors would fly open with a touch of a button, and the sound system would play voices from the Harry Potter movies. Even with all its flashy features, those aren’t the most special things about the car. Rupert Grint and Julie Walters, who played Ron Weasley and Mrs. Weasley, respectively, have each taken a turn in the driver’s seat of the vehicle.

The Potter stars, among other crew members, added their signatures to the interior of the car, which would have added even more value to the price tag. Plans were in place to have Daniel Radcliffe take a turn at the wheel and add his signature to the interior. But alas, Dan (and the rest of us) will have to wait until the car is returned to the Wickenden family.

Steven Wickenden also hopes that “Matthews develops a sense of decency regarding the loss and considers the impact of his actions.” He has also offered a £1,000 reward to anyone who has information about the location of the family’s beloved restored Ford Anglia. If anyone in the Kent area has knowledge of the car’s whereabouts, they should contact Kent police.