“Harry Potter” Characters Who Would Own the Most Magical Bookstores

Since it’s World Book Day, I can’t help but wonder what other bookstores exist in the wizarding world besides Flourish and Blotts. It takes a particular type of wizard to run a bookstore, someone who doesn’t mind sitting around dusty old books and reading them all day. While there are not many Galleons to be made in owning a bookstore, it does have a lovely, relaxing appeal. Which of these bookstores would you like to visit? Let us know in the comments section below.

We have to begin with the most dedicated bookworm in the Harry Potter books. Hermione is undoubtedly one of the best candidates to run a magical bookstore. Not only is she hardworking, clever, and well-read, but she also loves talking about all her favorite books. She could answer every book-related question posed to her, and she would enjoy spending her time restocking the shelves. I think Hermione’s bookstore would have dark academia vibes, and it would resemble the Hogwarts library. Her bookstore would have to be attached to her and Ron’s family home so that she could bring her kids to work with her. Be careful as you browse the store for endless hours, though, because Crookshanks could be napping anywhere on the floor.

Mr. Ollivander’s true passion is for wandlore, but who’s to say he can’t stock both books and wands? I see Ollivander’s wand shop stocking books about the history of wandlore, its makers, and books explaining the magic behind how wands work. I wouldn’t be shocked if Ollivander has written some of these books himself. He may even throw in a special deal of buy one wand, get a corresponding book for half price.

Let’s face it, Dumbledore’s bookshelves in his office are practically a bookstore themselves. I’m dying to know which books Dumbledore enjoys reading, whether histories or novels. Since Dumbledore told Harry so many people give him books for Christmas presents, running a bookstore would be an excellent way for Dumbledore to sell some of the books he doesn’t want. All of Dumbledore’s books would be first editions in excellent shape, and some would have his name signed in them. Some days, Dumbledore would bring Fawkes with him to work, even though the phoenix pays no mind to the books he accidentally knocks over as he flies around. 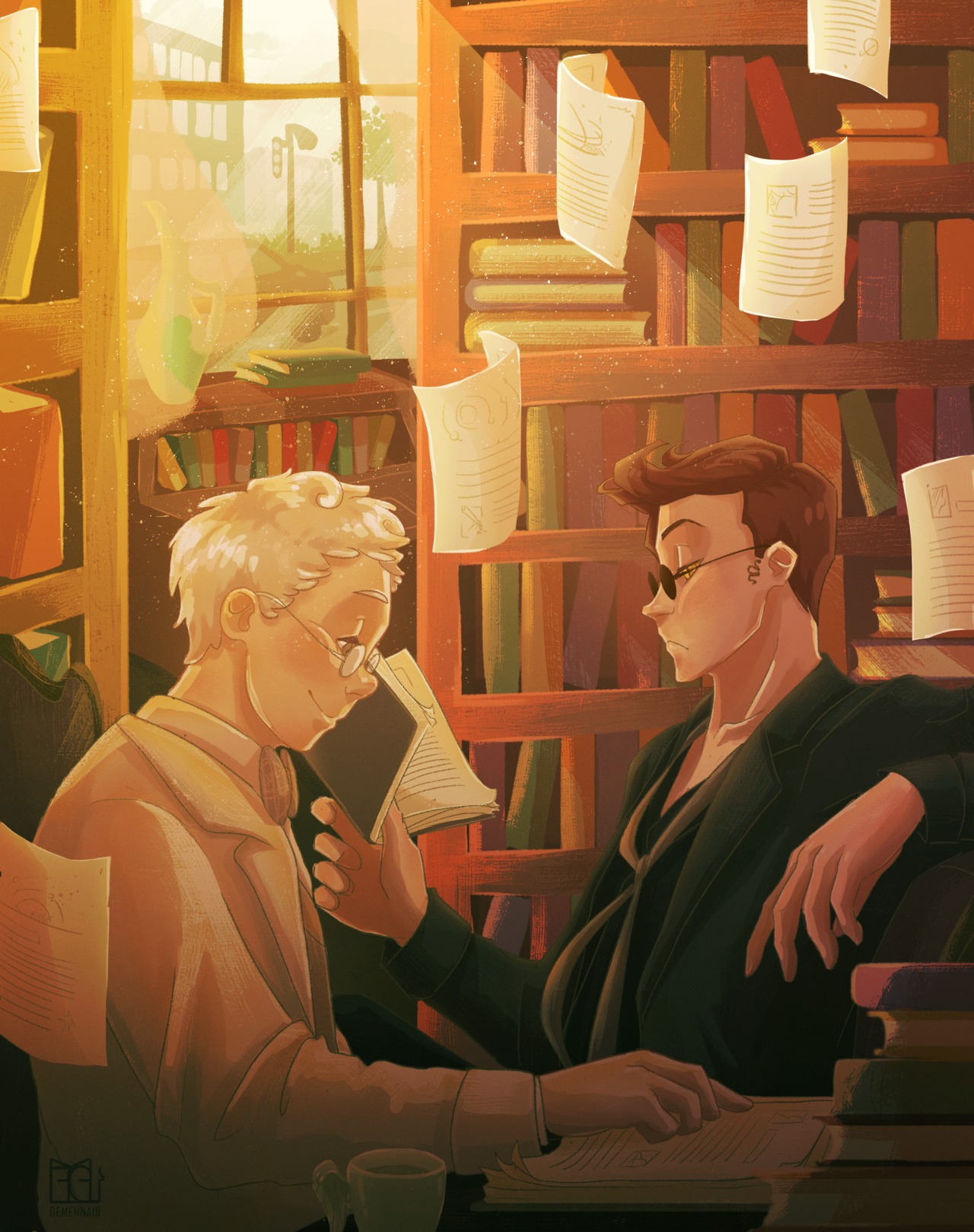 There is definitely appeal in a haunted bookstore. Professor Binns is one of the foremost experts on wizarding history, so it only makes sense that he would run a successful nonfiction bookstore. Everything would be neatly organized, if not a little dusty. However, first-time visitors of this bookstore should be warned that Professor Binns doesn’t like to be disturbed, so he will not be giving any tours or answering book-related questions.

While Professor Binns may be a fussy bookstore ghost, Rowena Ravenclaw’s bookstore would be exciting to explore. Rowena herself is a wealth of knowledge and has surely collected books from all over the world. She is fancast in my mind as being the one who built the Hogwarts library originally. Rowena’s bookstore would be filled with rare books from her travels all over the world. The design of the store would be modeled after the Ravenclaw common room, so it would be the ideal atmosphere for studying or just reading for pleasure. If you visit often, be sure to ask Rowena to tell you tales of her adventures with the other Hogwarts founders. Rowena’s own stories are just as exciting as any book you end up buying.

If you are looking for a quiet bookstore to study in, look no further than the one owned by the head librarian of the Hogwarts library. Irma Pince is a stickler for obeying the rules, so noise and frivolity will not be tolerated. Irma Pince will not be available for chitchat, but if you’re there to purchase a book quickly, this is the store for you. Pince’s bookstore will be just as well-kept as the Hogwarts library, except with floorboards that don’t creak and books with curses on them if you try to steal them. Come to think of it, maybe Pince shouldn’t be in charge of a bookstore…