It’s hard to believe that Harry Potter: Hogwarts Mystery was released three years ago. And for the last three years, our characters have been through heartache, romance, intense duels, and uncovered mysteries and showed no respect for the rules at Hogwarts.

In celebration of this three-year milestone, the developers behind the game put together an Instagram livestream event to discuss events and answer questions from fans. The developers were joined by some very special guests as well: James and Oliver Phelps (Fred and George Weasley).

The stream began with nothing but excitement from the Phelps twins, who asked the question we ask everyone: “What’s your Hogwarts House?” The team at the event was Yash, a Gryffindor product manager; Grace, a Slytherin narrative designer; and Joe, a Slytherin animation director. 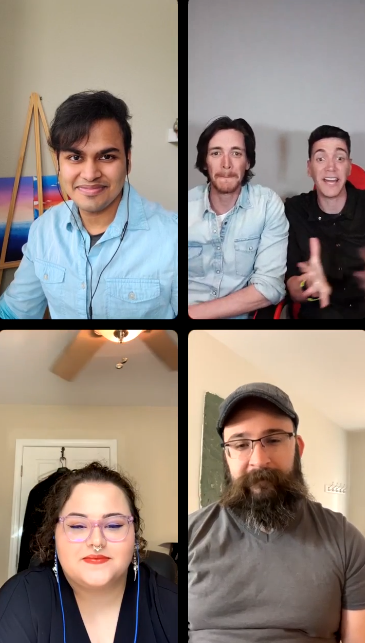 James and Oliver Phelps with Yash, Grace, and Joe from the “Hogwarts Mystery” team

One of the most-asked questions was, what are the biggest challenges in game development? According to the team, it’s creating something that resonates with a wide audience. They discussed that quests and other events that will be released in late September are in the works right now. The time that goes into planning everything is another challenge. The team did tease that there are some fun and exciting releases upcoming within the next few months.

Something else asked by so many fans was, why can Bill, Charlie, and Tonks not be dated in Hogwarts Mystery? Fans who have read the Harry Potter series and watched the films know that Bill ends up with Fleur, Tonks goes on to marry Lupin, and Charlie is dedicated to his work and never marries or has children. It was important to the team to keep aspects of the series like this as they were.

A question that many of us fans have been asking for a while is, why are our characters not aging? Our avatars have mostly looked the same from Year 1 to Year 7. The developers discuss that it’s all to do with logistics. If they were to change the height of avatars, it poses the problems of camera angles in the game as well as having the outfits fit properly on the characters without having to redesign an entire wardrobe. The team made it clear that they hear the feedback from players and they’re actively working to help fix this issue. They encourage players to look into the facial hair features and makeup looks to make their characters look age-appropriate.

Some of the most popular special adventures to date have been the dating quests and the OWLs. This leads to another question: Why do most quests only have certain characters in them, like Penny and Merula? The team says this is for everyone to experience these quests no matter what year your character is in. They are launching new quests for players to see character development in specific characters and working on introducing some new characters. It was revealed that we’ll be meeting a vampire soon, and he’ll need our help with a few things.

The discussion then turned to the clubhouse feature, creating the Ministry of Magic, and that player feedback is truly taken into account for changes and updates. That’s one of the reasons why there are multiple events like Collect Stars, Clean Sweeps, and others ongoing at the same time. This gives something for each player to work toward. 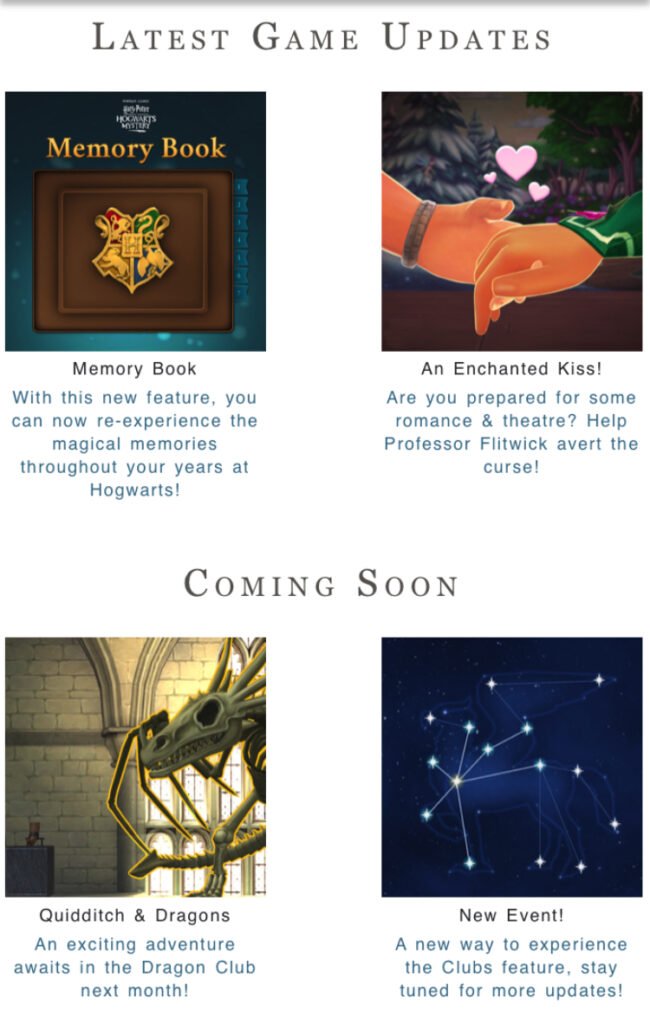 The Phelps twins asked for a sneak peek of what’s to come, and the team explained a new feature to help players complete special quests that might have been missed previously, advised to be on the lookout for chocolate frogs, and noted that Year 7 will be full of surprises and new locations. Check out the anniversary trailer below!

This special event was packed with information, and it was awesome to see some of the people behind the magic of Hogwarts Mystery. If you missed the live event and want to catch up, visit the Hogwarts Mystery Instagram page and get your in-game celebration goodies.