Welcome back to another edition of Merch Madness! Back in January, we told you about new gaming accessories from Numskull and Igloo, but this time there’s news of Japanese school bags and 20th-anniversary LEGO sets. There are also exciting reports about a new Universal Studios Store! Here’s a full roundup of all the latest Harry Potter merchandise!

Aspiring Japanese witches and wizards can go to school in style with these new backpacks from Q-pot. The bags were released on April 1, which means they won’t be available for the start of the 2021 Japanese school year. They will be ready for the 2022 school year, though! The bags come with a clear section in one of the pockets to show off your Hogwarts acceptance letter, detachable House colors so you can change them depending on how you feel, and an exterior wand holder for impromptu spell casting. The bag is designed to look like the brickwork of Platform 9 3/4 while simultaneously mimicking a chocolate bar to stay in keeping with Q-pot’s dessert branding, and it will retail for ¥110,000 (roughly equivalent to US$1,060). Whether attending Hogwarts or a Muggle school, this bag is sure to keep books, pens, and homework safe from any jinxes. 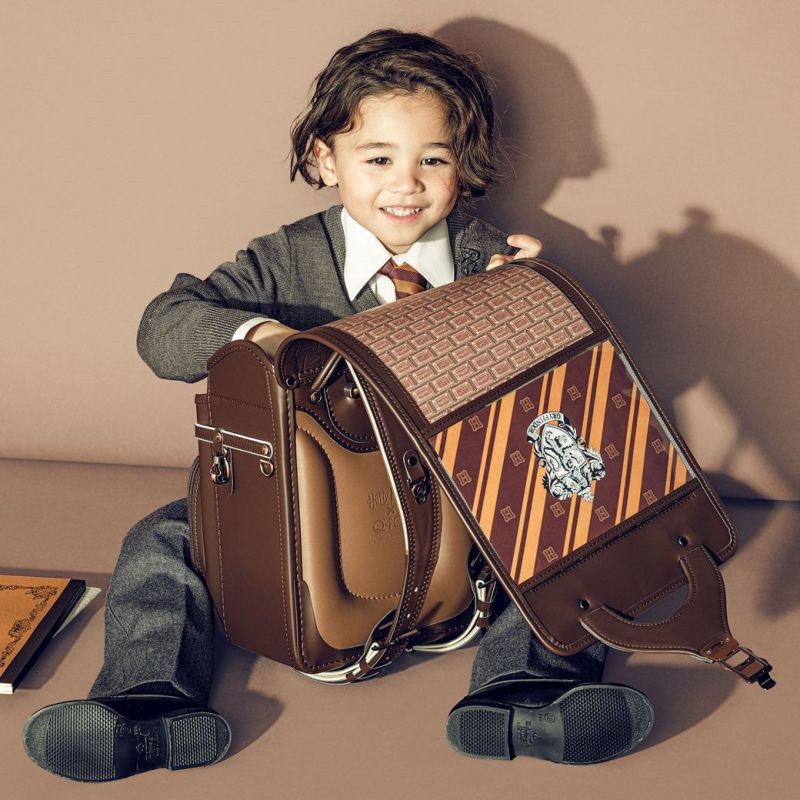 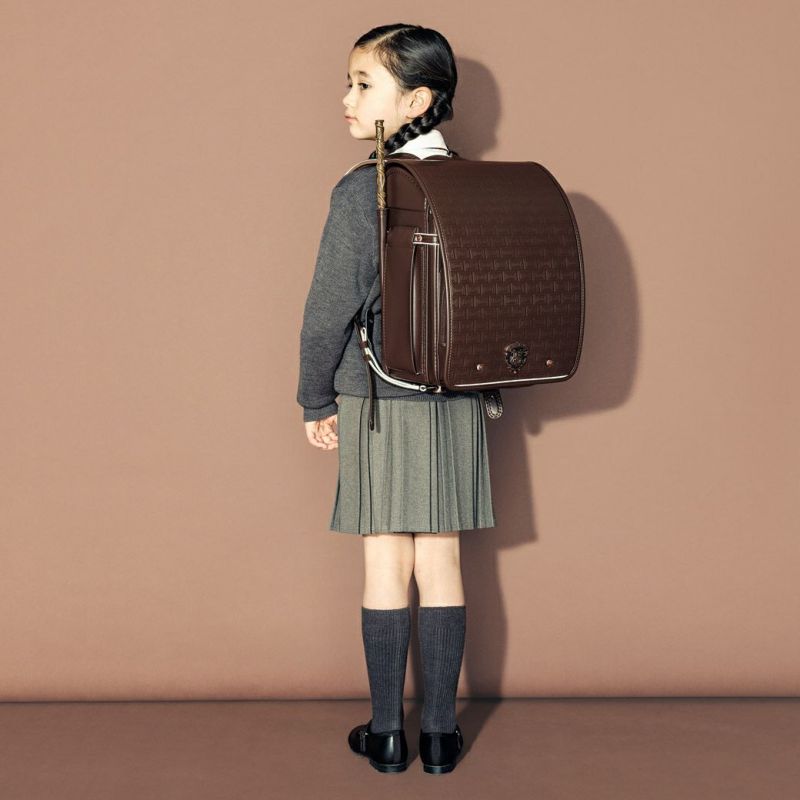 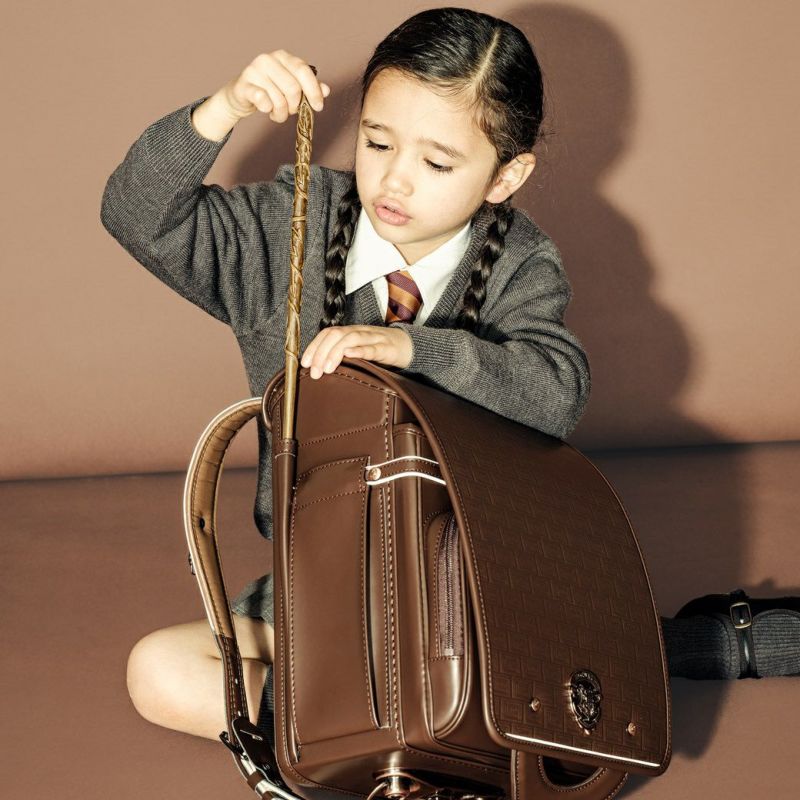 The bag comes with a holder specially for your wand. 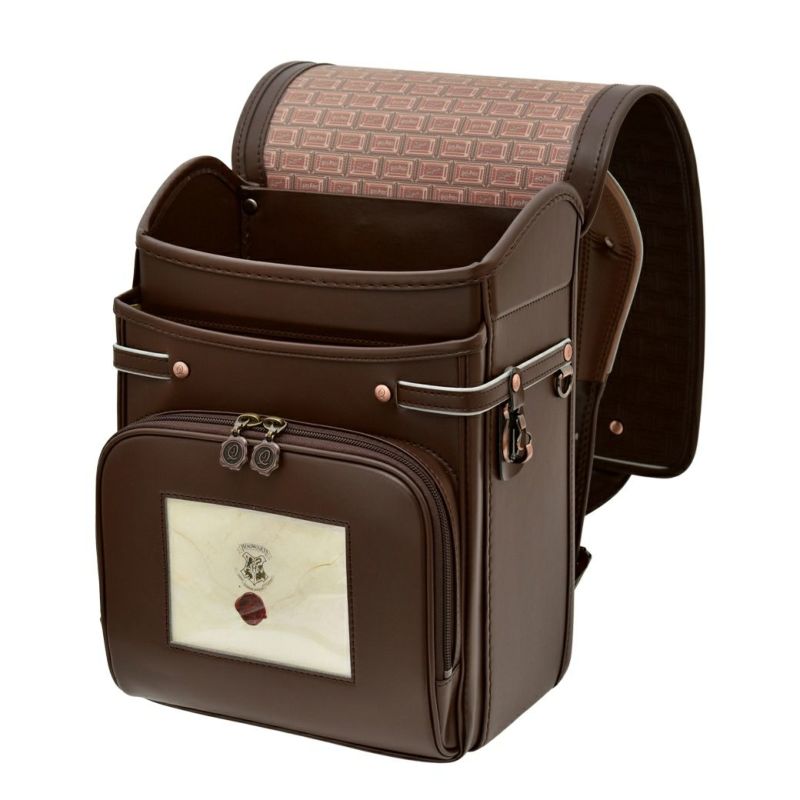 A clear pocket allows witches and wizards to show off their Hogwarts acceptance letter. 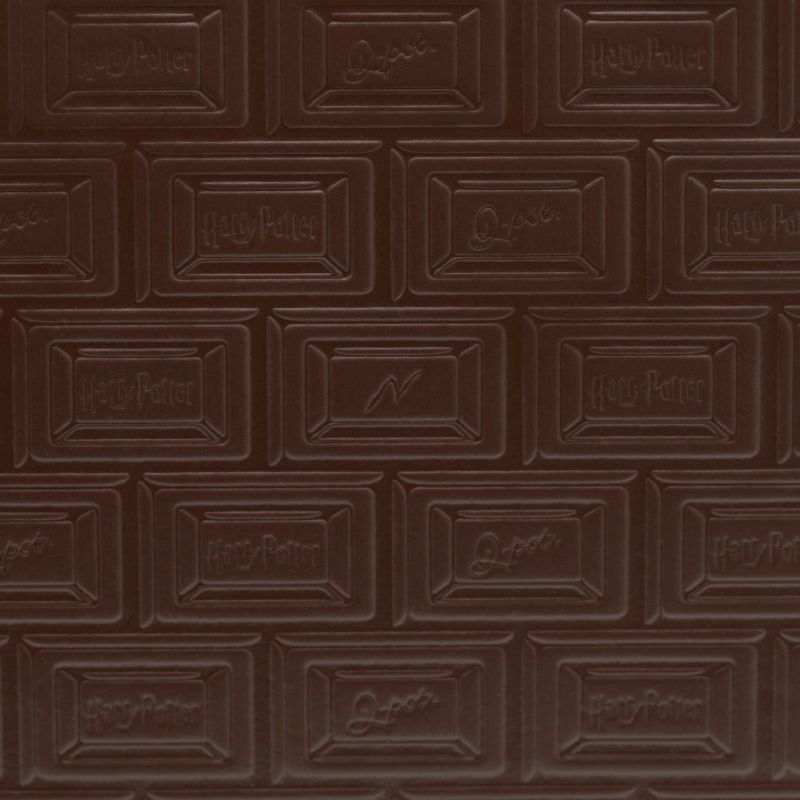 The bag has a design that is meant to mimic the bricks of Platform 9 3/4.

We’ve seen plenty of rumors about LEGO’s 20th-anniversary sets, and now there are even more. There are rumors of collectible cards, similar to the cards seen in a Chocolate Frog pack. According to 1414falconfan on Instagram, each of the other rumored sets will include three random cards, meaning that collecting them all will be a hard task. We’re looking forward to seeing if anyone manages it!

Another LEGO rumor surrounds an expansion for 75978 Diagon Alley, which was missing Gringotts Bank, but now there are reports that it might get its own set. With its extensive tunnels, numerous vaults, and Ukrainian Ironbelly, a Gringotts LEGO set would have to be large and fairly expensive, but there are no confirmed details yet. We’ll keep you updated if these, or any other, rumors are true!

Universal Orlando Resort has opened its new Universal Studios Store at CityWalk. The store has plenty of space for witches and wizards to explore. The store even features new items, including a Harry Potter kitchen set and graphic T-shirts, which include designs from Shrek, Jurassic Park, and – of course – Harry Potter. We can’t wait to see more merch from the store, as well as your thoughts about it!

We have another exciting announcement for you: You can now preorder tankards and goblets from Merchoid! Each House has a tankard and goblet in its colors. The tankards’ handles all have their Houses’ animals, as do the stems of the goblets. Not only are there House-themed designs, but there is also a Death Eater design – which features the Dark Mark instead of an animal – and a design centered around the Golden Snitch. All goblets cost £32.99, while all tankards retail for £42.99. If you want to get your hands on one, hurry up! With every design being absolutely spellbinding, they are selling quickly. We do not doubt that they will be the “perfect receptacle for a batch of pumpkin juice, a polyjuice potion, or your favorite muggle beverage,” as stated in the company’s press release. 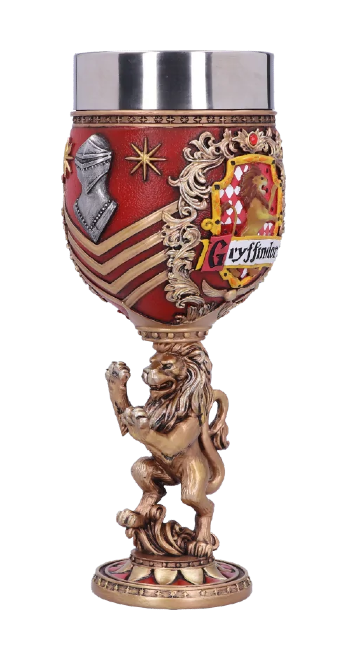 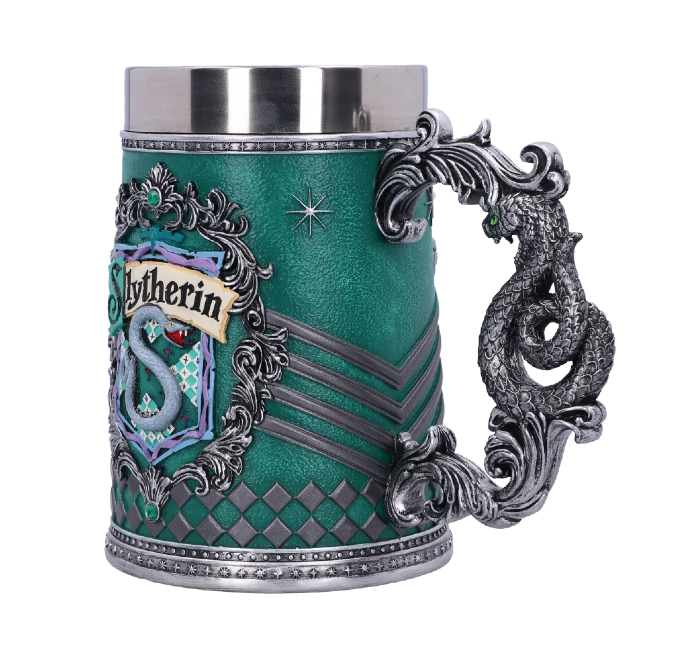 Each Hogwarts House has its own tankard and goblet. 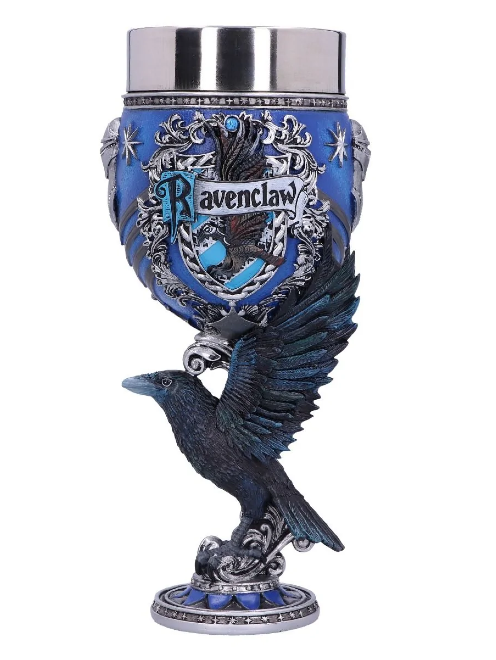 The stem of each House goblet is its respective animal. 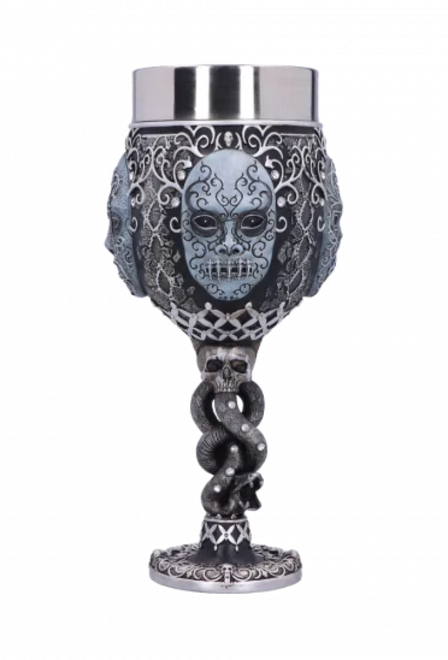 Even supporters of You-Know-Who get their own goblet and tankard design. 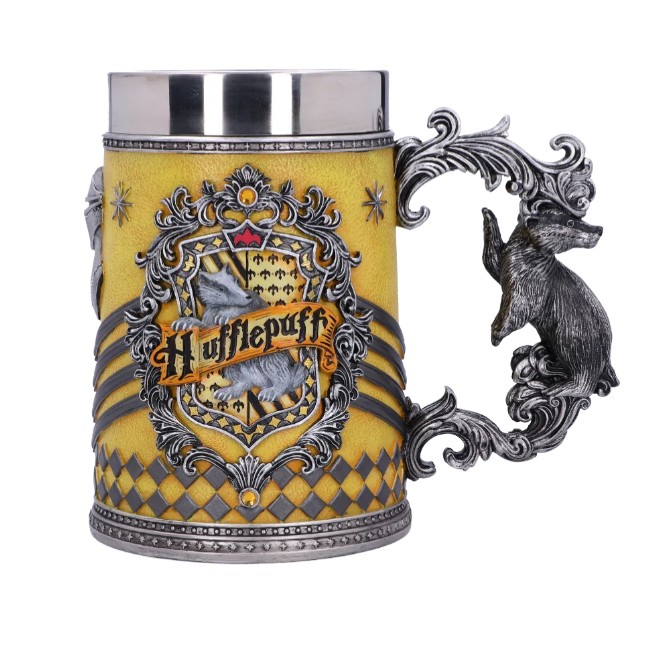 House-themed tankards have their respective House animals as their handles. 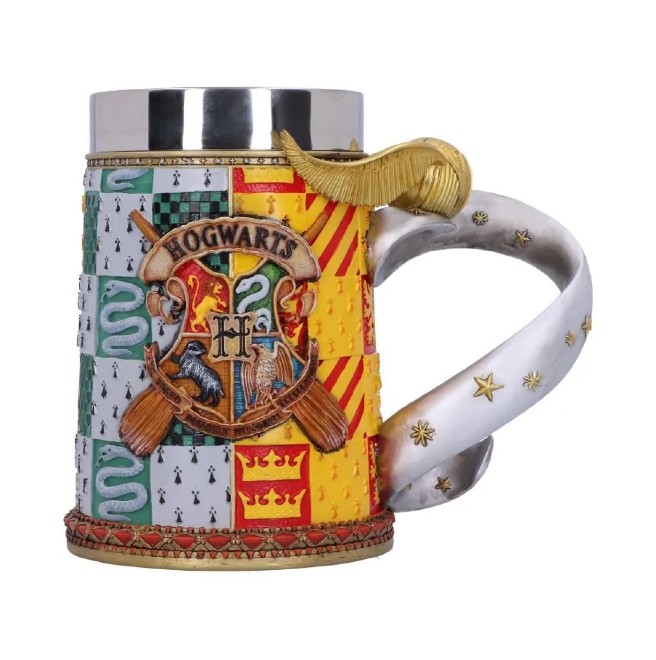 Every tankard will cost £42.99 to preorder.
Merchoid Press Release

PRESS RELEASE: NO NEED FOR SPELLS AND CHARMS TO
APPARATE THIS NEW RANGE OF HARRY POTTER
GOBLETS!
Accept no imitation, especially from Weasleys’ Wizard Wheezes!

Looking to make your next meal time a little more magical? Add a little Great Hall flair to your next tipple with these exquisite goblets and tankards, direct from Diagon Alley!

This fantastic range of goblets and tankards, straight from the wizarding world, feature gorgeous designs with intricate detailing. With options naturally including your Hogwarts House along with subtle ways to show your allegiance to he-who-must-not-be-named, we’re sure you’ll find the perfect receptacle for a batch of pumpkin juice, a polyjuice potion, or your favourite muggle beverage.

The full range of Harry Potter Goblets and tankards can be found here: https://www.merchoid.com/brand/harry-potter/goblets-and-tankards/

That’s all for this Merch Madness! We hope that you love these products as much as we do. Which one is your favorite?