MYTHTERY: The 11th School of Witchcraft and Wizardry Is in New Zealand

New Zealand is housing the 11th school of witchcraft and wizardry deep in the depths of a remote forest on its South Island. 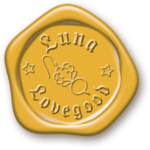 Aotearoa – the land of the long white cloud, AKA New Zealand – has always been a mystical place, but what if it was hiding something more than arguably the best beaches, mountains, and sheep paddocks in the world?

Deep down south on the South Island of New Zealand is a vast wilderness: 13,000 kilometers of dark and ancient forests, narrow inlets of sea between giant mountains, and an overwhelming number of glacial valleys. This seemingly impossible wonderland is called the Fiordlands National Park, and it is one of the most beautiful yet most inaccessible parts of NZ.

Every corner of Fiordland is a sight to see – if you can get to them. Many don’t since access is limited by plane or boat because this brooding wilderness is indeed very remote. Quite a perfect place for a castle hiding a magical school curriculum, don’t you think? But surely, we ask ourselves, wouldn’t the occasional helicopter flying above spot said magical dwelling and thus circumvent the idea of the 11th school being hidden?

Not necessarily. Multiple charms and spells could easily cover this, and isn’t Hogwarts supposed to look like a crumbling old ruin to any Muggle who stumbles across it? I hazard a guess that it would not be difficult to camouflage any school of witchcraft and wizardry into the landscape and hide it from curious Muggle pilots.

Furthermore, there is documentation stating that moose were introduced to the Fiordlands of New Zealand in the 1900s, but it was believed that the population didn’t last due to competition from native deer. No one had seen or heard of a moose in over 100 years; therefore, they were considered extinct to the area – that is until this year. In March, a passenger on a helicopter flight spied a moose and quickly told his story to local news.

The passenger assured reporters he “knows what a moose looks like” and stands by his sighting. So if it is to be believed that this young Muggle did indeed spy a moose, an animal that has not been seen in the area for over 100 years, it is conceivable then that the New Zealand Ministry of Magic is hiding a wizarding school there.

Lastly, the Fiordlands National Park has been home to some mysterious goings-on over the years. In 1978, by Order of Council, the New Zealand prime minister at the time mysteriously decided to remove a section of Fiordland from its national park status – AKA public view – and nobody is willing to say why. Furthermore, reports from fishermen working in the Doubtful Sound – a 40-km-long fjord of the Fiordlands National Park – have since stated that they saw submarines emerge from the water, describing the sighting as “a black mass break[ing] through the waves less than a hundred meters away, seawater draining from it like waterfalls.” This event is not entirely notable until you understand that the sea level entrance to the Doubtful Sound is a mere 90 meters. Was it a submarine then?

Do these occurrences mean that Muggles are indeed spotting events magical in nature? Did the young Muggle not spot a moose but in fact a leucrotta, a moose-like magical beast? And could the fishermen have been privy to a giant kelpie or perhaps a ship not unlike the Durmstang vessel traveling to New Zealand on student exchange?

There is no way to know, but if these sightings are what we think they are, then this is further proof that the area holds magical secrets and perhaps the 11th school of witchcraft and wizardry.