Earlier this year, on an “early afternoon in late winter,” Giles Hattersley, the features director of British Vogue, virtually sat down with Emma Thompson, who played Sybill Trelawney in the Harry Potter film series, for an engrossingly compelling and honest discussion about her life and what is yet to come.

Reflecting the six decades of Emma Thompson’s incredible life so far, we’ve collected six of the many highlights from her interview with British Vogue.

1. She doesn’t like seeing herself in virtual meetings either.

Like many of us who have been forced to convert to this strange world of online reality, Thompson also appears to find seeing her face on a laptop screen oddly unsettling. The interview began with her ripping off a strip of masking tape and placing it onto her laptop screen, explaining, “I absolutely have to cover the bit of the screen that shows me.” 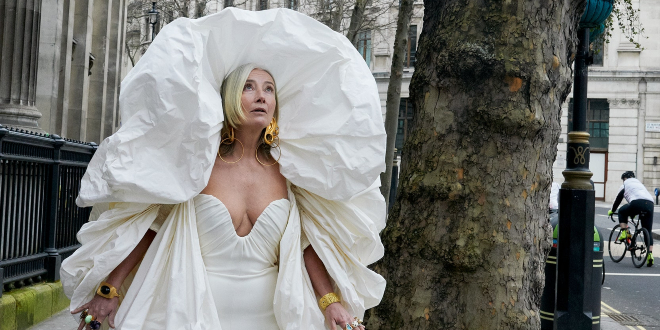 Emma Thompson (Sybill Trelawney) on a shoot for British “Vogue”

2. Her costumes in Cruella sound spectacular.

While filming as Baroness von Hellman in Cruella in London, Thompson was “heaved” into an elaborate costume at the film’s base. She then had to get across the river to a different location.

There was a demonstration, and we got stuck. The worst thing you can do on a film set is be late, so I said, ‘We’ll get out and go by Tube. […]’ I was on the Tube in a dressing gown, Ugg slippers, a wig 3ft high, eyelashes out to here. And do you know what? Everyone completely ignored me. They just thought I was a drag act on my way home after the last performance. I love London.

While Thompson is used to the constant babble of the tabloids, she doesn’t like it when they lie. In 2019, having just got back from working in America, she spoke at an Extinction Rebellion rally in London, and the press went wild: “They said I’d flown in for the demo, which was bollocks. I’d come home from work, was all.”

It is now in Thompson’s contract that she is never to be booked first class.

When asked about Rowling’s comments on transgender rights, she tells Hattersley that the rare place she finds “succor” is with her daughter, Gaia, and that she’s had “very interesting conversations with her friends who are gay or who are trans or who aren’t sure, and there I find great nourishment and love.”

A few days after the interview, Hattersley received an email from Thompson, expanding upon her thoughts on the matter.

So trans rights, which to some have come out of the blue and seem staggeringly strange – but which of course have always been needed because like female intelligence and homosexuality, transsexuality has always been there but hidden or unseen or forced into hiding – for self-protection – must be fought for and upheld just like any other. 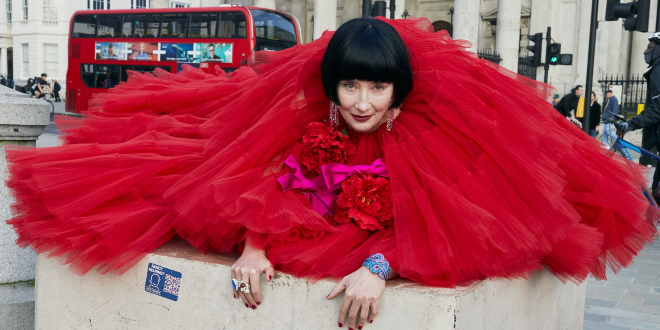 Emma Thompson on a shoot in London for British “Vogue”

Whether you commute into the office or have a nice little office space in your home, we all know the lovely feeling of making it your own, and Thompson has done just that. Mid-interview, she hoists up her laptop, holding the pixelated image of Hattersley in her arms, and carries out an office tour.

She has bookshelves “filled with easy fiction,” photos of her family, pictures of her trips with ActionAid and at Downing Street, and finally, a knitted, fan-made Nanny McPhee that sits on her mantelpiece.

If Thompson is “lucky enough to see some of it,” she is intrigued by what her final 30-year cycle will bring. She described turning 60 as “a watershed,” but now at 62-years-old, Thompson feels “free,” her past insecurities gone.

I don’t mind about any feeling now. Feelings are what pass through us, you know. It’s our internal weather. It will always be there, and it will always pass. That’s the nature of it.

It’s safe to say that the double-Oscar-winning Dame Emma Thompson did not disappoint! Cruella will be released in theaters and on Disney+ on May 28.