We’ve reported on several Potter-themed Airbnbs, and this manor is certainly one to add to your list of destinations. With three different, magical experiences, Le Manoir de Bois-en-Ardres is sure to delight witches, wizards, and Muggles alike.

First up is the le Magicobus, which is the manor’s version of the Knight Bus and is situated on the grounds of the estate. The traditional English double-decker bus can be booked for as many as five people, with three single beds and one double on the top deck of the bus. The ground floor features a kitchenette and a TV complete with every Harry Potter film. The iconic purple exterior creates an enchanting feel from the get-go, and you can even sit behind the wheel in Ernie’s chair!

Besides the bus, there are two Potter-themed areas inside the manor itself. The first of these is la Suite 9 3/4, which is a two-bedroom flat on the manor’s first floor. Guests start their day by picking out robes to suit their House and are then free to play wizard chess, explore the skies on a Nimbus 2000, and when they’re finished, walk through the wall to platform nine and three-quarters. If you’re don’t fancy taking the train to Hogwarts, you can even check out the Weasleys’ flying car on the grounds of the manor. The suite can sleep up to four people, although if your group isn’t that big, you can just book one of the bedrooms. 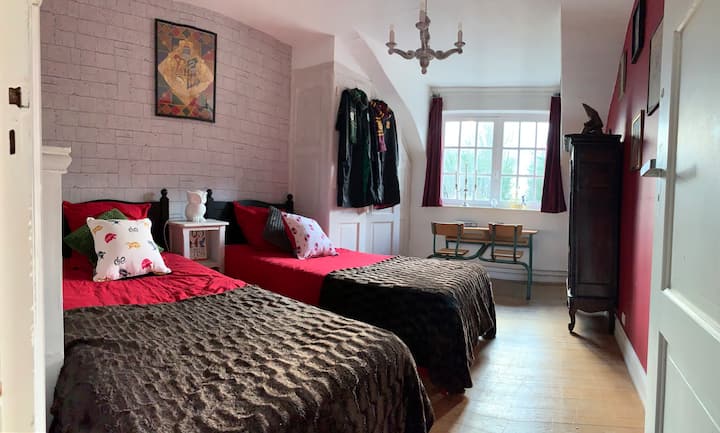 Guests at Suite 9 3/4 can pick out robes, compete at wizard chess, and discover lots of memorabilia around the flat. 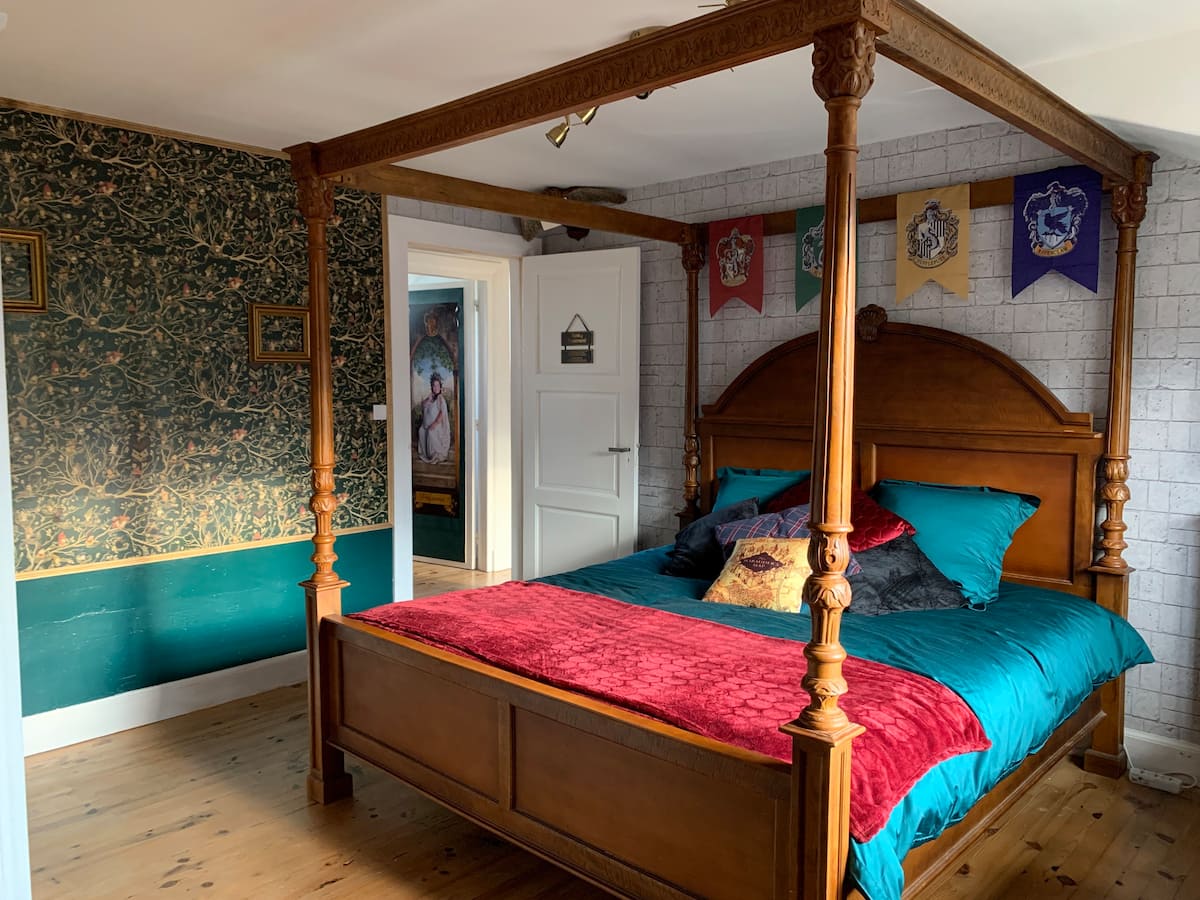 Suite 9 3/4 has two bedrooms, one with a double bed and the other with two singles. 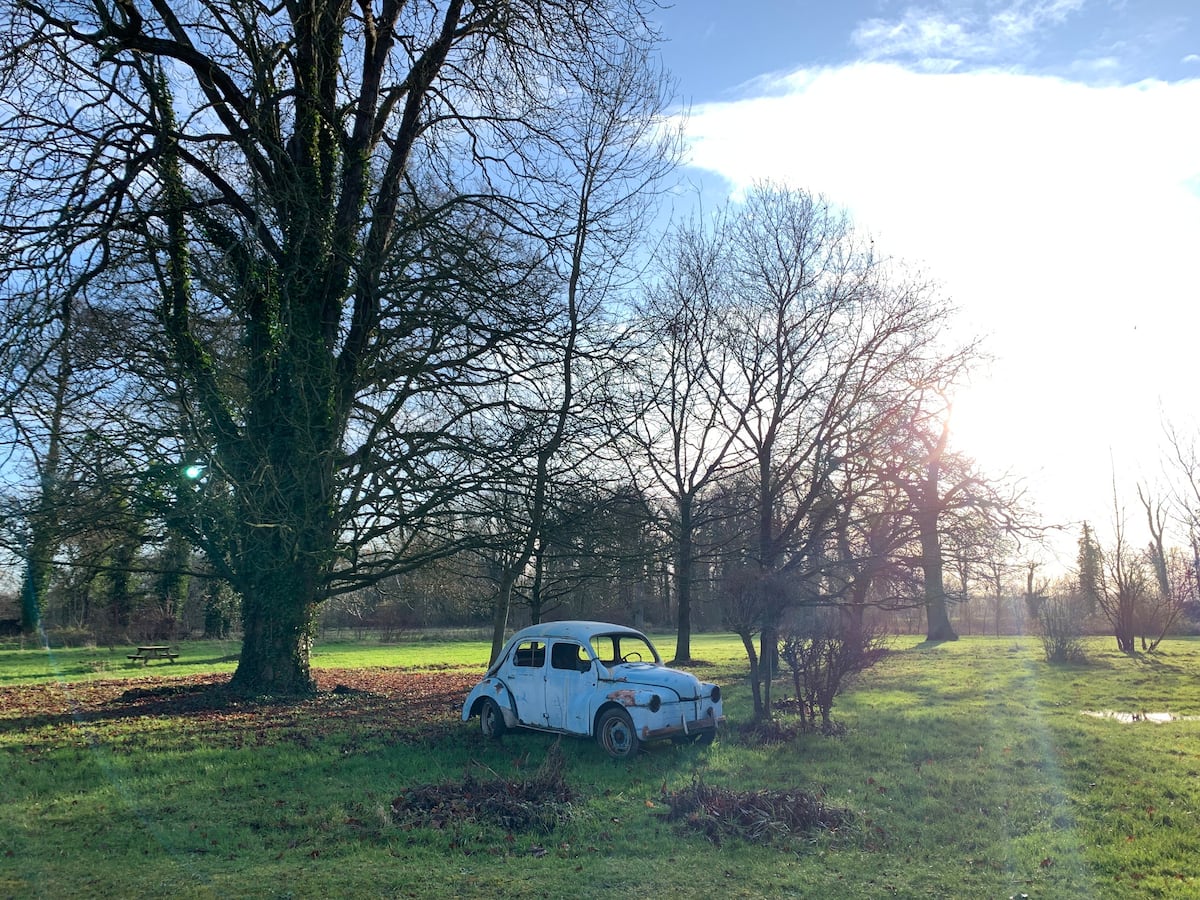 Le Manoir Bois-en-Ardres has its own flying Ford Anglia. 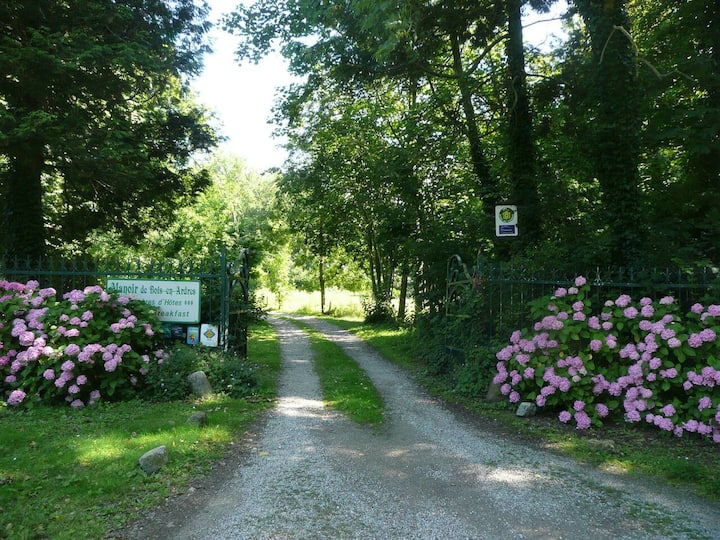 The final Potter-themed area available for you to visit is the scariest of the lot. With its dark decor and large potions collection, the room definitely lives up to its name. La Chambre des Secrets is based on Salazar Slytherin’s hidden, underground room. It’s the smallest Potter space available at the manor, but it’s certainly still as magical as the others. After a day of brewing, casting, and hexing, you can relax under the false starry sky of Hogwarts’s Great Hall.

All of these rooms opened in January, and even though lockdown restrictions have caused some struggles for the manor’s owners, guests have been enjoying their stays at the manor. One described it as a “beautiful, enchanting break with the family,” while another mentioned how their “daughter is amazed to have lived ‘for real’ in the world of her favorite characters.” Are you hoping to travel to one of these magical getaways soon?