Universal Studios Japan has been temporarily closed since April 25, 2021, due to a state of emergency in the area, but Harry Potter fans will be pleased to hear that it has reopened once again.

While it is currently only open on weekends with reduced capacity until further notice, this is good news since when the theme park first closed due to the COVID-19 pandemic last year, it took longer for it to reopen its doors.

Safety protocols have been put into place to ensure its guests have an enjoyable and safe visit, and these can be found on Universal Studios Japan’s official website.

Universal Studios Japan will continue to implement enhanced health and safety protocols and capacity control measures while Osaka Prefecture remains under a State of Emergency and thereafter. Universal Studios Japan will encourage guests to depart the theme park at varied times to avoid congestion. Indoor dining dividers were also installed at restaurants throughout the park.

In other news, Universal Studios Hollywood has been given the go-ahead to jump from its current 35% attendance limit to full capacity starting June 15, meaning it is looking to hire more than 2,000 people this summer. 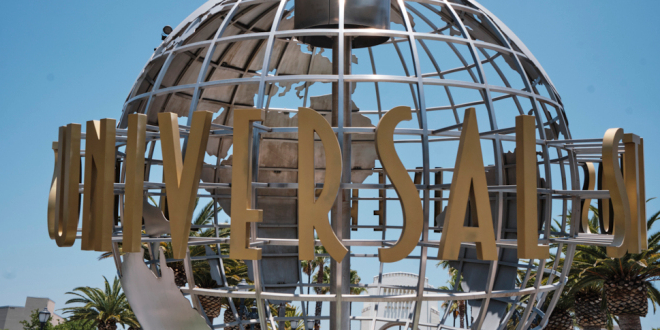 Universal Studios Hollywood is, of course, the home of the Wizarding World of Harry Potter, and while we can only dream of getting jobs as dragon trainers, Aurors, or shop assistants in Diagon Alley, a fantastic range of Muggle jobs are available at the Studios.

The positions run the gamut from full-time, part-time and seasonal to professional career opportunities. A highlight of available jobs includes those in Attractions; Entertainment, including Production Assistants and Show Controllers; Guest Relations; Park Services; Wardrobe; Retail; Parking and Food, including posts [such] as Bartenders, Baristas, Cooks, Bakers, Food Stand Attendants and Runners.

It’s not specified which part of the park these job postings will be based in, although several could well be within the Wizarding World of Harry Potter.

Maybe you’ll be walking around the magical Harry Potter attractions and rides, ensuring a “seamless experience” for guests as a park attendant. Perhaps you’ll be making delicious Wizarding World goodies as a baker or park cook, or instead, you could be selling extraordinary Potter replicas, memorabilia, and souvenirs as a retail sales clerk.

There is also a range of professional jobs available at the Studios, including jobs in finance, marketing, and human resources.

Universal City, California, June 1, 2021—Universal Studios Hollywood is casting a wide net to fill more than 2,000 jobs at the world-class theme park destination, offering prospective employees a chance to work within the exciting entertainment industry and alongside some of the most popular rides ever created.

An array of professional jobs is available from Finance, Marketing, Human Resources and Engineering to Environmental Health & Safety. To apply, please visit www.NBCunicareers.com.

Universal Studios Hollywood brings to life the magic of movie and television production, entertaining guests from around the globe and immersing them in such thrill rides as Jurassic World—The Ride, which now features the all-new, extraordinarily realistic dinosaur the Indominus rex; The Secret Life of Pets: Off the Leash!; [t]he Wizarding World of Harry Potter™ and Despicable Me Minion Mayhem, to name just a few.

The world-famous, behind-the-scenes Studio Tour takes guests through an authentic production studio, home to iconic outdoor sets and soundstages used in over 8,000 movies and television shows, as well as dynamic movie-based rides such as King Kong 360 3D and Fast & Furious—Supercharged.