With the world opening back up, we can finally have nice things again. After 15 months, it was announced in June not only that Warner Bros. Studio Tour Hollywood would be reopening on June 26 but also that its return will come with a new expansion. At a special preview of the exhibit that took place prior to the grand reopening, Warner Bros. invited Bonnie Wright to help authenticate the magic of the Studio Tour. There, Bonnie talked about how the exhibit sparked memories of her time on the set of the Harry Potter films and her upcoming book.

Speaking with People magazine, Bonnie found that while she was walking through the Studio Tour, she was transported back to when she was actually on set, remembering the “kind of magic and wonder” she felt while she was making the Potter flicks. And this is all without the use of a Time-Turner. If the set re-creations at the exhibit were able to spark these types of vivid recollections in a Potter actor, then it’s safe to say that the Studio Tour is worth your time and money. 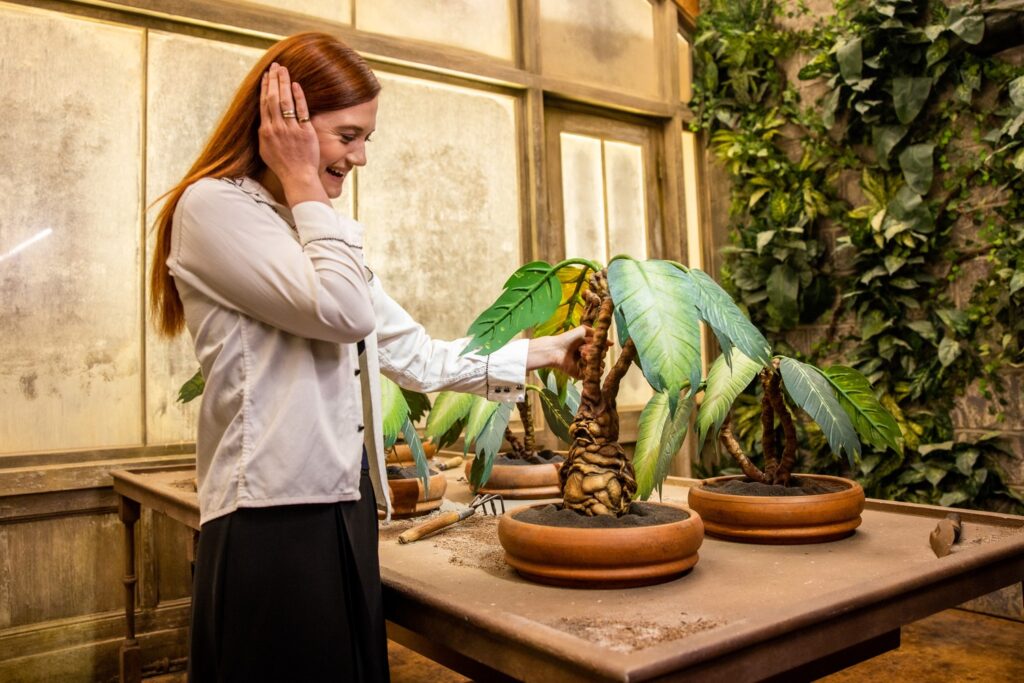 Despite the lack of a Pensieve, Bonnie was also able to conjure up a specific memory from her Potter debut. In Harry Potter and the Sorcerer’s Stone, Ginny is introduced while accompanying her family to platform nine and three-quarters. At such a young age, Bonnie remembers how nervous she was being on set for the first time and how Dame Julie Walters (Molly Weasley) “took [Bonnie] under her wing and just made [her] feel really safe.” What a beautiful memory!

For those of you who can’t make it out due to travel or financial limitations, a virtual walkthrough of the newly expanded Studio Tour has been uploaded to YouTube. The exhibit features pieces from DC films alongside all the Potter set re-creations and props.

Bonnie would then go on to gush about how the Potter movies were a wonderful education on film for her:

I got this amazing look into the film world. I was so interested in not just the role as an actor but also just all the other incredible things that made the films what they are. I was so exposed to just attention to detail, to craftsmanship, and just the quality of work was really what set me up. It made me just know that stuff can be made really well, to strive for that and work harder at your craft. When you look at all these things and designs, all the people who were making the props and the production design were just so brilliant at what they did. And I had a lot of respect for them when I was younger.

This appreciation eventually inspired her to pursue filmmaking as well. A person of many hats, Bonnie is now going behind the lens as a director for music videos and short films. Not content to sit quietly at home and wait for the quarantine to end last year, Bonnie donned another hat and is currently working on her first book, which she revealed is “basically a kind of lifestyle-home book about sustainability and what we can be doing at home, as we will spend so much time there.”

Regarding her upcoming book, which is set to be released in spring 2022, she confirmed earlier this week that she’s on her “final final draft,” and we’re so excited and happy for her.

You can read the rest of her interview with People on the magazine’s website. If you have the time, be sure to grab your tickets to Warner Bros. Studio Tour Hollywood and enjoy the nice things we finally have access to again.