First-Edition “Harry Potter and the Philosopher’s Stone” Sells for £80,000

Are you an avid collector of rare Harry Potter items? Then you may know that Harry Potter and the Philosopher’s Stone was first printed in only 500 case-bound copies, 300 of which went to school libraries, where they would be a little too loved by students. The remaining 200, however, went to bookshops. Such was a first edition, first impression of Harry Potter and the Philosopher’s Stone, which sold for £80,000 (plus buyer’s premium) at Tennants Auctioneers’ Books, Maps and Manuscripts Sale on Wednesday, July 28.

Because the copy that was sold for the outstanding price, which is no less than a staggering US$111,766, originally went to a bookshop, it did not experience the kind of wear and tear that the copies sent to libraries did. This present copy was bought by the vendors in 1997, the year of release, from Dillons the Bookstore (at the time called Sisson and Parker) in Nottingham, England. The copy bears all the identifying marks of a genuine first print, and it was auctioned along with a number of other incredibly rare books and manuscripts. 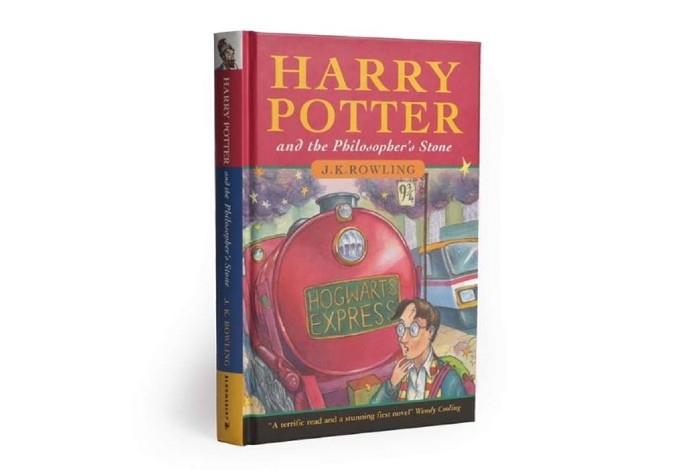 Other books sold at this same auction include a highly important collection of C.S. Lewis titles from the library of the author’s lifelong friend Cecil Harwood (1898–1975), which amounted to a total hammer price of £39,000 ($54,503). Harwood and poet Owen Barfield had a strong influence on Lewis’s own religious development while they were at Oxford University. This extended to Norse sagas, which were a great source of inspiration for the author of The Chronicles of Narnia. C.S. Lewis’s personal annotated copy of Snorri Sturluson’s Heimskringla (Cambridge, 1932) sold for £9,500 ($13,278) on Wednesday. 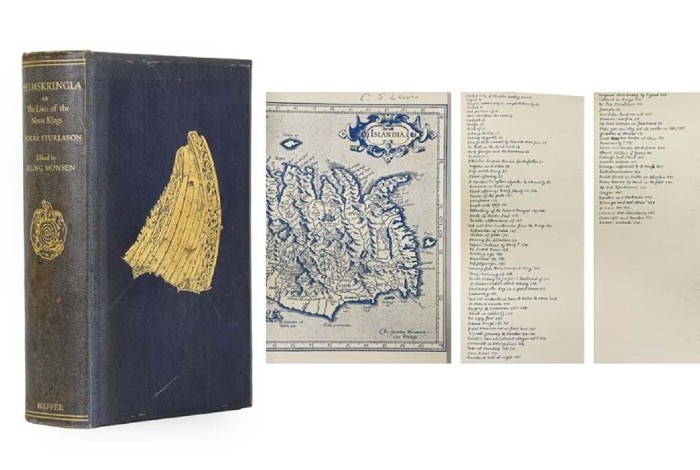