From Pages to Screens: What Makes Film Adaptations of Books So Successful?

You probably have an opinion about whether or not the Harry Potter films portrayed the books accurately. In fact, are there any movies that can do their book equivalent justice? There are several factors that go into determining whether or not a book will become a successful movie or franchise. So where exactly does Harry Potter land?

Betway Casino took a deep dive into the most successful film adaptations of books to find out the truth. Movies are ranked according to particular data points to determine their success compared to the books. Data points are based on box office income, film rating, and how the film compares to the original story of the book.

According to Betway Casino, the highest-grossing film adaptation of a book was Harry Potter and the Deathly Hallows – Part 2. Coming in at an astonishing $1.34 billion at movie theaters, the era-ending finale film surpassed other movies like The Lord of the Rings: The Return of the King ($1.15 billion), Jurrasic Park ($1.03 billion), Alice in Wonderland ($1.03 billion), and The Hobbit: An Unexpected Journey ($1.02 billion). 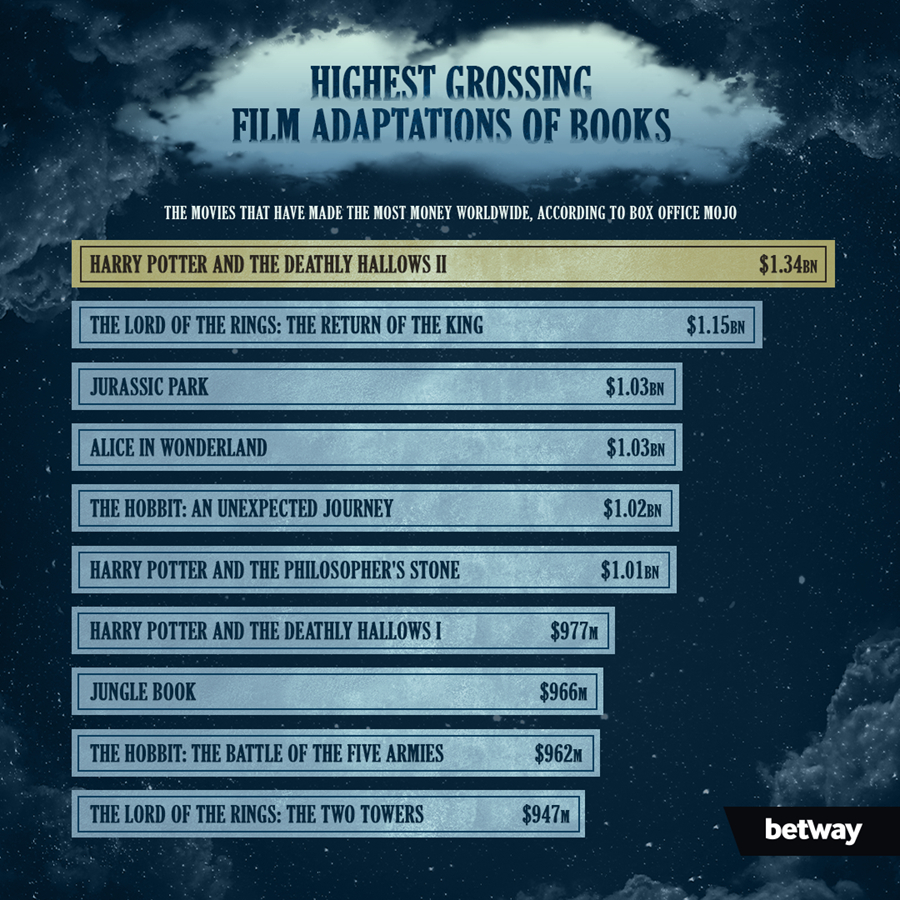 Of course, a portion of the success of the final Harry Potter film could very well be attributed to the hype from audiences. A similar explanation could be drawn for the third installment of the Lord of the Rings films. If you think about it, “there was, for example, no realistic chance that the Harry Potter and the Deathly Hallows Part II film was going to flop after seven books and seven films had built the hysteria around the series to astronomical levels.” That’s not to say that the films weren’t good enough to stand on their own, but the hype helps. 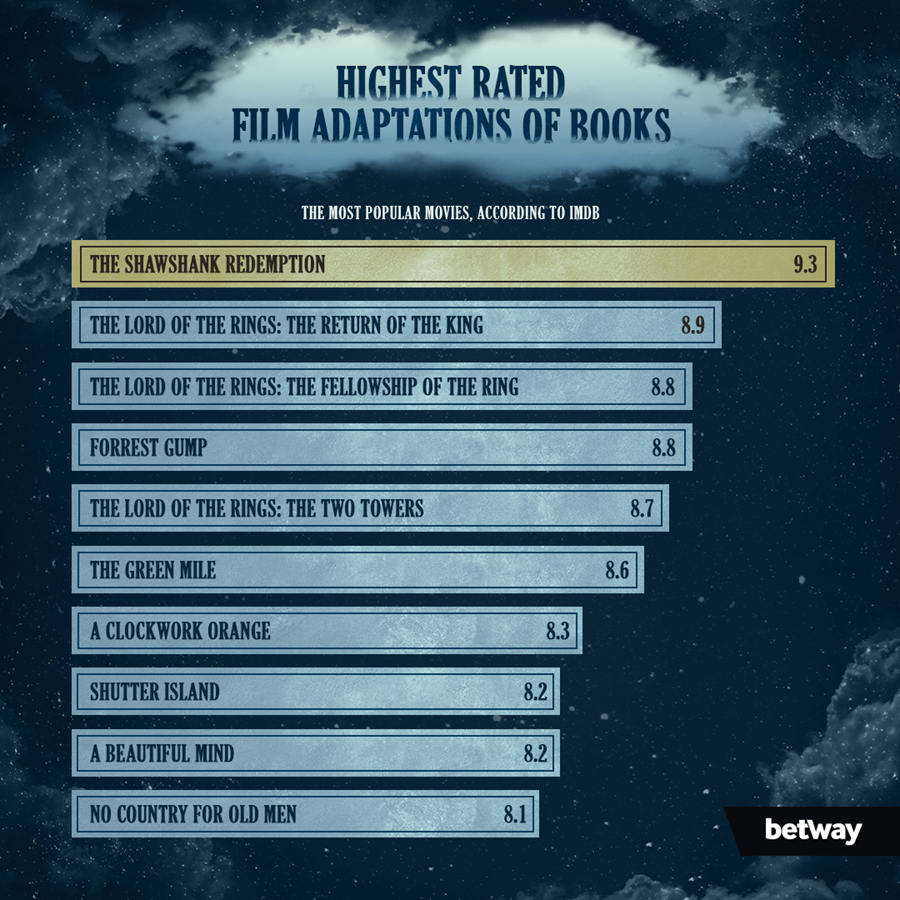 Now, it’s a bit of an understatement to say that movies are never as good as the films they are based on. According to the research done by Betway Casino, it seems that the quality of the books themselves is often what pushes the films to be so widely accepted by audiences. According to the data collected from IMDb and Goodreads, the Harry Potter books rank significantly higher than the equivalent movies. Harry Potter and the Sorcerer‘s Stone, the movie, earned a 7.6 out of 10 while the book earned an 8.9. By the end of the series, Deathly Hallows – Parts 1 and 2 earned a slightly higher score of 7.9 and the book scored a 9.2. 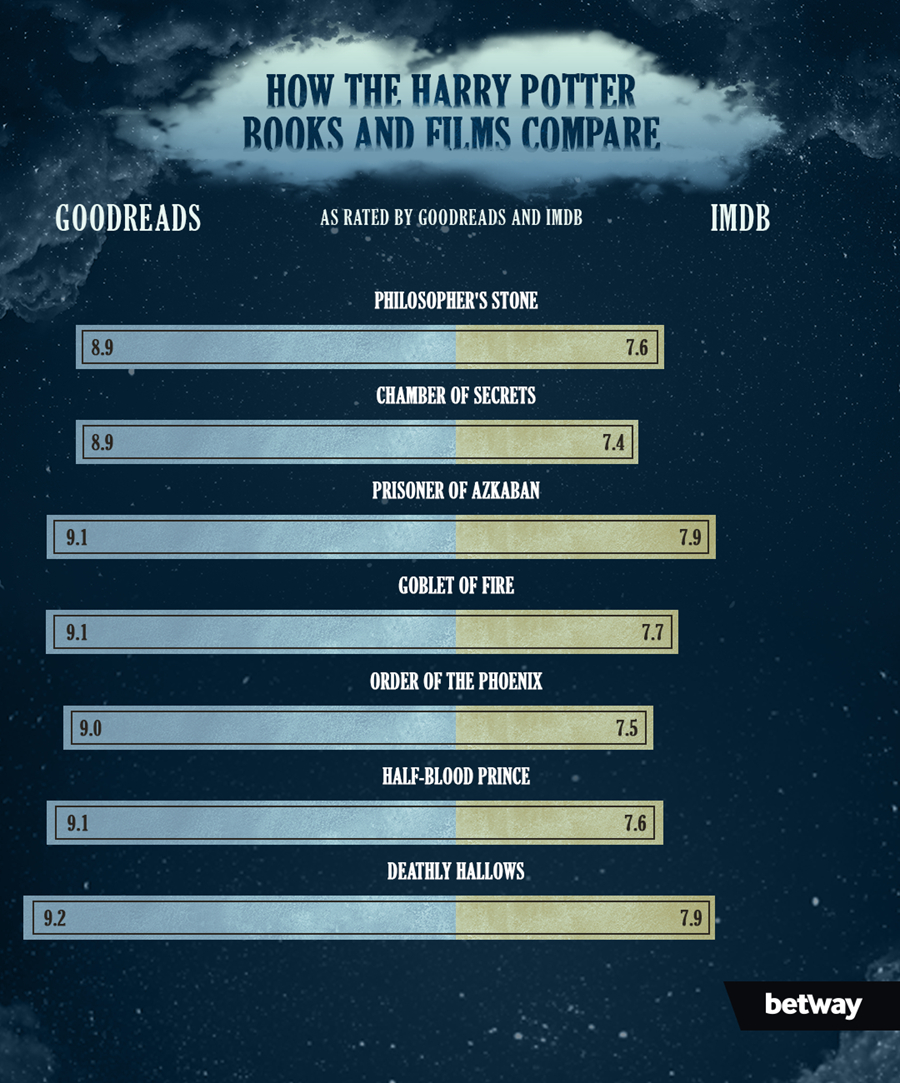 The same figure can be applied to other standalone films released. For example, The Lord of the Rings: The Return of the King earned an 8.1 rating from IMDb while the book earned a 9.1 from Goodreads. Alice in Wonderland is another stark example. The IMDb rating gives the movie a 6.4 versus an 8.1 from Goodreads. None of the highest-grossing movie adaptations scored better than their book counterparts.

The data has spoken. While there are several points to inspect, it’s fairly obvious that books can make wonderful movies, and success within larger franchises such as Harry Potter and The Lord of the Rings often piggyback off the hype from their book counterparts. Do you think the Harry Potter movies are accurate and successful adaptations of the books? Let us know!