The latest special adventure from Harry Potter: Hogwarts Mystery was full of puns we didn’t even know we needed, but we’re so glad the words graced our mobile screens. From dancing and dueling to quizzes and solving riddles, our characters have been busy!

The Rise of a Curse-Breaker adventure brought some much-needed humor to the game. We finally got to learn Leviosa Kid’s name, which is Levi, but it really made us wonder, what is Facepaint Kid’s real name?

This adventure started out with (I Can’t Get No) Levitation for Part 1. This Rolling Stones pun immediately grabbed our attention, and the puns kept coming. Another part played paid homage to the Kinks with Where Have All the Good Rhymes Gone?, followed by Stuck in the Riddle With You from the Stealers Wheel song and a delightful pun from a famous song by the Who, Won’t Get Fooled (By This Sphinx) Again. All puns aside, we helped Leviosa Kid make a true name for himself and master the spell he’s had difficulty with for years. 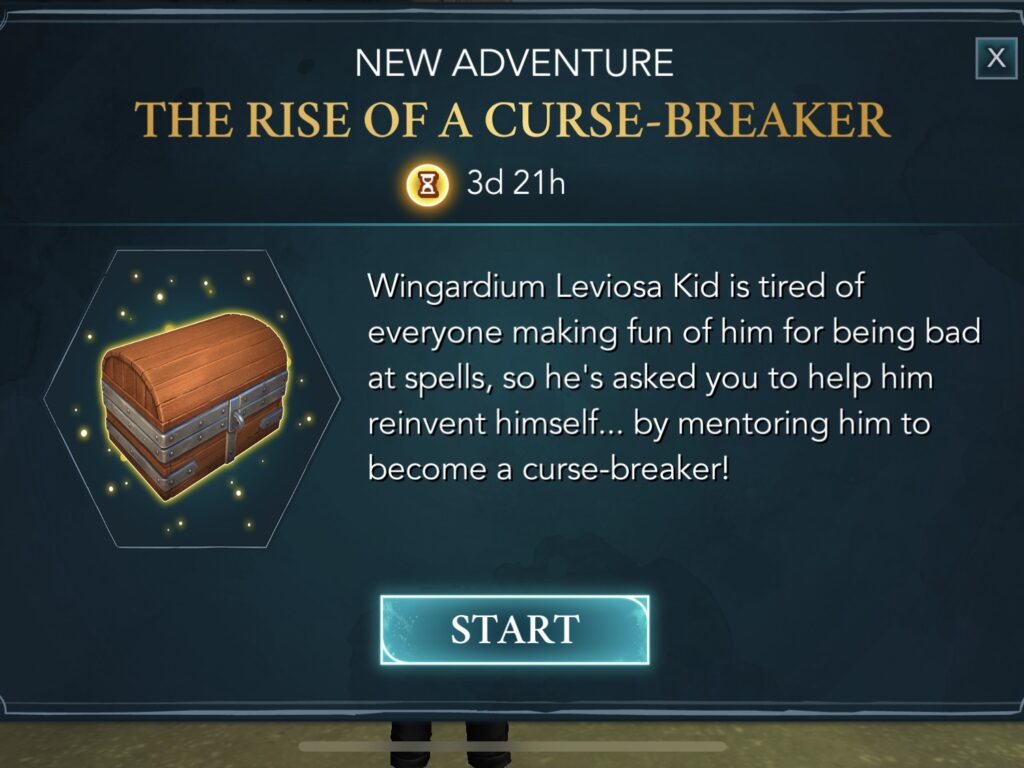 The Rise of a Curse-Breaker information

Moving on from puns galore, the game has added some updates for players. There are now more quizzes you can complete in the Dragon Club with your friends to earn that XP we’re always chasing. Not only are there new quizzes, but another side quest has been added as well: Dancing, Dueling, and Diego! The notorious Diego Caplan has chosen our character to be his dance partner in the Team Dance Challenge. Can you master the Badger Shuffle?

Once you’ve saved the day for Diego and helped Levi, it’s time to focus on Chapter 13 of our seventh year at Hogwarts. The previous chapter revealed a powerful memory-erasing potion, and it was causing quite the stir in Diagon Alley. It’s up to us to help spread the word and get a counter serum underway. This chapter ends with an interview with a certain character, and she has quite the task for us.

Have you found the Chocolate Frogs hidden around Hogwarts? This is part of the Chocolate Frogs Event happening in-game, and you’ll love the rewards. From July 19 to July 25, we are invited on a scavenger hunt to find the missing Chocolate Frogs around the school grounds. Check out the Hogwarts Mystery social media pages for clues as to where the Frog is hiding. Beginning July 21, players will earn Chocolate Frogs by completing in-game objectives. We hear there will be some special collectible cards associated with this as well. 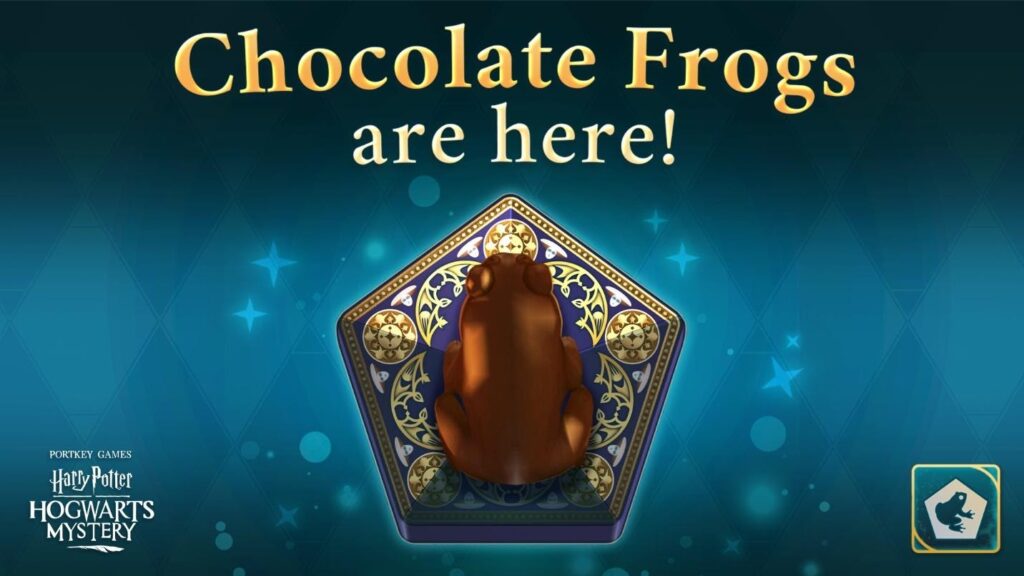 We’ve gotten some teasers on some fun stuff to be on the lookout for in-game, like new summer collections in store. There’s been talk of a black dragon being caught – can we help Hagrid save it? The Hippogriff Club has been struck by bad luck – can we help them get out of trouble?

There’s a lot going on in Hogwarts Mystery. Grab some pumpkin juice, find a comfy spot, and catch up on these quests and chapters. This Chocolate Frogs Event has us hyped – are you?

WHO:
JULY 21, 2021 - Jam City, Inc. (“Jam City”), the leading mobile game company behind some of the world’s highest[-]grossing and most enduring mobile games, and Portkey Games, a label from Warner Bros. Interactive Entertainment, dedicated to creating new Wizarding World mobile and video game experiences, announced today the launch of a new feature in their popular RPG mobile game, Harry Potter: Hogwarts Mystery. As of July 21, players will have timed opportunities to search for highly-desirable [sic] Chocolate Frogs featuring collectible cards of their favorite characters, which can be used to earn in-game rewards. This first event will run through August 16, with future events planned regularly in the future.

Harry Potter: Hogwarts Mystery is the first and only mobile game to let players create their own character and experience life as a Hogwarts student. This multiple award-winning game has surpassed over 100 million downloads since its launch in 2018.

Game Details:
Harry Potter: Hogwarts Mystery is the only mobile game where any fan can live their fantasy of attending Hogwarts School of Witchcraft and Wizardry. In this award-winning narrative RPG, players participate in the iconic rites of passage of life at the school, from being [S]orted in Year 1 to becoming a prefect in Year 5, while exploring the secrets of Hogwarts and its grounds. True to life in the Wizarding World, players advance through their seven years of schooling at Hogwarts, attending classes, learning magical skills, and forming friendships and rivalries with other students while investigating an original, unfolding mystery.

For more details on Harry Potter: Hogwarts Mystery and to connect with other fans, visit us on social media at www.facebook.com/HPHogwartsMystery/, www.twitter.com/HogwartsMystery or https://www.instagram.com/hphogwartsmystery/. For more game information, please visit www.HarryPotterHogwartsMystery.com/.