Fans Will Have a Magical Museum Day at “Fantastic Beasts: The Wonder of Nature” Exhibit

If you are in search of some fantastic beasts this summer, then London’s Natural History Museum is the place to be. Working closely with the museum itself, fans will have the chance to explore some of the real-life influences behind the mythical creatures and lore that make up the wizarding world, and with the easing of lockdown restrictions, finally, in the United Kingdom, Fantastic Beasts: The Wonder of Nature can go ahead as planned. 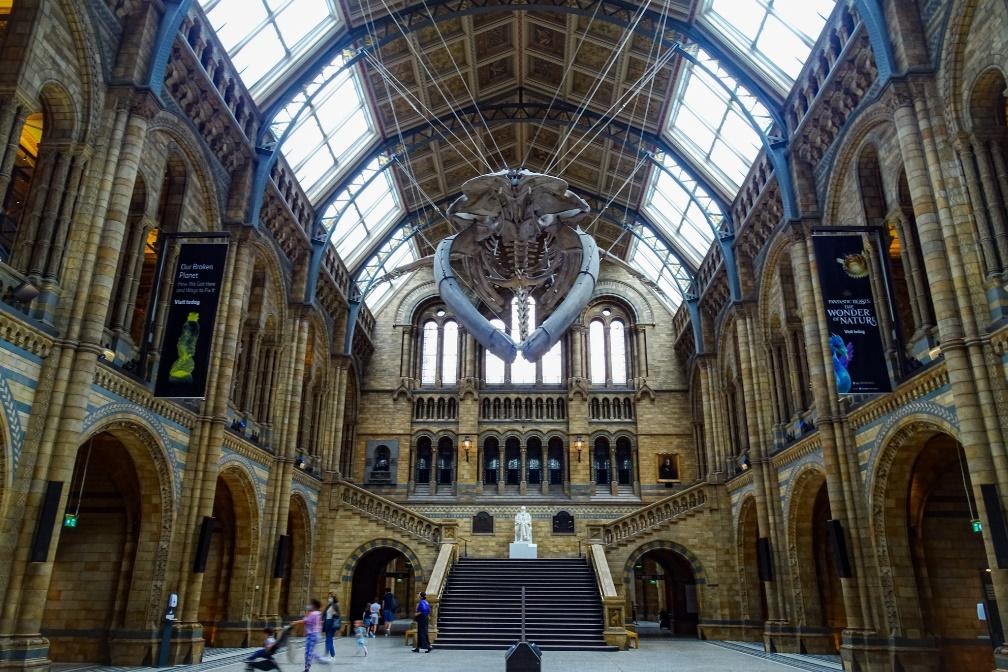 The first thing that must be noted is how much of a perfect venue the Natural History Museum is. As you make your way through the grounds, you become instantly entranced by the stunning gothic architecture that dominates the scene as the hustle and bustle of central London disappears behind the iron railings. This feeling of being transported continues as you step inside and are greeted by Hope, the breathtaking giant blue whale, and the various other skeletons, bugs, and volcanic rock that adorn the walls. This setting really makes you feel that you are part of Hogwarts, ready to be greeted by Albus Dumbledore for your first Quidditch match or series of lessons, followed by a grand feast in the Great Hall. It is worth having either a quick pit stop or your lunch in the café before you leave just so you can feel the full effect.

The first part of the exhibit is one of the more magical areas to explore as you discover where the inspiration for these mythical creatures stemmed from. This is also where you get to encounter Dracorex hogwartsia, the Dragon King of Hogwarts, and the mummification of a supposed real-life mermaid.

But Dracorex is not the only skeleton or creature on show – there are giant squid tentacles, fish skeletons, and fellow dinosaurs on display. When you come face to face with a giant fish, it is not at all surprising how legends and myths of terrifying monsters were born, with evidence of one such beast attacking a ship, still lodged within the thick piece of dense wood.

Besides the jaw-dropping “Muggle” fossils, there are also some excellent, and adorable, magical creatures to be admired too, such as the Mooncalves, with their beautiful bulging eyes that gaze up at you, or the Bowtruckles that blow raspberries and hurl their fists if you step too close to their tree. 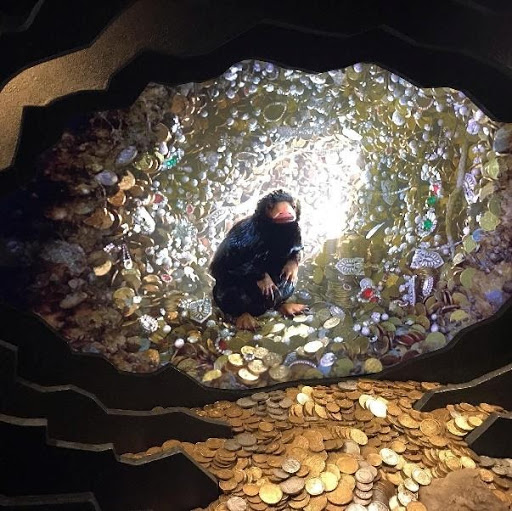 These interactive features make the exhibit come alive, particularly for younger fans of the Harry Potter franchise, who will love pressing buttons and hunting for the pesky Nifflers (a word of caution though – you may want to keep your eyes peeled as some may be lurking in the unlikeliest of places). 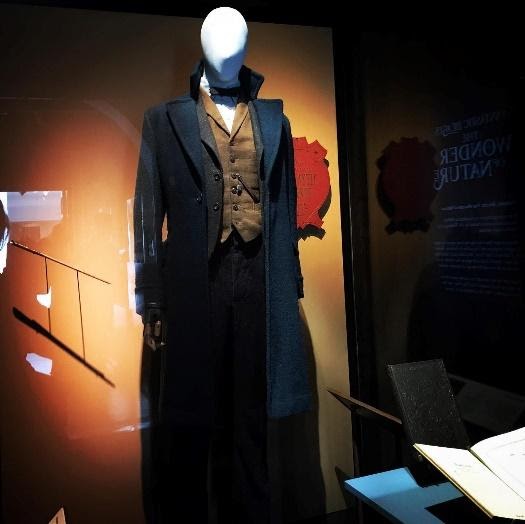 Also dotted through various sections are some of the props from both the Harry Potter and Fantastic Beasts movies. The first which you will see is none other than Newt Scamander’s costume and briefcase. You will also get to see a selection of rare props, including Newt’s manuscript to his publisher for Fantastic Beasts and Where to Find Them and a beautifully illustrated map of the world that has been pinned by Newt, highlighting all the mythical creatures that he has encountered. All the props and costumes are currently on loan from Warner Bros. Studio Tour London, which is brilliant if you have been unable to visit the Studio Tour yet. 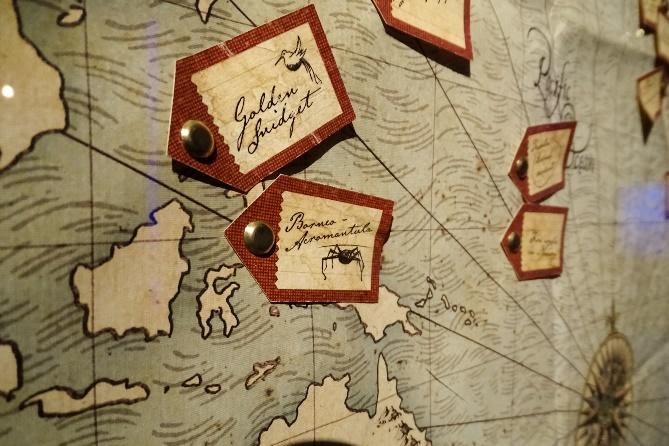 Toward the end of your visit, you will encounter a short segment regarding the current conservation work, including the tricks and techniques that are currently being used to help protect and increase numbers of animals that are facing extinction caused by hunting and climate change. You can even make your own protection poster too for not only the Muggle creatures that need our help but also mythical creatures such as dragons.

Once you have completed your tour, you will walk straight into the gift shop, where you can find your very own adorable Niffler or Bowtruckle stuffed toy and other Fantastic Beasts merchandise. There is also an exclusive and stunning print by MinaLima that really sets the tone. The print also comes in the form of mugs and tea towels. There is an accompanying book and guide for The Wonder of Nature, which can be bought from the gift shop.

While we Muggles will never receive the chance to attend a real Care of Magical Creatures lesson or explore the world with Newt, this truly is the next best thing. With fossils and animatronics to entertain and astound, all contained within a building that perfectly resembles Hogwarts, you really will believe that the magic and the creatures of the wizarding world have been residing in London all along.

Fantastic Beasts: The Wonder of Nature runs until January 3, 2022. To learn more about the magical creatures of the wizarding world, check out our new book The Unofficial Harry Potter Bestiary: MuggleNet’s Complete Guide to the Fantastic Creatures of the Wizarding World.