Welcome to another edition of Mugglenet’s Casting News! Pivoting from last week‘s royal debut for Imelda Staunton, this week we turn to old favorites, celebrating and speculating about the fourth seasons of two beloved shows. We’re also off to Central City for more information about The Flash, and we’re hopping aboard a festive experience starring Dame Julie Walters. Castium Revelio!

To kick off this week, we have a new role for Ciarán Hinds (Aberforth Dumbledore). He'll star alongside Roisin Gallagher (The Fall) in BritBox's upcoming comedy-drama series The Dry. The show follows Shiv (played by Gallagher) as she struggles to stay sober after returning home from her party lifestyle in London. She isn't the only one in the family with difficulties; her family members all have their own issues they don't want to face. The show will debut on BritBox next year.

While Hinds deals with family matters on Earth, David Thewlis (Remus Lupin) has been in a fantastical world filming The Sandman. He'll be able to return to normality soon though, as the show has finally finished filming! Thewlis plays Doctor Destiny in the show, which is based on Neil Gaiman's comic of the same name. We don't have a release date, but the rumors are that we should be able to enjoy the long-awaited series this year. 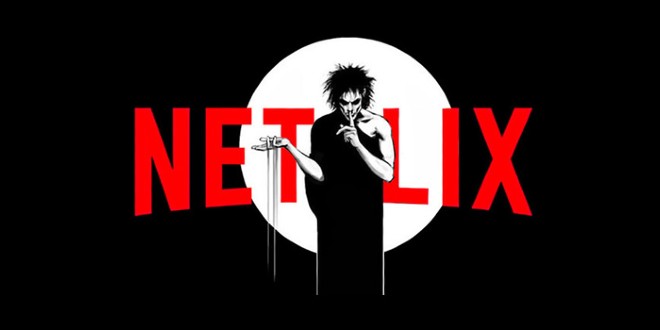 From two new shows to one we've seen plenty of. Rumors about Season 4 of Killing Eve are circulating, some of which were confirmed by Fiona Shaw (Petunia Dursley) recently. In an interview on The One Show, she proved her participation in the show when she confirmed that she was on the set in Margate. Production has begun on some episodes of the latest season, and although there isn't an official date yet, it will reportedly premiere at some point next year. Keep checking here for an official announcement!

We do finally have an announcement about Season 4 of Netflix's hit fantasy drama Stranger Things, as well as a teaser from the new series. Jamie Campbell Bower (teenage Gellert Grindelwald) joined the cast for this season but isn't seen in this teaser. Instead, the clip takes us back to our favorite moments from previous seasons before showing small scenes of Eleven (Millie Bobby Brown), Jim Hopper (David Harbour), and the rest of the main characters preparing for their new fight. Check it out below!

Dame Julie Walters (Molly Weasley) has already been taken over by the Christmas spirit. She will welcome guests to Severn Valley Railways's Enchanted Express this Christmas. She's also recorded a Christmas tale based on the poem 'Twas the Night Before Christmas, which will be played to passengers after they have settled into their compartments. Tickets for the festive experience are on sale now!

We have a release date for The Flash! Ezra Miller (Credence Barebone) stars as super speedster Barry Allen in the film, which will premiere on November 4, 2021. The film's plot is inspired by the Flashpoint arc in the DC comics, and the movie will introduce the possibility of parallel universes to the DC Extended Universe. Other superheroes will be present in the film, with not one but two Batmen expected to make an appearance. Are you hoping to see it?

That’s a wrap on this week’s Casting News! Which show are you most looking forward to diving into a new season of, or are you more excited by the new roles for Ciarán Hinds and David Thewlis? Let us know in the comments!