While the first half of July was chock-full of events for Harry Potter: Wizards Unite players, developer Niantic mysteriously left the latter half of July empty with a promise that it would announce at a later date. At the time of our previous update, the last event announced was the All Feared Adversaries Event that ended on Wednesday, July 21 at 11:00 a.m. PDT.

To give players a breather following such a perilous challenge, Niantic announced an Emergency Foundables Spotlight event that started on July 24 at 12:01 a.m. and ended on July 25 at 11:59 p.m. local time. This event was more relaxed, at least compared to previous events. There were no tasks or objectives to accomplish – instead, Niantic increased the spawn rate of Emergency Traces on the map, allowing players to collect any elusive Foundables, such as Rubeus Hagrid, Tom Riddle, Quidditch Captain Harry Potter, Ministry Employee Newt Scamander, and many others. Niantic also offered players increased Challenge XP from Adversary Encounters, and Wizarding Challenges provided increased Challenge XP, Wizarding XP, and Spell Energy. Lastly, players were also guaranteed Foundable Fragments from Forest Chamber IV and above.

Following the conclusion of the Emergency Foundables Spotlight event, Niantic finally gave fans the next Brilliant Event. The Secrets Revealed Brilliant Event Part 1 began on July 26 at 11:00 a.m. PDT. The event is currently taking place and will bleed into the new month, ending on August 3 at 11:00 a.m. PDT. To celebrate Wizards Unite‘s second anniversary, the event will focus on Harry’s memories from his second year at Hogwarts. Players are tasked with finding the Brilliant Slytherin Seeker Draco Malfoy and Brilliant Flesh-Eating Slugs from Encounters, Polyjuiced Hermione Granger from Wizarding Challenges, Ron Weasley’s Taped Wand from completing Tasks, and Petrified Colin Creevey from using a Brilliant Portkey.

Before going on to the most anticipated Wizards Unite event of this month, there have been ongoing issues plaguing players. To open Portkey Portmanteaus, witches and wizards need to physically walk specific distances in real life. While initially, the game required that the app be open while traversing the virtual wizarding world, a feature called Adventure Sync was introduced early, allowing players to track their walked distance while the app was closed. Unfortunately, it seems Android users have had issues with Adventure Sync not properly functioning. Niantic has acknowledged this issue and back in April, attempted to fix the bug with an update, but Android users continued to experience problems. A recent update issued on July 26 did not specifically address the issue, and complaints from Android users regarding Adventure Sync have not subsided. As of July 29, Niantic confirmed that it is still aware of the issue. Hopefully, Niantic is able to fix the issue in the next update.

Looking forward (or backward, depending on how you look at it), Niantic has a huge event planned for this month that will incorporate the Fantastic Beasts franchise. Starting on August 7 at 12:01 a.m. and ending on August 8 at 11:59 p.m. local time, witches and wizards will be traveling to Paris in the 1920s. The 1920s Wizarding World Convergence promises lots of new content such as three new Registry pages called Newt’s Menagerie, Circus Arcanus, and Paris Street. We can only expect tons of new magical creatures and Parisian wizarding Fragments of the past to be added into the game. Niantic is also teasing three new special encounters through Portmanteau Portkeys that are only available during the Convergence, meaning that they will disappear when the event ends. Witches and wizards can expect a chance to explore Newt’s stable of magical beasts in his beloved suitcase, walk the halls of the Magical Congress of the United States of America, or catch a performance at the Circus Arcanus. How exciting! 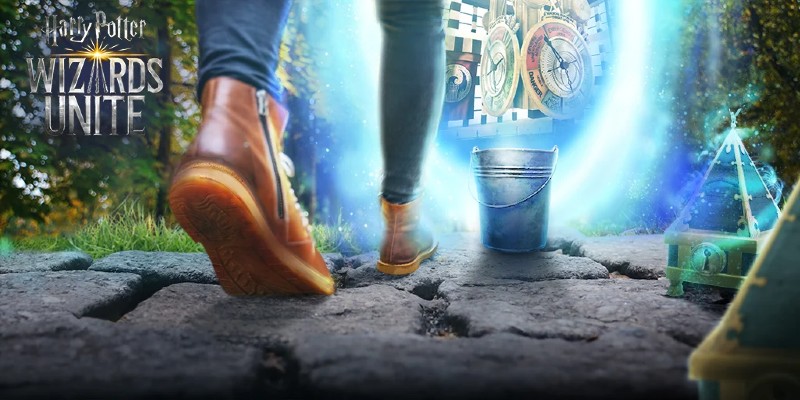 Starting on August 7 and ending on August 8, “Wizards Unite” players will be able to travel back about a century for the 1920s Wizarding World Convergence.

What new Foundables do you suspect we’ll be seeing during the Convergence? Would you prefer to attend a show at the Circus Arcanus or spend time in Newt’s suitcase? Let us know in the comments.