A project to improve a railway station in the United Kingdom has led to the creation of magical artwork. The station in Spalding, Lincolnshire, is now the proud owner of two striking new murals: One depicts a train surrounded by tulips at sunset, and the other features our favorite steam train, the Hogwarts Express. 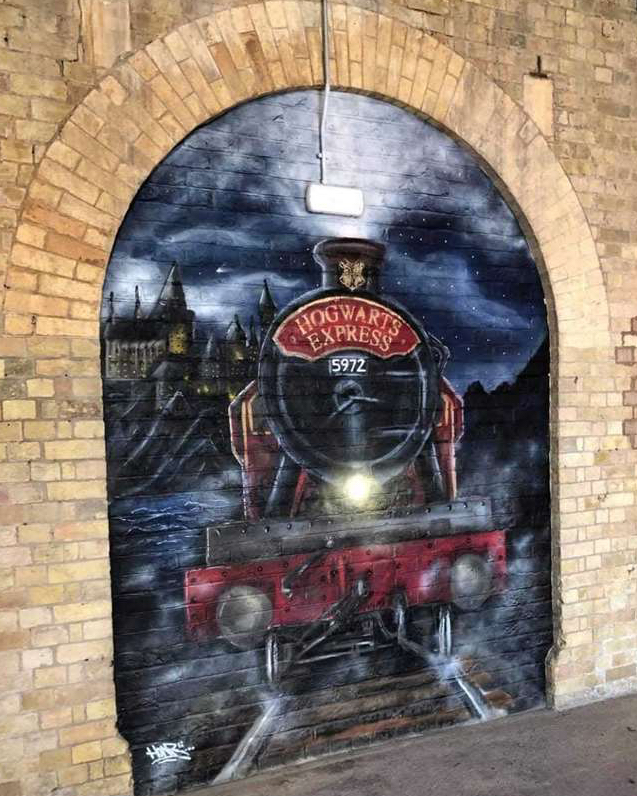 UK-based street artists Karl Barfoot and Adam Sadd, who have also transformed other areas of the town with their artwork, donated their time and expertise to the project. Barfoot’s Hogwarts Express feature wall transformation took around five to six hours to complete.

Local Councillor Jan Whitbourn, who has organized the team effort to brighten up the station, is delighted with the results. Whitbourn not only wanted something different and eye-catching, but she also wanted the artwork to be “tasteful while depicting something related to the train station.”

Whitbourn worked with Barfoot and Sadd for several weeks to find something relatable and enjoyable. Now that the murals have been completed, she can absolutely see a change for the better.

I’ve been working with Karl and Adam for several weeks to see how we could create something tasteful that people could relate to, something we could enjoy and [that would] make us smile at the station.

Once the walls were painted, you could see a clear change on how it had brightened up the area from what it was before.

Both artists said they were pleased to have been allowed to showcase their work in such a prominent position. Sadd hopes that his mural of a train with the opened tulips will bring back memories of Spalding’s heritage and also states that Barfoot’s Hogwarts Express will “make a real attraction.” 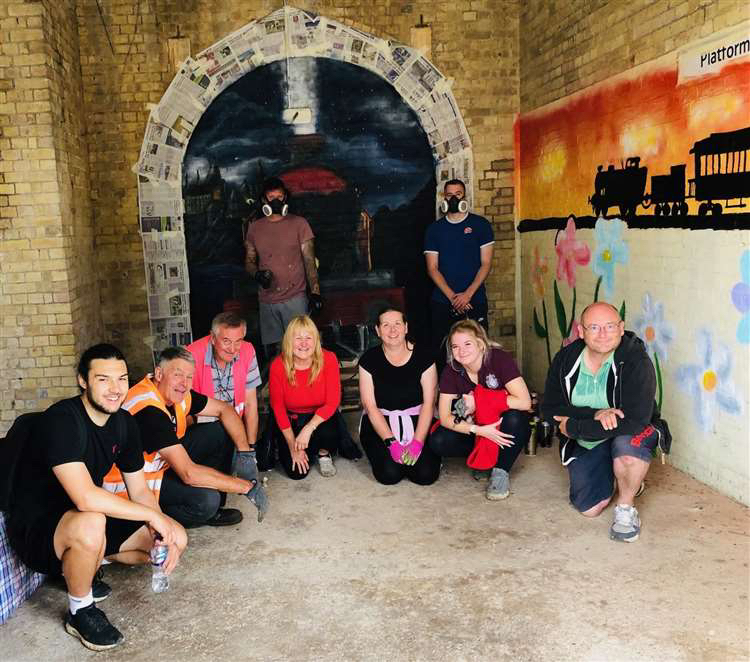 Talking about his motivations for creating such a magical piece of art, Barfoot hoped it would brighten up the station and make people smile.

The striking mural shows the Hogwarts Express head-on, looking as if to enter the station at any moment. The wonderful Hogwarts Castle is in the background, under a cloudy night sky.

It’s also great to have more of our work on show in the town, and hopefully, people will want to come and visit it to see what we’ve done and take some photos.

Both of the amazing creations can be found on Platform 2 of Spalding railway station, Lincolnshire. Have you been to see the mural? Or have you seen any other Potter murals or street art that you have loved?