The 2021 Major League Quidditch (MLQ) season is almost over, but the season’s main event is close. MLQ Championship will be hosted in Howard County, Maryland, on August 21–23. The event is divided into three parts.

The main tournament is the Benepe Cup, named after one of the founders of Muggle quidditch. On August 21–22, the 12 best quidditch teams from the United States will compete there. They qualified during the MLQ summer season. Only the New Orleans Curse and the Rochester Whiteout didn’t qualify. The Canadian teams, the Ottawa Black Bears and the Toronto Raiders, were separated in the 2021 MLQ season due to the pandemic situation. The remaining teams that will compete for the Benepe Cup are below:

The first day of the Benepe Cup will start with the Play-In Bracket. The League City Legends will compete with the Cleveland Riff for the chance to play against the Washington Admirals. The winner of the match between the Detroit Innovators and the Charlotte Aviators will play against the Kansas City Stampede. Then the winners of these two matches will play against each other, and the winner will continue in the Championship Bracket. Also, the losers of the first matches have another chance to play against each other, and eventually one of them will also continue into the Championship Bracket.

In the Championship Bracket, the Indianapolis Intensity will play against the San Antonio Soldados, and the Minneapolis Monarchs will play against the Boston Forge. The New York Titans and the Austin Outlaws don’t know their opponents yet because they will be two teams from the Play-In Bracket. The explanation of how teams were seeded can be found in the 2021 MLQ Championship: Format Release video.

The semifinal and final games are scheduled for the second day, Sunday, August 22. Meanwhile, there will be the Next Gen Showcase, where practice squad athletes will compete against each other. The rosters of the two teams have already been announced. All of them are athletes who weren’t chosen during tryouts, but they are considered the future of MLQ. 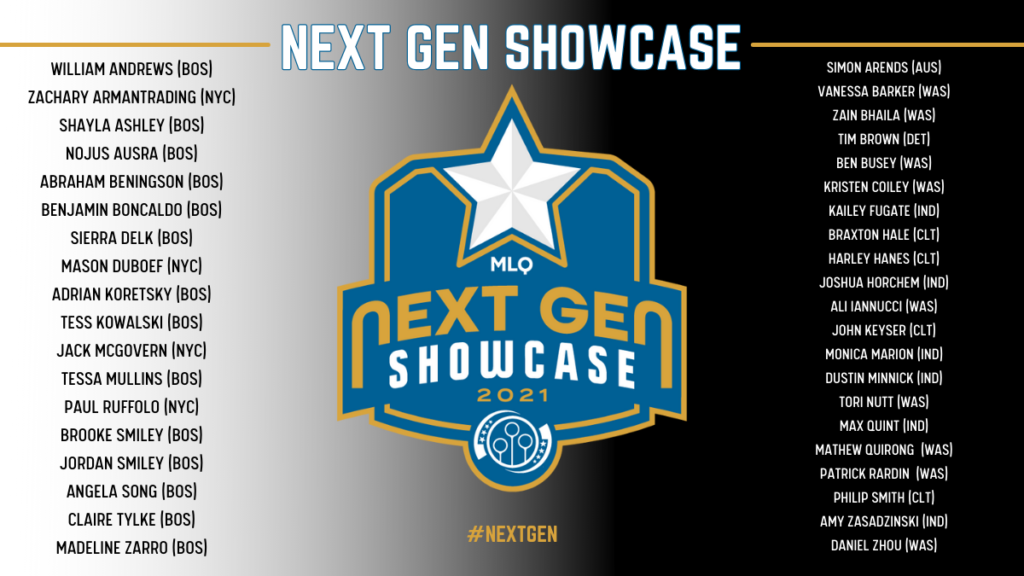 On the third day, Monday, August 23, there will be Take Back the Pitch. This is a new part of the MLQ Championship with goals to celebrate gender diversity and address sexism and transphobia on the pitch. There will be players who are only cisgender female, non-binary, or transgender athletes. The tournament is meant to give them the opportunity to show their skills and not be overlooked by their teams. The players were seeded in four teams: Kyoshi Warriors, Ocean’s 17, Team Ruth Bader Winsburg, and the Red Guardians.

MLQ is also aware of the health risk of COVID-19. The organizers created the 35-page book of guidelines for health and safety at the start of the season. They are also aware of the Delta variant cases, and they require teams in high transmission areas to have negative tests before games. No team can compete if it doesn’t have all players fully vaccinated.

12 best teams from across the U.S. compete for Benepe Cup crown

The 2021 MLQ Championship will feature the 12 best real-life quidditch teams in the U.S. at Troy Park in Elkridge, Maryland. Four teams each qualified from the East, North and South Divisions during the regular season. Tickets are available here and press passes are available here.

Quidditch is a mixed-gender, full-contact sport played by around 600 teams in almost 40 countries. The rules, originally adapted from the Harry Potter book series, incorporate a mix of elements from basketball, rugby and dodgeball.

MLQ is the highest level of quidditch in North America. The league is home to 15 franchises and one trial expansion team across the U.S. and Canada and runs from June to August. The teams recruit star players from local college and club quidditch programs.

The MLQ Championship is the league’s marquee event. Howard County was originally selected to host the 2020 edition of the tournament in November 2019. When the 2020 season was cancelled because of the COVID-19 pandemic, MLQ opted to give Howard County the opportunity to host the 2021 finale.

MLQ became the first quidditch league to resume gameplay in June. Previously, no competitive quidditch games at any level had been contested in the U.S. since March 2020.

In the course of returning to play, MLQ has been guided by a 35-page book of health and safety protocols, including a Covid Code of Conduct. The league has responded to the rise in Delta variant cases by requiring teams in high transmission areas to report negative tests before matches. No team can compete in 2021 unless all its participating athletes are fully vaccinated.

The teams are competing for a chance to take home the Benepe Cup — the league trophy named after real-life quidditch founder Alex Benepe. The defending champion, [the] Boston Forge, [has] won the most titles with three while the consensus favorite heading into the tournament, the Austin Outlaws, [has] claimed two.

The hometown Washington Admirals had their best-ever season in 2021. They became the first team to defeat their division rivals from Boston in a regular[-]season series with a pair of dramatic wins on July 24-25 at the Fields at RFK Stadium. They will attempt to advance out of the play-in bracket on Saturday morning.

Following the play-in round, the remaining eight teams will square off in the best-of-three championship bracket on Saturday afternoon and Sunday. The games will be played simultaneously on two fields and will be livestreamed to fans around the world.

Take Back the Pitch, a showcase with four teams drafted from a player pool of athletes who are not cis men, will follow on August 23. The event aims to challenge current understandings of gender in quidditch and create additional opportunities for cis and trans women, non-binary folk and trans men.