Muggle quidditch always tries to be diverse and inclusive for all genders, but gender equality has been questioned more this year. It was the theme of one of the panels at Quidcon and later summarized by US Quidditch during Women’s History Month. Meanwhile, Major League Quidditch (MLQ) has created the Gender Diversity Initiative.

The gender diversity team is focused on addressing and understanding the problems of sexism and transphobia for cis and trans women, non-binary people, and trans men. It will also hold events, and its first official event is Take Back the Pitch.

Take Back the Pitch is a tournament that will highlight players who are overlooked and not appreciated enough by their teams because of their sex or gender. During the tournament, they will get the leadership opportunities, playing time, and skills training that they have always deserved.

The tournament will be held during the MLQ Championship on August 23. Any player of any skill level who is not a cis male can sign up. Registration costs $30 for the early bird discount until June 15 and then $35 until July 12. Those in need of financial support can apply for a grant.

After the sign-ups are complete, players will be distributed to the teams. They will have their own team jerseys with prominent names and numbers, and there is no obligation to volunteer. Officials will be paid by the standards of MLQ. Anyone, including cis males, may sign up as a volunteer, referee, snitch runner, or commentator, but those who wish to referee who are not cisgender males will be prioritized. 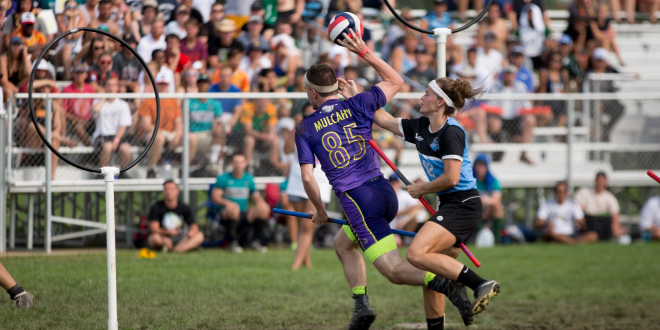 The leaders of the Gender Diversity Initiative are Jess Daly and Brittany Lee; other team members are Dana Dixon, Vanessa Goh, Diana Howard, Mary Owen, and Allison Rich. Erin Moreno, Zoe Mastellotto, and Lulu Xu also helped with the project. They all worked on research and planning for the event for a long time, and now Jess Daly has spoken about it.

We are so excited that we are finally able to announce Take Back the Pitch to the quidditch community. Our team has been hard at work the last few months to get ready for the launch and will continue to work towards presenting a top-notch tournament for you all to participate in. We’re thankful to MLQ for giving us such a prominent stage to highlight gender[-]diverse athletes who may not otherwise get the recognition they deserve and can’t wait for Aug. 23.