When thinking of shows with diverse characters, we always think of Reba. Upon rewatching this show for the 50th time, we couldn’t help but think of the Hogwarts Houses the characters would best be Sorted into. We adore them in so many ways. For those unfamiliar with the show, it revolves around Reba and her family. It starts out with her getting a divorce from her husband due to his affair with his pregnant assistant. She also finds out her daughter is pregnant at the age of 17. The show then continues to revolve around the family and the different trials life offers. We think Harry Potter fans would enjoy this show because it relies heavily on the importance of family, and we all know that family is a heavy theme throughout Harry Potter. Evaluating their Hogwarts House traits helped us better understand what makes them so remarkable. If you love this show as much as we do, we guarantee this will only make you love it more! 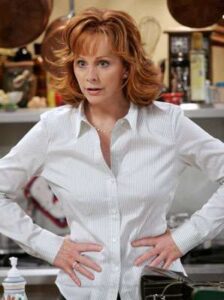 Reba was pretty easy to Sort since she fully embodies the characteristics of a Ravenclaw. She is intelligent, clever, witty, calm, and wise. She is constantly supplying the other characters with wisdom and life lessons. Every character in the show looks to her for advice and can expect some quick wit from her. Reba’s witty comments become more prevalent when she’s around Barbara Jean. Her snappy comebacks are a staple in the show’s dynamic. 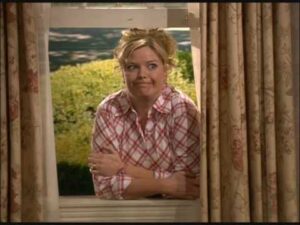 Barbara Jean was incredibly easy to place. She immediately embodies a Hufflepuff in every way possible. She is kind, loyal, hard-working, enthusiastic, honest, and reliable. Barbara Jean is constantly doing things to make Reba like her, and she is always quick to go the extra mile for her family. For example, in season 5 episode 18, Reba gets laser eye surgery, leaving her blind for a day. Barbara Jean is quick to come help as she even reads to her and sneaks in to help her find her way around the house. She is also known as the family goofball when she says phrases like “Okie Dokie Smokie” and tells stories of her side hustles such as reading to the blind. 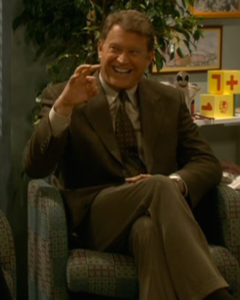 Brock was a little more difficult to place, but we felt he best embodied Slytherin. He is cunning, ambitious, determined, charismatic, and manipulative. Brock constantly looks for ways to become more successful. At one point he almost quits dentistry to pursue a golf career. He is also always trying to charm his way out of sticky situations. He is constantly giving off that “my father will hear about this” vibe. A good example of his charm is in Season 5 Episode 11, when he gets kidney stones and guilts Reba into taking care of him. She makes him food and performs general caretaker duties.

Van is daring, brave, valiant, prideful, passionate, chivalrous, and strong. As the athletic one in the family, he is always making sure to prove his manhood. He even completely rebuilds his life as a realtor after an injury ruins his dream of playing professional football. Van is also very passionate, as he is always performing romantic acts for his wife Cheyenne. Van is an easy choice for Gryffindor in all aspects, including his witty remarks. I’m looking at you, Harry. 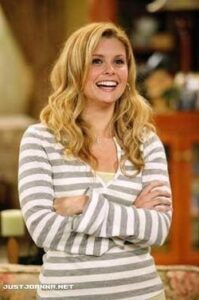 Cheyenne was very difficult to place, so we decided to make her a combo House. She represents both Ravenclaw and Hufflepuff by being egocentric, intelligent, honest, loyal, and stubborn. Cheyenne shows strong traits of Ravenclaw through her self-involvement and her devotion to school in later seasons. She becomes Hufflepuff in her loyalty to her family and her stubbornness to change her views. She also ends up dropping education to start doing charity work, which adds to her Hufflepuff side.

Kyra is cunning, ambitious, talented, manipulative, and has a craving for power. From her musical talent to her snide remarks, Kyra fits perfectly into Slytherin. She is always trying to scheme her way into things and makes rude comments toward Barbara Jean, Cheyenne, and Van. She isn’t all bad since she stands up for her family when needed, but she definitely doesn’t volunteer for family time. 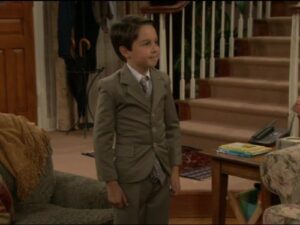 Jake is another character who is hard to place due to his low presence in the show, but he seems to heavily resemble Hufflepuff. He is kind, lazy, inclusive, and stubborn. Jake is the typical boy – all he ever wants to do is watch TV and play video games instead of doing his homework. He stands out as Hufflepuff due to moments such as when Brock remarks that while Jake plays outfielder on his baseball team, he spends his time in the field trying to catch butterflies. He is known for also being horrible at sports by scoring goals for the other team. These characteristics make him very innocent in nature and place him perfectly in Hufflepuff.