In September 1991, Stephen Fry, known to Potter fans for reading the Harry Potter series for the British audiobook recordings, became a published author. His first book, titled The Liar, is a semi-autographical novel told from the perspective of a college student named Adrian Healey who becomes embroiled in a spy game alongside his mentor, Professor Donald Trefusis. For about a decade, Fry has been trying to adapt his debut novel into a movie, and it looks like his tenacity is finally paying off. The Liar will be adapted into a movie and is set to begin filming next month in the United Kingdom.

In his feature-film debut, Tony Hagger will be writing and directing the flick with Guy de Beaujeu producing. The movie is being billed as an “LGBTQ+ coming-of-age spy caper” that follows Adrian Healey as he navigates life as a student at Cambridge University, where he meets potential spy and English professor Donald Trefusis, who recruits Adrian for an espionage mission.

Asa Butterfield, known for playing the titular characters in Martin Scorsese’s Hugo and the film adaptation of Ender’s Game, will be playing Adrian while Donald Trefusis will be played by none other than Jeff Goldblum. Considering Goldblum’s rather unique approach to acting and Fry’s legendary wit, this movie is shaping up to be something offbeat but quite special. 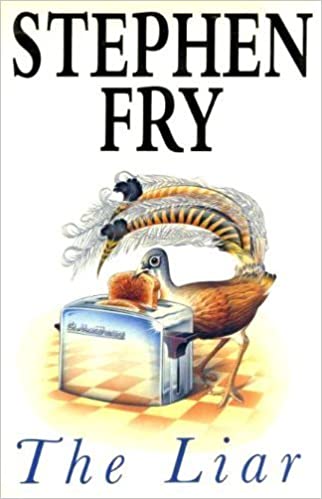 Stephen Fry’s debut novel, “The Liar,” will be getting a film adaptation starring Jeff Goldblum.

It seems that Fry shares the same admiration for Goldblum as the rest of the Internet. Upon learning that Goldblum had been cast as Trefusis, Fry was understandably excited and gushed about the Hollywood legend:

I hiccupped with delight when I heard that Jeff Goldblum had accepted the role of Donald Trefusis. That uniquely perfect mixture of authority, eccentricity, intelligence, humor and charm is just what the character calls for… hurrah!

The only thing missing so far is whether or not Fry will be providing voice-over narration for the movie. After all, it will be a nice touch, and Potter fans would love another opportunity to hear Fry’s golden pipes.

There is no official release date for The Liar, though producer de Beaujeu unofficially estimates a 2022 release. Be sure to check back here for more details.

Do you think the adaptation will remain faithful to its source material? Do you think Goldblum will try to rein in some of his trademark quirkiness for the role or simply let himself go? Let us know in the comments.