Which Halloween Sweater Would You Wear to the Hogwarts Feast?

The spooky folks at HalloweenCostumes.com have a plethora of costumes for every horror and Halloween fan, and they mean everyone. They make sure to include all shapes, sizes, ages, and legs (woof) so you, your baby brother, your grandma, and your dog won’t miss out.

We particularly liked their large Halloween Sweater section and took it upon ourselves to guess which Wizarding World character would wear which sweater.

Go ahead and see if your guesses match ours. 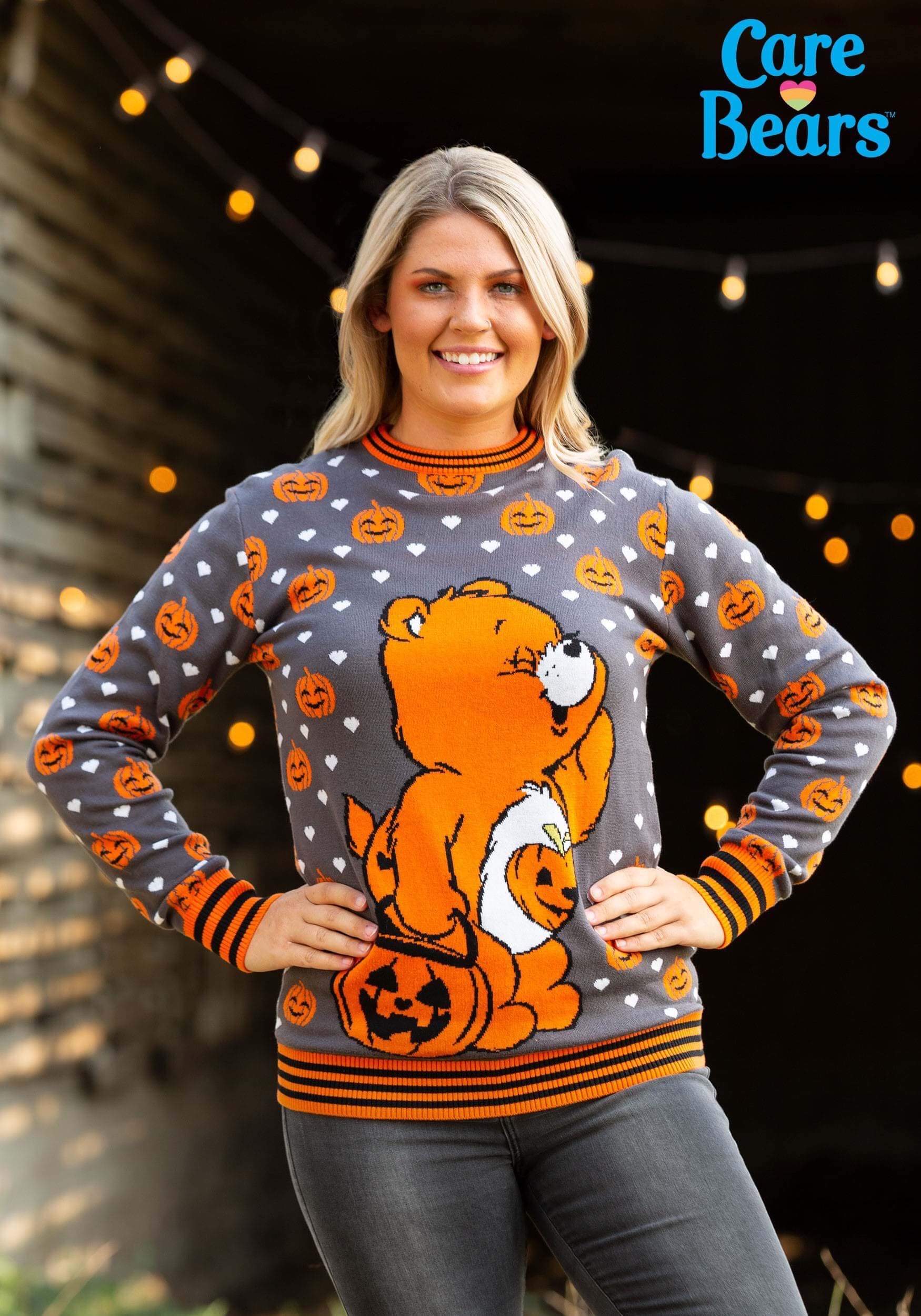 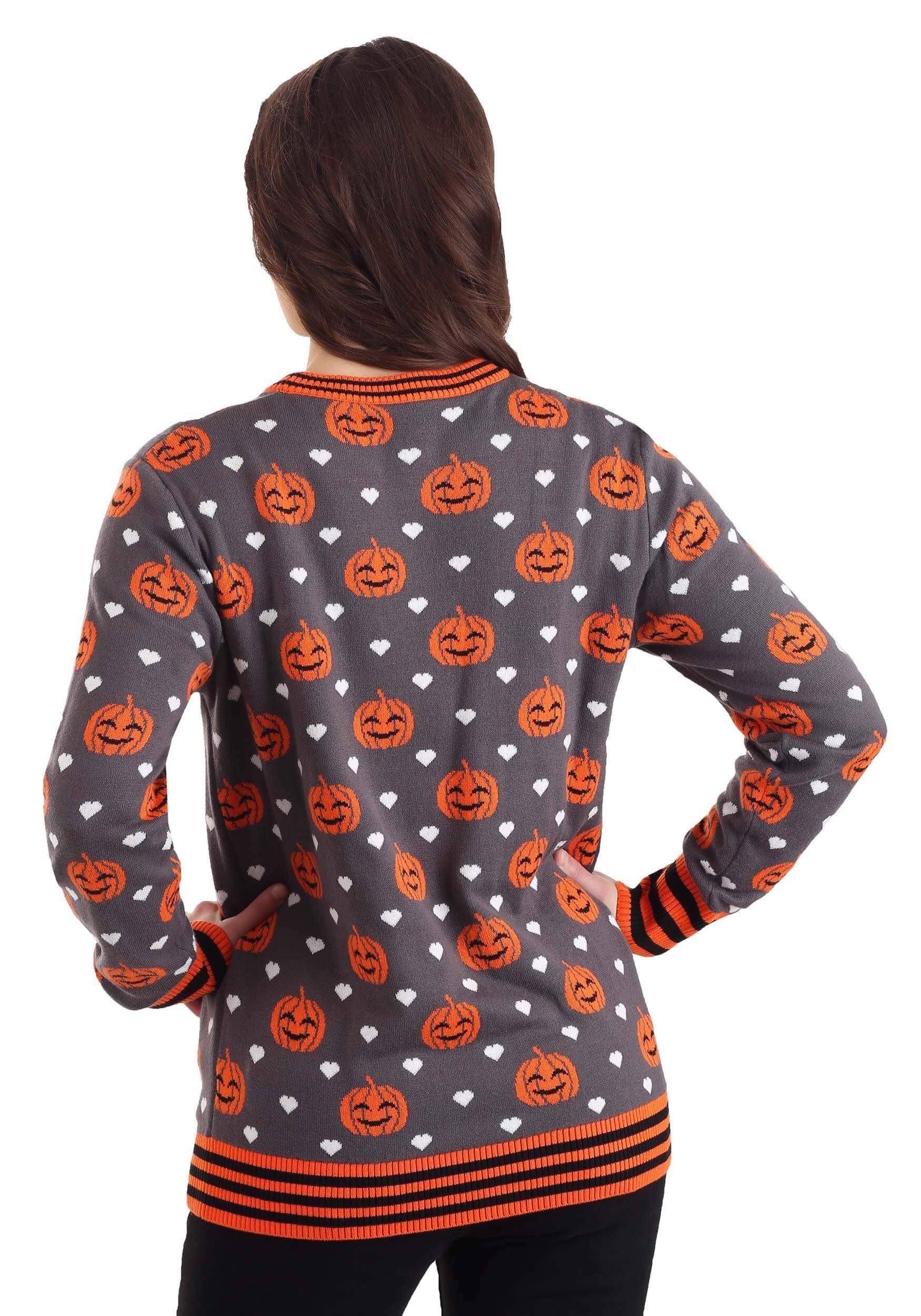 Care Bear Sweater from HalloweenCostumes.com (back)

The OG Care Bear herself, Luna would accessorize this cute sweater with radish earrings, a butterbeer cork necklace, and a pair of Spectrespecs. Luna would also probably have some theory that Care Bears aren’t bears but rather cursed warlocks from the astral plane, here to take their rightful place as our overlords and/or cuddle buddies (apparently). 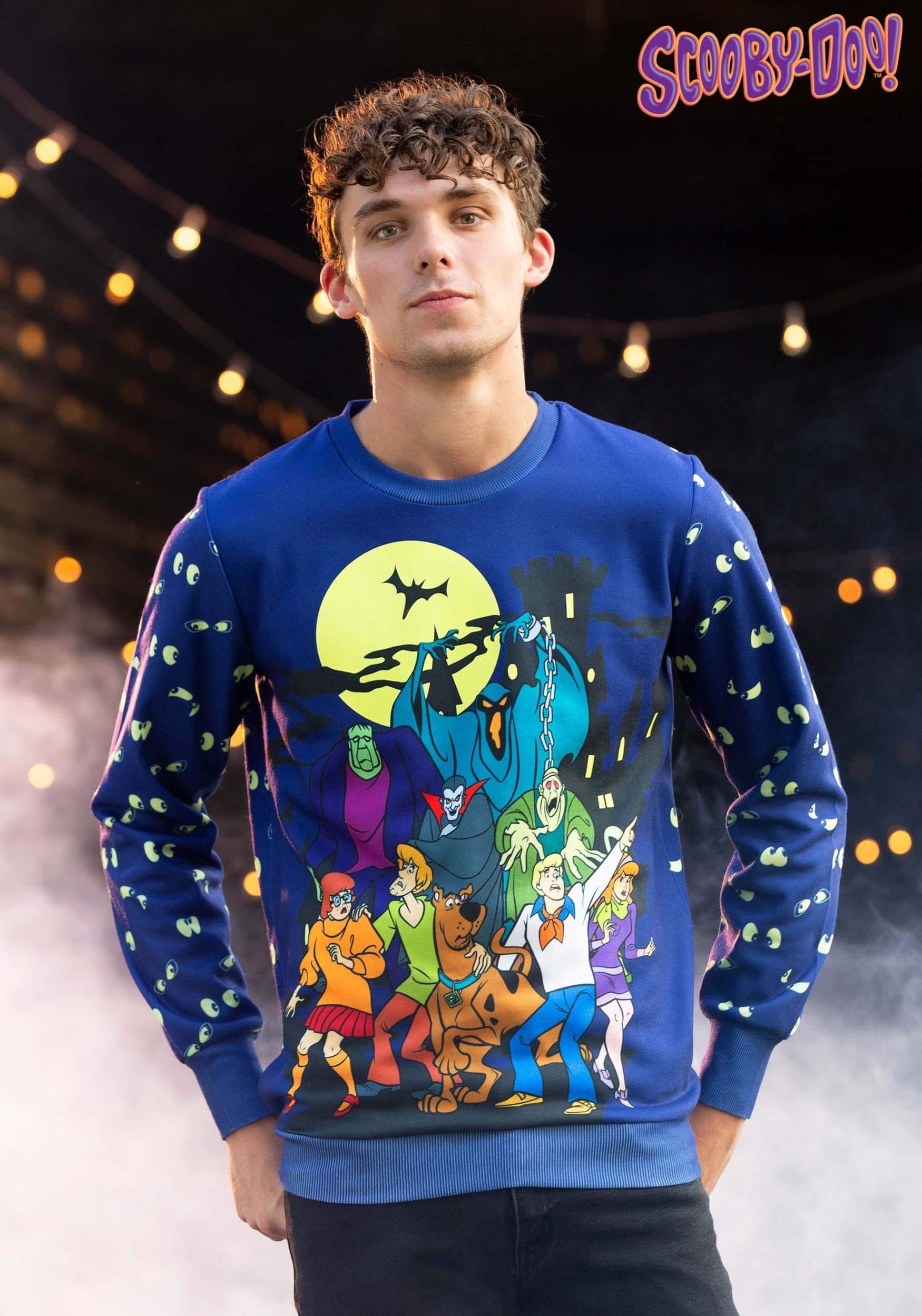 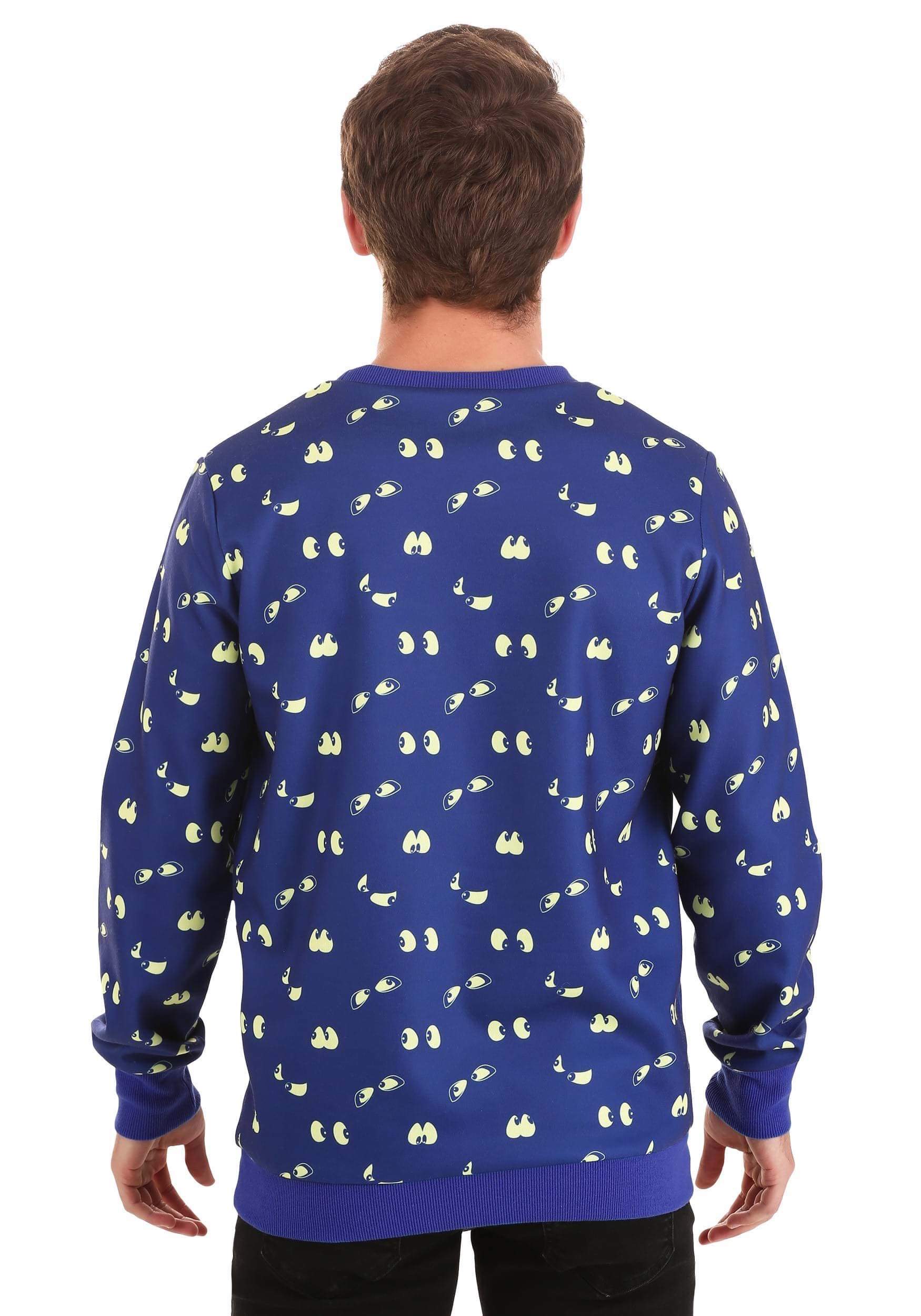 Scooby-Doo Glow-in-the-Dark Sweatshirt from HalloweenCostumes.com (back)

Of course Sirius knows about Scooby-Doo. The 1969 cartoon would have been the perfect Saturday morning defiance to his parents. “A Muggle cartoon? How positively dreadful.” – Walburga Black, probably. It’s anyone’s guess how Sirius spent his day wearing this sweater, but we think he’d be talking in “awoos” and only answering questions if he were presented with Scooby Snacks, much to the chagrin and confusion of every non-Muggle-born around him. 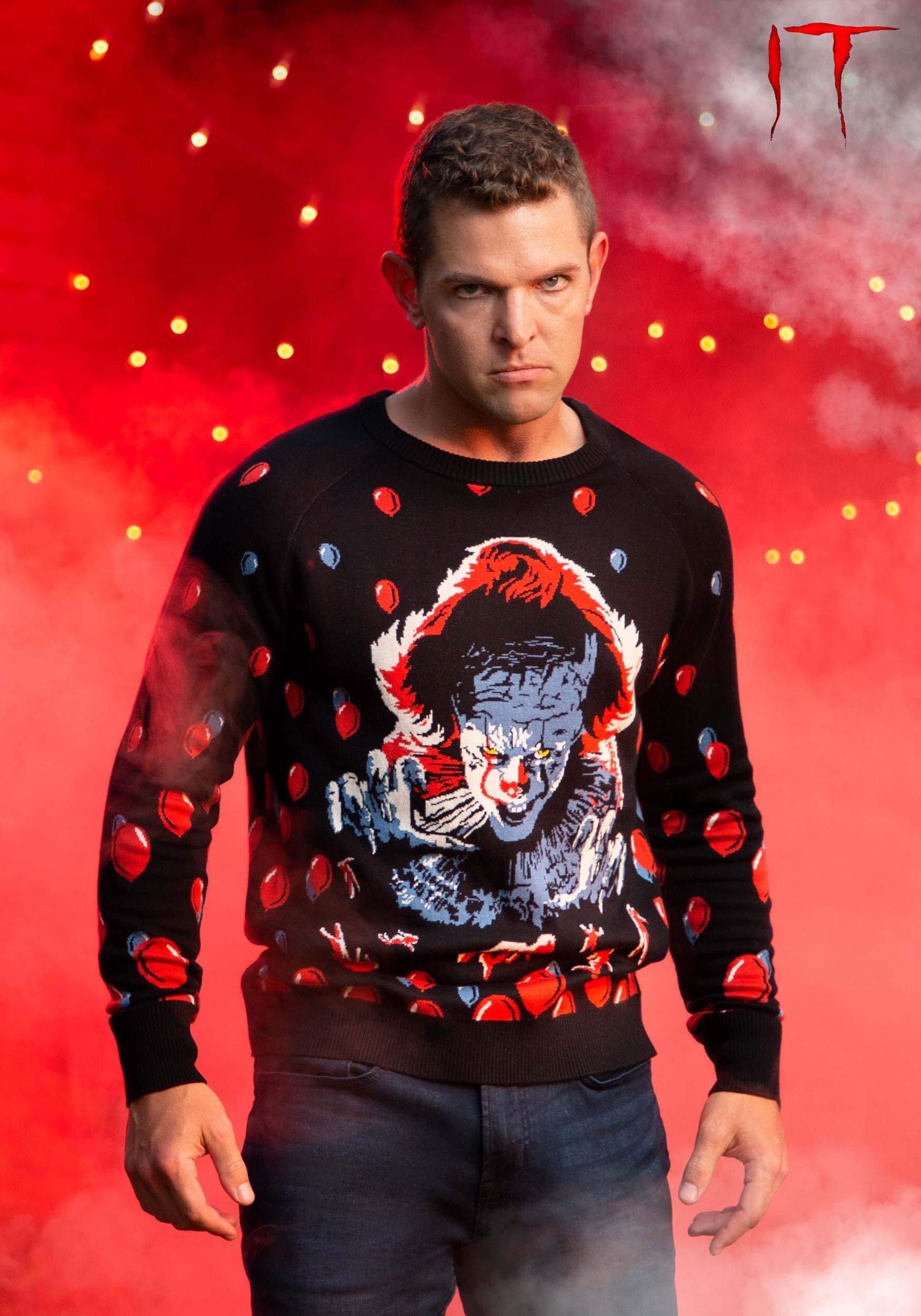 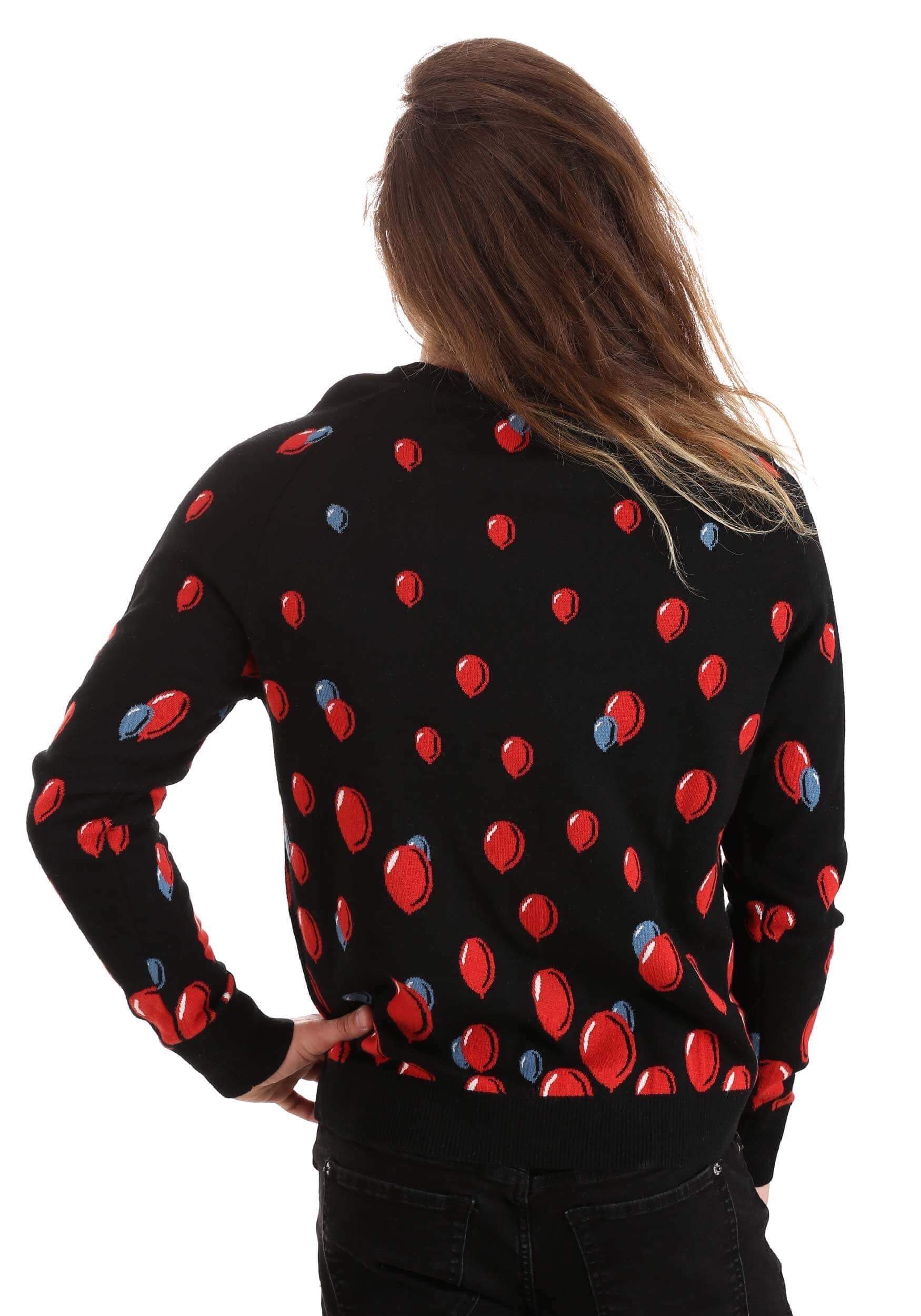 IT (2019) Pennywise Halloween Sweater from HalloweenCostumes.com (back)

It started as a light joke until – predictably – George got into it and ultimately took it too far, scaring the crap out of Madam Rosmerta by jumping out at her from a storm drain in Hogsmeade. George now has a two-month ban from the Three Broomsticks. (It was worth it.) 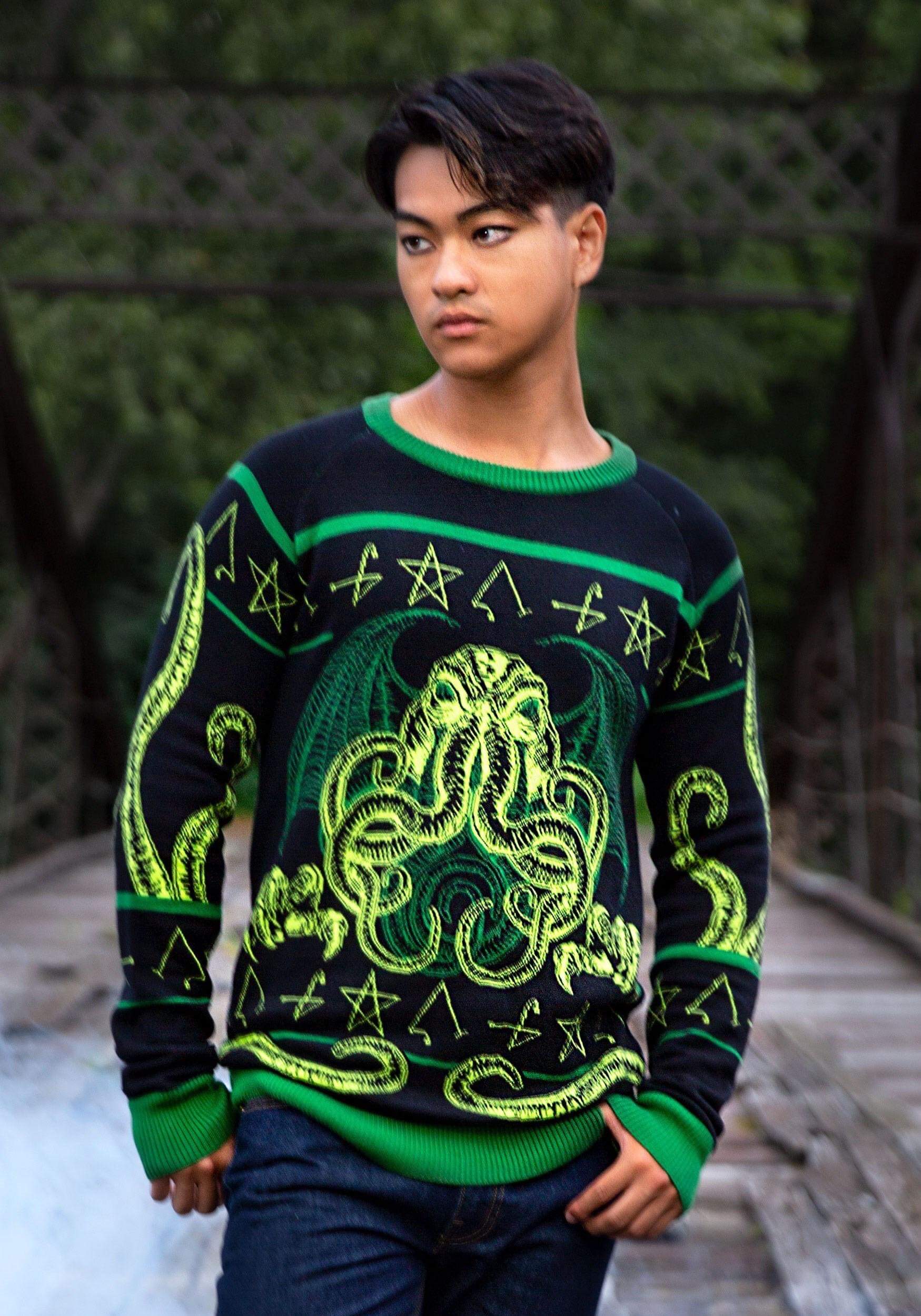 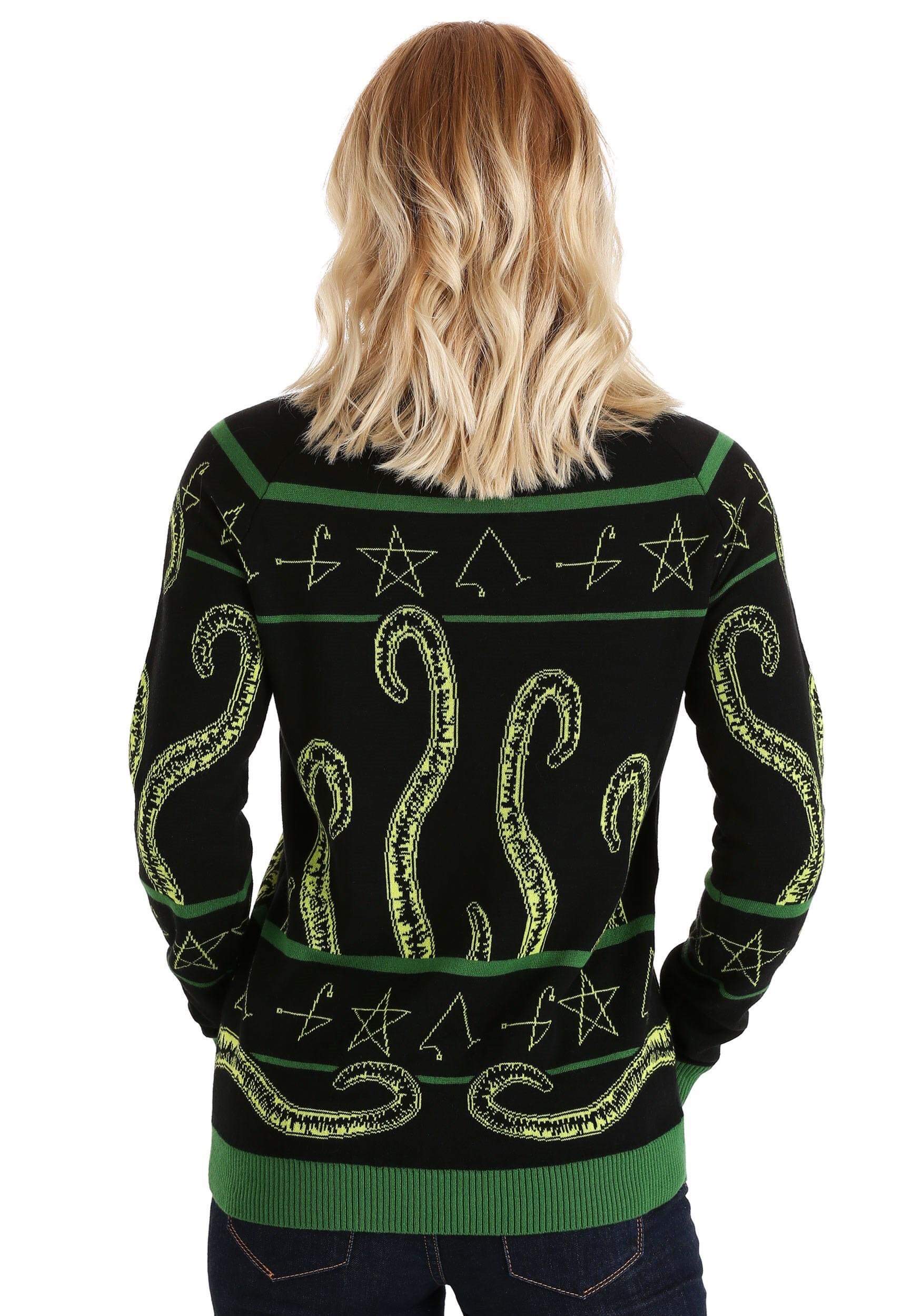 Rage of Cthulhu Halloween Sweater from HalloweenCostumes.com (back)

This colorful creature would proudly adorn Hagrid’s chest while he tells tell anyone who will listen that Cthulhu is not a monster of malevolent motivations wanting to break free from its shackles and enslave humankind with its brand of constant subconscious anxiety. It’s just “misunderstood.” 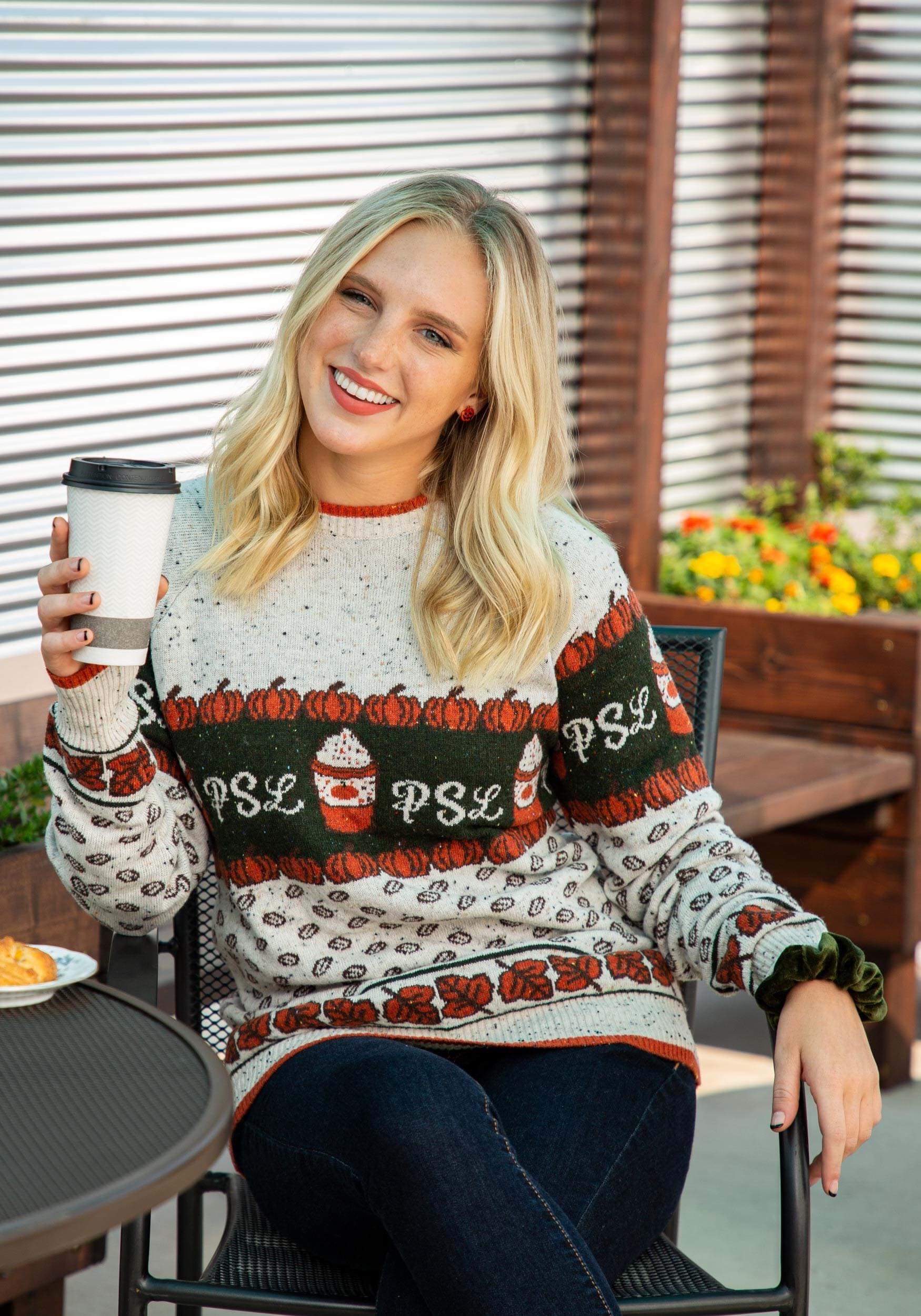 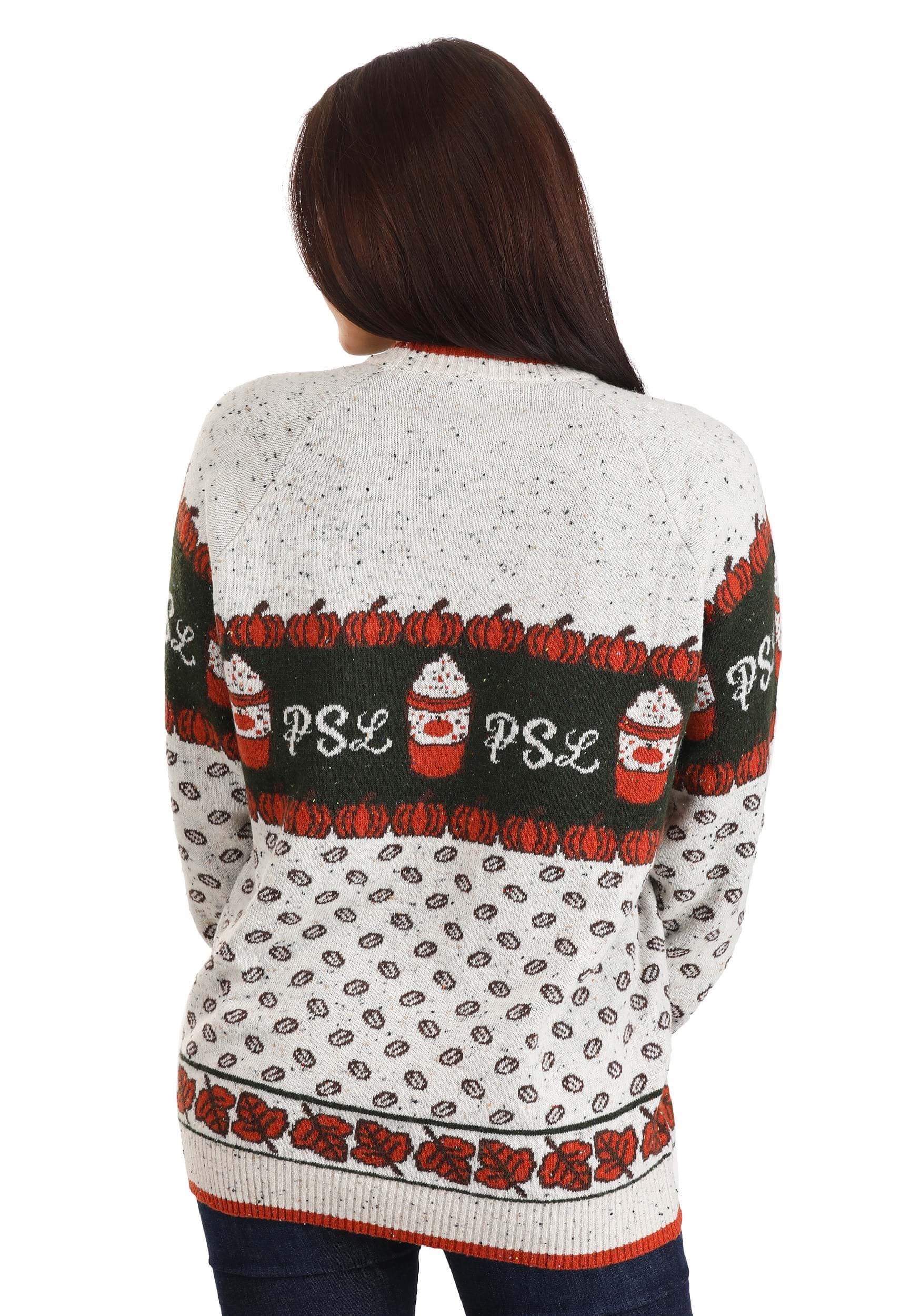 Lavender is not a horror-wearing babe, and that’s totally ok. She still likes to take part in holiday festivities, and she recently took a trip to Muggle London and fell in love with Starbucks. Bring on the Pumpkin Spice Latte Halloween Sweater. Plus, this sweater is also fall holiday-themed, so it’s double-use – smart. 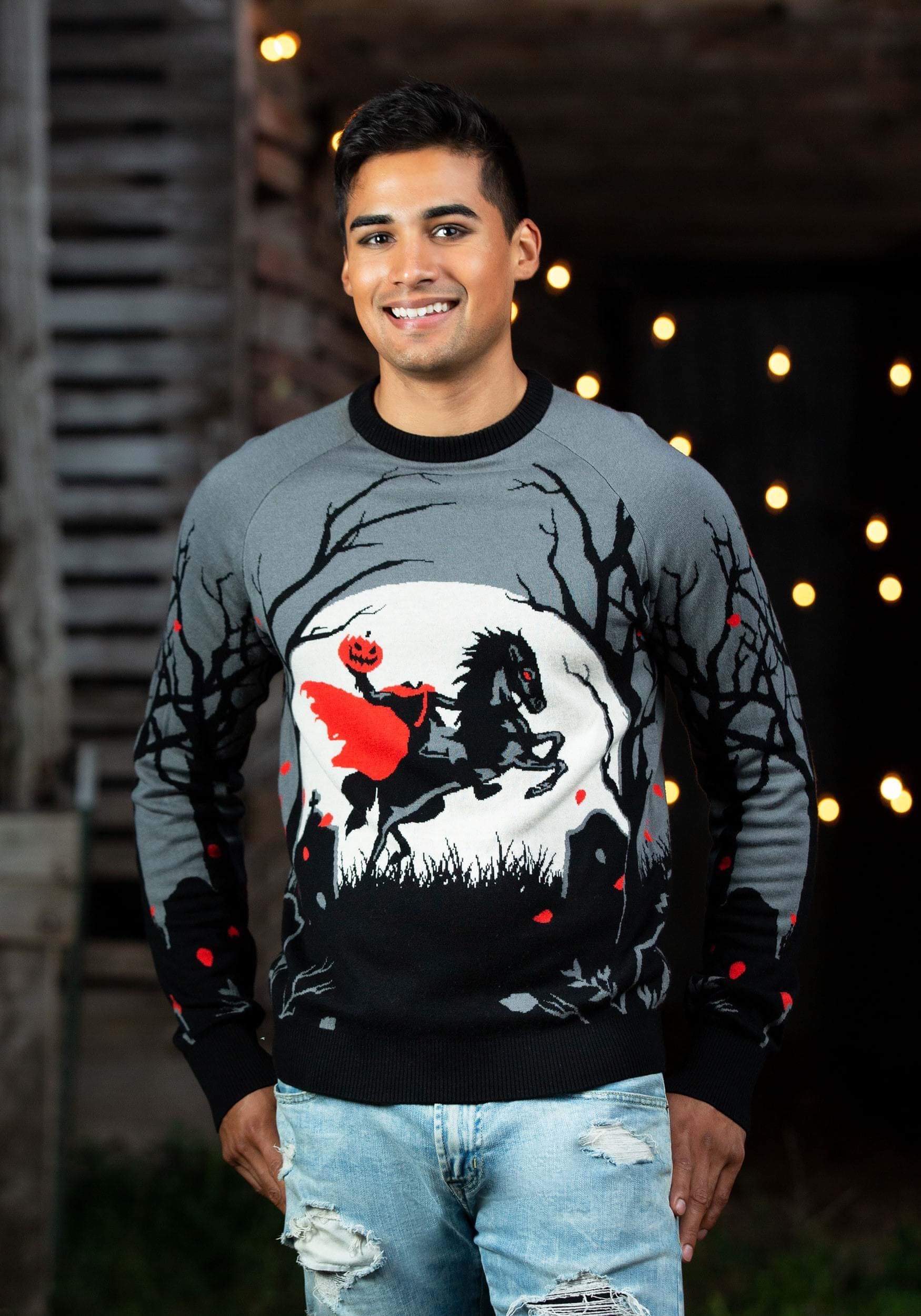 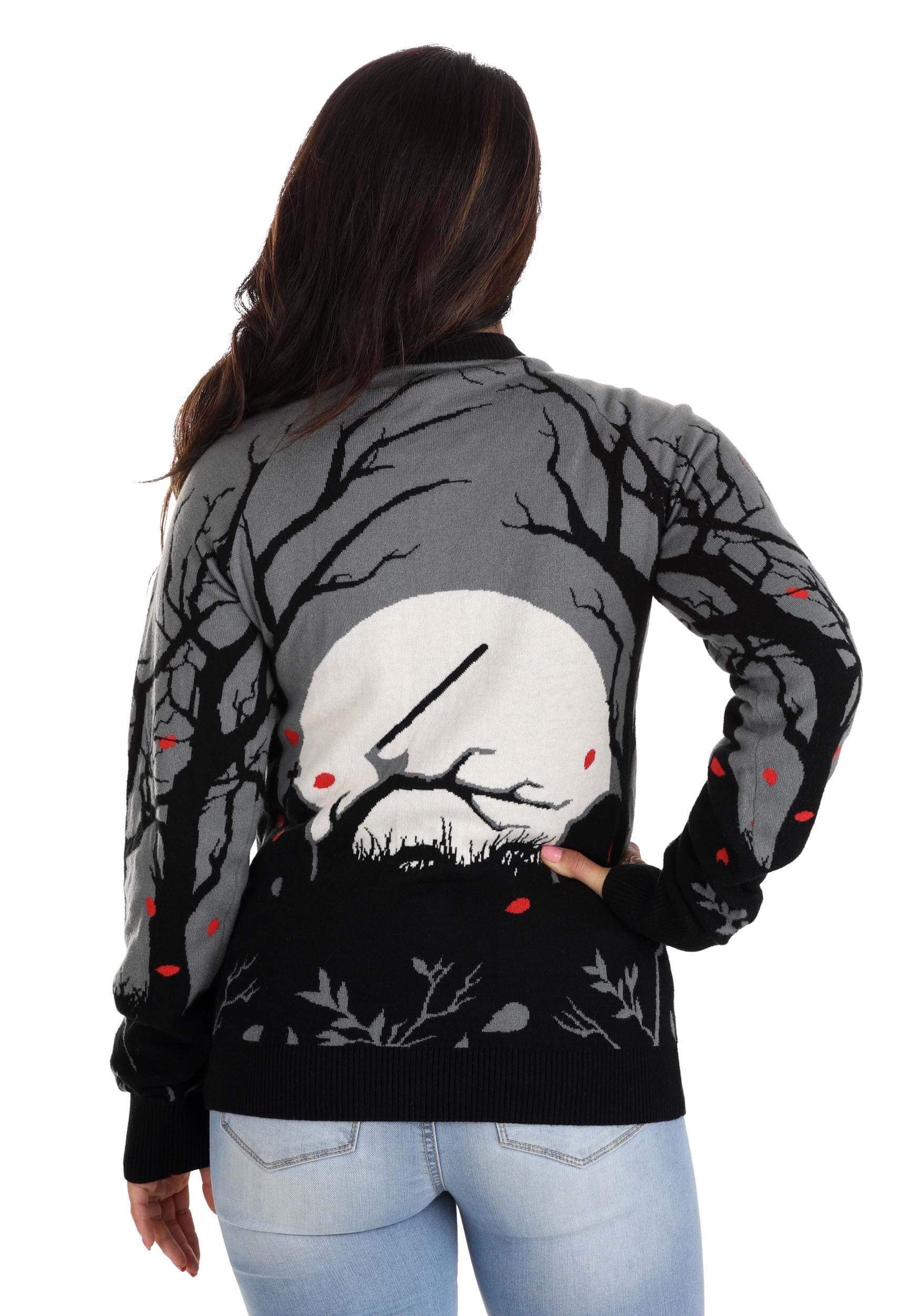 Sir Nicholas de Mimsy-Porpington may sound like an uptight, finicky dude, but he has a playful side. Nick would find no other outfit more appropriate for the spooky season than the Headless Horseman Halloween Sweater. It would certainly get the subtle message across to Sir Patrick Delaney-Podmore that he should go stick his detached head up a certain orifice. 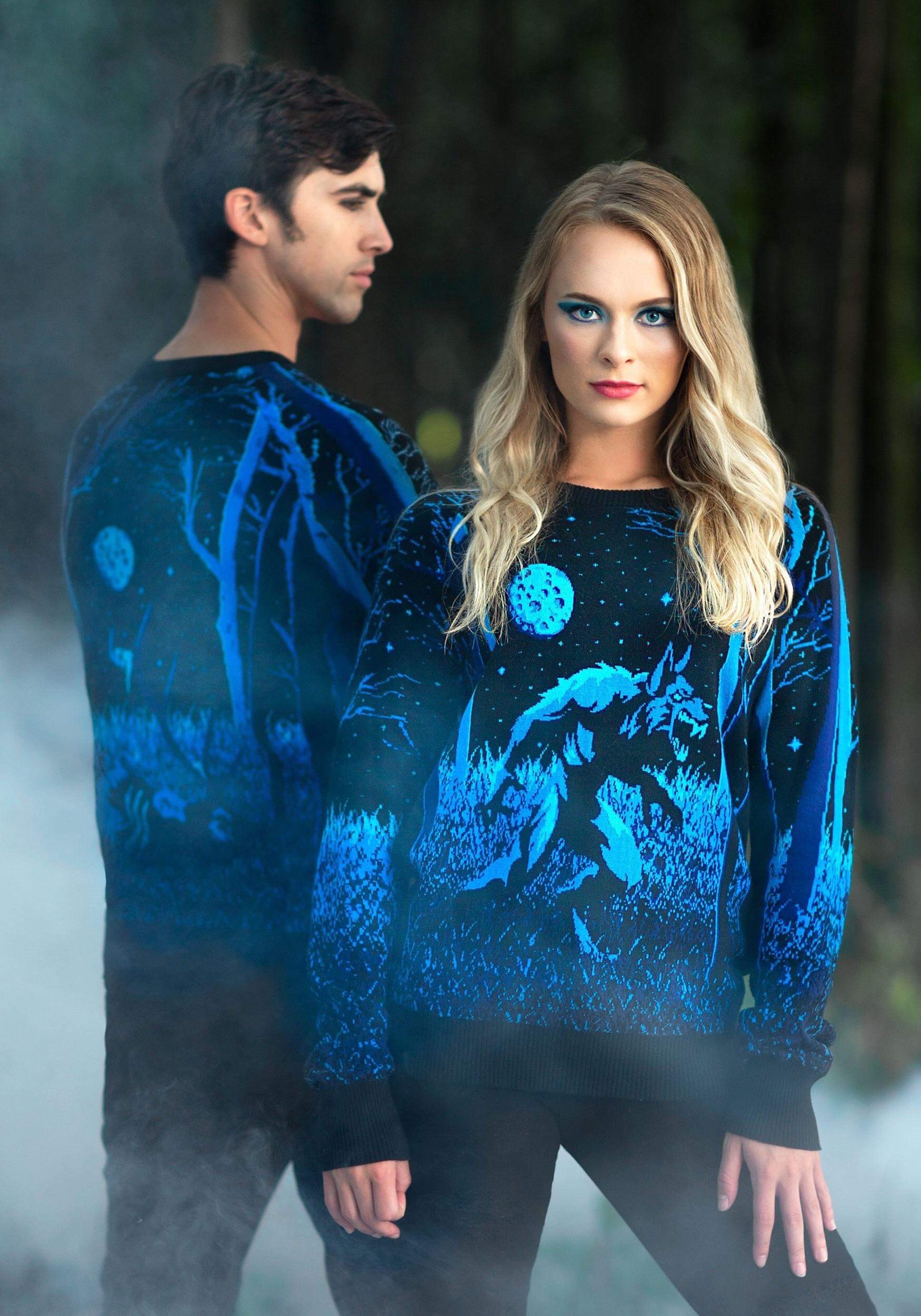 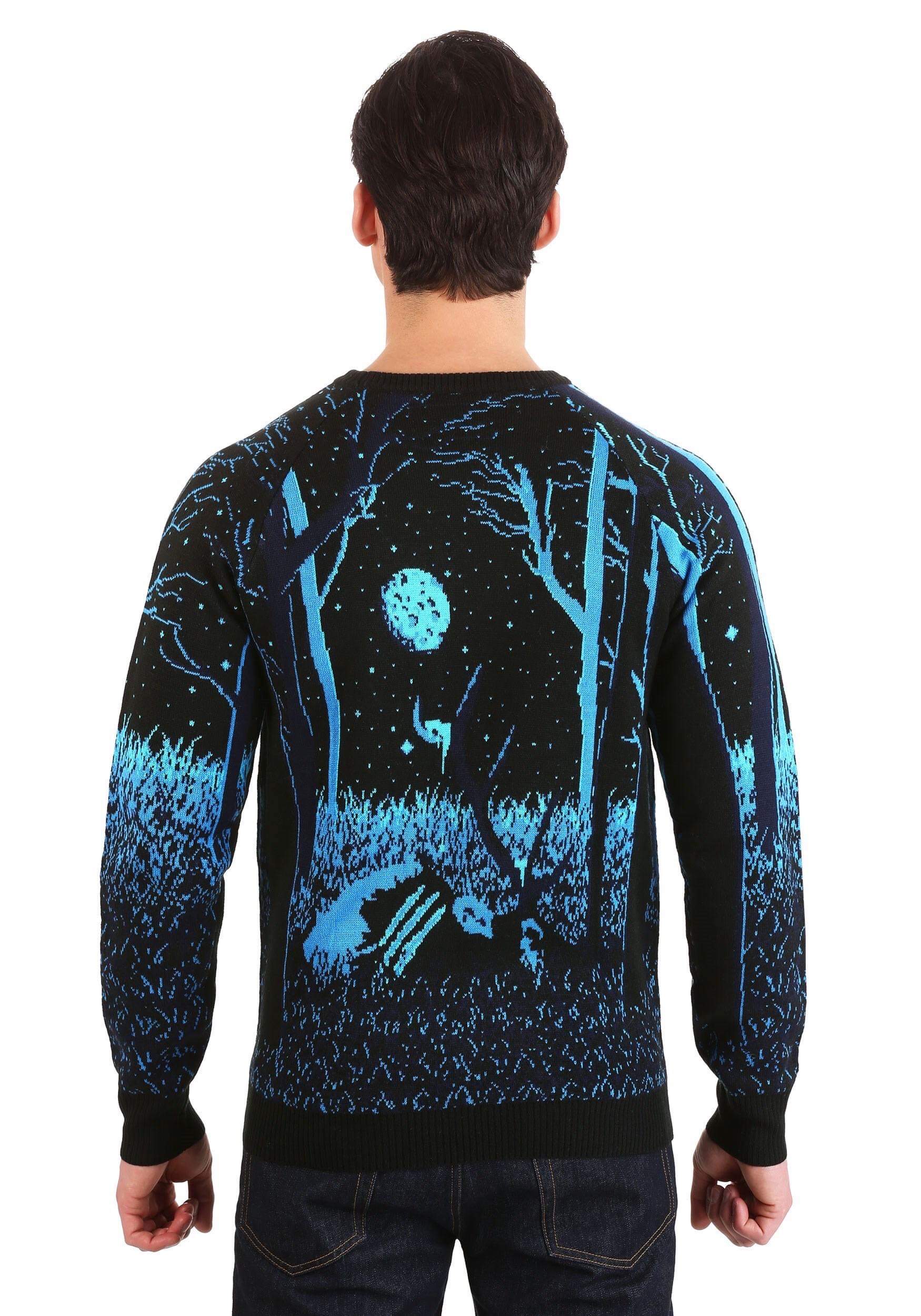 In solidarity with her husband, Tonks would proudly and defiantly wear the Prowling Werewolf Halloween Sweater everywhere she goes. We think most members of the wizarding community would have a little chuckle over her boldness; however, Remus might mentally facepalm after she and Sirius inevitably start a loop of howling.

What do you think? Be sure to check out the rest of HalloweenCostumes.com’s Halloween sweaters and let us know who you think would wear what!