Broadway Casting Announcement for “Harry Potter and the Cursed Child”

The full Broadway cast for Harry Potter and the Cursed Child has been announced by producers Sonia Friedman and Colin Callender. Performances for the single-show experience will begin on Broadway at the Lyric Theatre in New York on November 12, 2021. 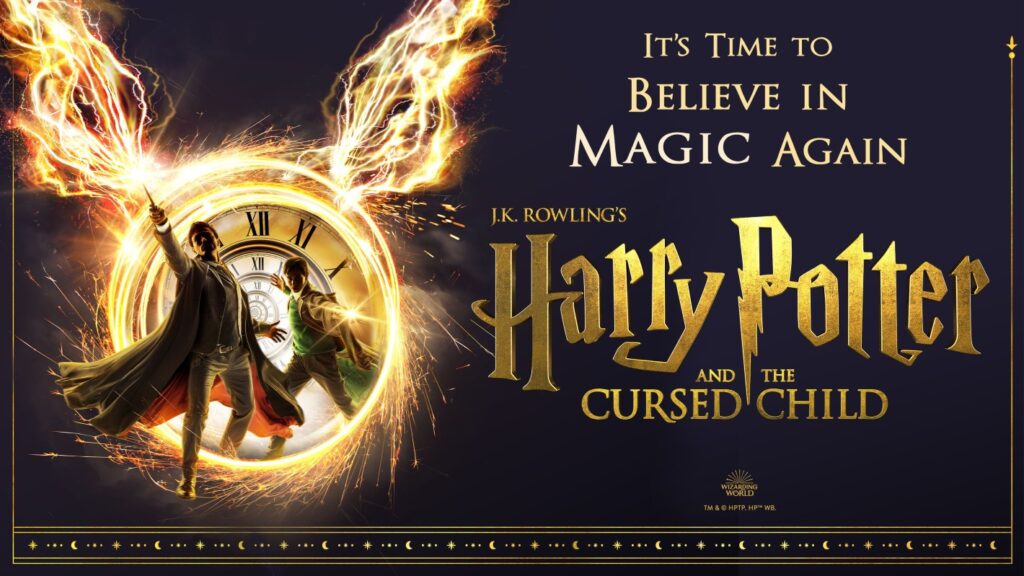 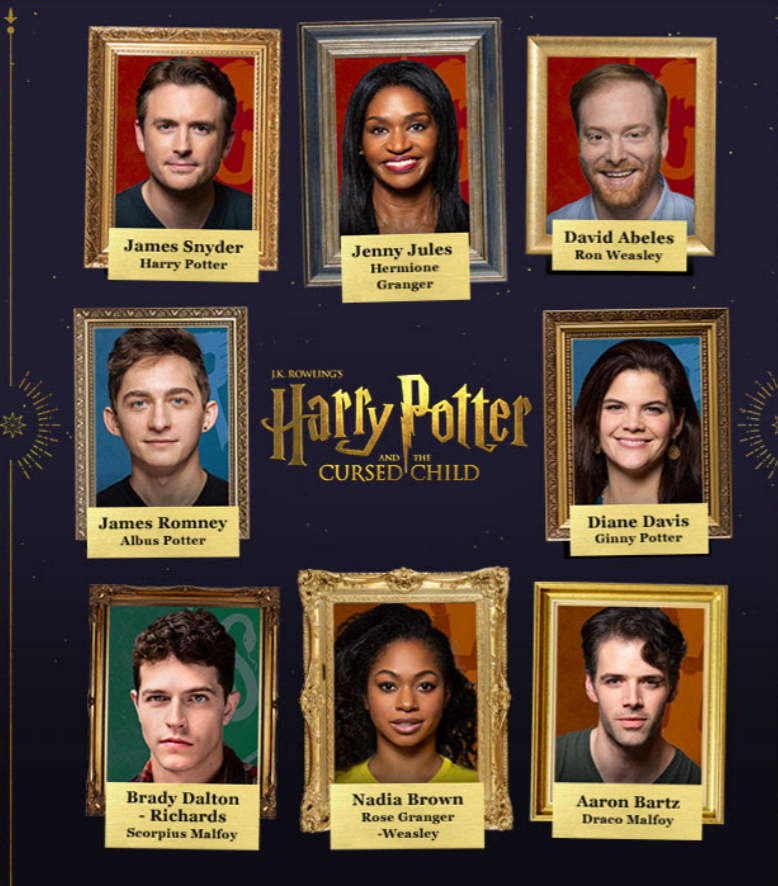 “Harry Potter and the Cursed Child” Broadway cast for 2021

This is the beginning of the single-part performances in North America compared to the two-part performances we were used to. Tickets are on sale now at the official site, and you can catch up on the latest safety protocols as well. The trailer for the upcoming performance looks spellbinding.

Cursed Child fans have a wonderful reason to celebrate. Here’s to hoping performances can resume indefinitely and the one-part show is as magical as ever. Are you excited about the return of Cursed Child?

Producers Sonia Friedman and Colin Callender are pleased to announce the full Broadway cast of Harry Potter and the Cursed Child, starting performances at the Lyric Theatre in New York on November 12, 2020. The world’s most award-winning new play returns to North America as a newly staged, single[-]show magical experience.

The cast includes James Snyder as Harry Potter [and] Diane Davis as Ginny Potter alongside James Romney as their son Albus Potter; David Abeles as Ron Weasley, Jenny Jules as Hermione Granger and Nadia Brown as their daughter, Rose Granger-Weasley; and Aaron Bartz as Draco Malfoy and Brady Dalton Richards as his son, Scorpius Malfoy.

For tickets to see Harry Potter and the Cursed Child on Broadway, visit www.HarryPotterBroadway.com.

Harry Potter and the Cursed Child originally cast a spell over the world as an epic two-part event. Now, the show has been boldly restaged as one singular performance by the award-winning creative team for its return to North America. With just one ticket in hand, audiences will enjoy all the adventure the continuation of Harry's story entails in one magical afternoon or evening.

The original two-part play will resume in London at the Palace Theatre on October 14, 2021, [and] in Hamburg at the Mehr! Theater on December 1, 2021, and the Melbourne production remains on pause due to the current government shutdown. The newly reimagined single show experience will premiere in San Francisco at the Curran on January 11, 2022. Future new productions launch in Toronto at the Ed Mirvish Theatre in May 2022 and in Tokyo at the TBS Akasaka ACT Theater in [s]ummer 2022. Details for all productions of Harry Potter and the Cursed Child can be found at www.HarryPotterOnStage.com.

"Harry Potter and the Cursed Child is one of the most defining pop culture events of the decade” (Forbes).

19 years after Harry, Ron and Hermione saved the wizarding world, they’re back on a most extraordinary new adventure – this time, joined by a brave new generation that has only just arrived at the legendary Hogwarts School of Witchcraft and Wizardry. Prepare for spectacular spells, a mind-blowing race through time, and an epic battle to stop mysterious forces, all while the future hangs in the balance.

The entire theatre has been transformed to immerse you in this one-of-a-kind experience packed with “thrilling theatricality and pulse-pounding storytelling” (The Hollywood Reporter). It will leave you “audibly wowed, cheering and gasping” (The Telegraph) as “visions of pure enchantment send shivers down your spine” (Rolling Stone). “You’ll be wondering ‘how’d they do that?’ for days to come” (People Magazine).

Do hold on to the edge of your seat, as this spellbinding spectacular will whisk you back to Hogwarts and beyond your imagination for a one-of-a-kind journey that is everything you hoped for and more.

For the latest health and safety protocols please visit www.HarryPotterBroadway.com/safety.