“Harry Potter and the Deathly Hallows”: The Ending That Could Have Been

I’m one to argue that the Harry Potter series was absolutely perfect, but with one exception – the end of Harry Potter and the Deathly Hallows. Harry repairs his wand. Then what? For many, this fast resolution left a lot of questions. In every book in the series, there is a resolution that slows down enough for us to be in Harry’s head. And yet this ending falls short. My headcanon gives me so much more closure. Let’s take a look into what happened after Harry’s long-awaited nap in Gryffindor dormitory. 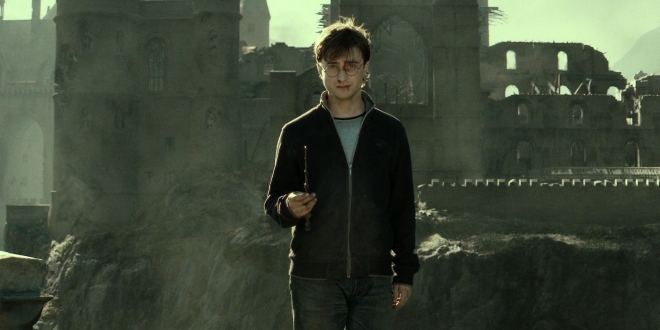 When Harry awoke, it took a while to understand why he felt so miserable. His whole body ached. Images of the last 24-hours swirled around in his brain – his parents’ faces, Snape bleeding out, Fred dead. Tonks dead. Lupin dead. Harry opened his eyes. He had to move and do something, anything other than this.

He found Ron sitting in a chair next to the stairs in the Common Room. His head was propped against the side of the chair, and he was fast asleep. It looked as if he had been standing guard so no one would disturb Harry. Ron, like a parent waiting for the slightest sound of a newborn baby, started awake. His bleary eyes looked up at Harry.

“Hermione is getting you dinner,” he said, rubbing his eyes. “Ginny came asking for you. She keeps coming back, then leaving to-,” his voice broke off. Harry knew why Ginny needed to leave. He felt a wave of pain for Ron.

“You should go too. You need to be with your family. I’ll be fine.”

“Most of them have been sleeping most of the day anyway,” Ron shrugged, but he still stood up to stretch. “Are you really okay?” Ron asked, looking intently at Harry’s face.

Harry looked deadpan at Ron, “Are any of us, really?”

“Guess not,” Ron said, staring numbly back. “Madam Pomfrey is itching to take a look at you, though. I’ll be back in a few hours,” he yawned as he left the portrait hole.

It was quiet for a moment. The silence after the day’s events was off-putting. Ginny came in a few minutes later, and Harry’s chest filled with a warmth he didn’t know he could muster. Ginny, with her wild hair and soot-covered face – she was so pretty, even when she looked like she’d been through hell. 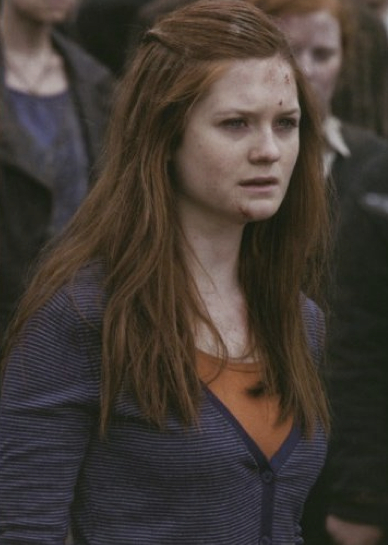 “Hermione got you some food,” she looked at Harry, setting down the plate, hesitating only slightly. Harry took the few steps it took to close the gap between them and hugged her tight. He was very aware of every single part of her body that was still warm, her heart still beating, still alive. Still alive. Ginny began to cry softly in his ear.

“Don’t,” Ginny said, clasping a hand roughly on the back of his head, holding him closer. “You’re okay. Let’s just be sad. It’s okay to be sad.”

Grief is strange. It comes in waves – overwhelming sadness, then numbness. When tears were spent, they sat down on the couch, Ginny’s head resting on Harry’s shoulder. Ginny didn’t press for information. They had all the time in the world to get into the details. There were long moments where they didn’t speak at all, others where Ginny explained what was going on downstairs.

Madam Pomfrey had sent for St. Mungo’s recruits to assist in tending to and transporting the wounded. Many families had left with their children a few hours ago. Some bodies were still being identified. Kingsley personally delivered the news to Andromeda of Tonks and Lupin before heading off to the Ministry. Funeral arrangements for Fred were already being made, scheduled to be in three days. The Weasley’s were preparing to leave tomorrow morning after sleeping some more that night.

“Mum insists you come with us. And I don’t think you’ll have a choice because I’m not leaving without you,” Ginny said, her voice a forceful rasp.

The same day the Weasleys headed home, Hermione left to get her parents. On the day of Fred’s funeral, Hermione arrived at the Weasley’s in tears, hugging Ron tightly.

“My parents are in an undisclosed location, just to be safe. There are still some Death Eaters at large who may want to take out some revenge,” Hermione said through glistening tears. “ But they know who I am now. I can’t believe it.”

Fred’s funeral was unbearable. George had prepared a eulogy. However, just before the service started, George handed the parchment to Ron, choking back the dam that was threatening to break through his throat. Ron sniffed his way through delivering the eulogy, providing a lot of laughs and tears to the crowd. Lupin and Tonks’s joint funeral was somehow inexplicably worse. Harry held Teddy for the first time and it felt like staring into pain itself- an orphan holding another orphan. Harry silently swore that he would make sure Teddy knew he was loved despite this. Everything would be okay with time, Harry thought. But right now, it was okay to not be okay.